Bulgaria notoriously ranks at the bottom of all judicial independence and corruption indexes in the EU, even lagging far behind Member States such as Hungary and Poland. Under the guise of implementing EU recommendations and the case-law of the European of Human Rights (ECtHR), a reform proposal by Bulgaria’s Ministry of Justice (MoJ) is about to threaten Bulgaria’s judicial independence even further.

In the next few days, the MoJ is expected to roll out a reform proposal which officially aims to establish a new accountability mechanism specifically tailored for the top three magistrates in Bulgaria. Those include the President of the Supreme Court of Cassation (SCC), the President of the Supreme Administrative Court (SAC) and the Prosecutor General (PG), all of whom benefit from a special status under the Bulgarian Constitution.

Officially, the reform proposal is announced as implementation of the recommendations of the EU Cooperation and Verification Mechanism (CVM) as well as the case-law of the ECtHR, both of which have repeatedly stated that the office of the Bulgarian PG lacks sufficient accountability. However, as it is usually the case with all Bulgarian judicial reforms, there is much more to this than meets the eye.

In 1991, after the collapse of the communist dictatorship, Bulgaria adopted a new Constitution with the intention of establishing a democratic state under the rule of law. It contains a separate chapter dedicated to the judicial system, which envisages that the new judicial branch includes the judiciary as well as the office of the public prosecution and the office of criminal inquiry (conducting criminal investigations independently from the executive branch) under the same umbrella. The new Constitution adopted a Euro-model Supreme Judicial Council (the Judicial Council) charged with extensive powers, including the appointment, transfer and dismissal of all judges, public prosecutors and criminal inquirers (collectively referred to as “magistrates”). The President of the SCC, the President of the SAC and the PG serve as its ex lege members, each of them with an individual seven-years term.

With respect to top three magistrates, the new Constitution provides that each of them is appointed and dismissed under a special procedure upon a resolution of the Judicial Council with the approval by the President of the Republic. However, unlike the rank and file magistrates, there is no mechanism for their temporary suspension during criminal or disciplinary proceedings against them.

By envisaging special constitutional status for the top three magistrates, the Constitution in fact tried to merge the Euro-model Judicial Council with the old soviet model of the administration of the judicial system, where all the power was in the hands of one powerful individual, the President of the totalitarian Supreme Court for the courts or the PG for the “prokuratura” (the soviet public prosecution office) respectively. Thus, under the new Constitution the administration of the justice system is turned into a powerplay between the majority of the members of the Judicial Council and the top three magistrates.

The Presidents of the Supreme Courts, however, did not keep any of the old arbitrary powers from the soviet times and, currently, they are high-ranking judges, each of whom is acting as primus inter pares in his respective court. The development of the office of the PG, however, took an entirely different route. This office remained more or less unaltered together with its subordinated office of the public prosecution, which retained many of features of the old “prokuratura”. The PG thus continues to be able to arbitrarily start, stop, suspend or terminate, and control any criminal investigation in Bulgaria as well as to exercise other unchecked executive and investigatory powers. Unlike in totalitarian times, however, when the PG was subject to the control and the supervision of the dictatorship, he is now freed from any subordination. The first appointed PG under the new Constitution even publicly stated that there is no-one above him except God. This attitude of empowered unaccountability was embraced without exception by all of the successors to the office of the PG. Despite the numerous reports of abuses, failed criminal investigations, or complete lack of criminal investigations for certain crimes such as high-ranking corruption, no PG has been held accountable or faced any consequences for his acts or omissions in the last three decades.

Long overdue, the MoJ has signaled in the past few weeks that it will issue the first draft of a new reform proposal intended to establish new accountability mechanisms for the President of the SCC, the President of SAC and the PG, with the intention of satisfying the recommendations under the CVM and ECtHR case-law. This new mechanism is expected to provide for temporary suspension from office of the top three Bulgarian magistrates in the event of disciplinary proceedings for grave professional misconduct or criminal investigation.

This announcement raises a number of questions. Firstly, the CVM and the ECtHR never mentioned issues related to the accountability of the Presidents of the Supreme Courts. Only the status of the office of the PG has been questioned time and again in that respect. The first are high-ranking judges, who should benefit from full protection of their judicial independence, the latter is a magistrate, who is empowered with extensive investigatory and executive powers. The difference in the duties should show in a difference of accountability. Secondly, a procedure for suspension from office is generally aimed at ensuring a thorough and independent investigation against a person, who, if not suspended, is able to exercise influence over the outcome of such an investigation. Only the PG is empowered to do that. Third, it is unclear why the temporary suspension is envisaged both for disciplinary proceedings for any grave professional misconduct as well for cases of criminal investigation against the top three magistrates. While a criminal investigation, where a probable cause has been established, may, in general, constitute legitimate grounds for temporary suspension of a magistrate, a mere accusation of grave professional misconduct, which does not amount to a crime, usually is not. Any such mechanism should primarily strive to strike the right balance between independence and accountability. The reform announcement, however, did not mention any specific due process guarantees in that respect.

Thus, the MoJ’s proposal leaves one with the impression of attempting to establish a false equivalence between the offices of the Presidents of the Supreme Courts and the PG. Given the intended scope, the timing and the context in which the reform proposal is introduced, one cannot but draw the conclusion that this new accountability mechanism is in fact targeted at something entirely different from what was officially announced.

The Curious Case of Lozan Panov

Mr. Lozan Panov was appointed as President of the Supreme Court of Cassation at the beginning of 2015. At that time his appointment was deemed controversial due to certain procedural irregularities and due to the fact that his candidature was openly supported by the most powerful members of the Judicial Council, including the President of the SAC and the PG, whose careers and appointments were also marred in controversies in the past and who cannot be accused of ever being staunch defenders of judicial independence. In fact, the case of Mr. Panov turned out to be a most classic case of affirmation of the judicial independence of a judge, who, once appointed, refuses to demonstrate any loyalty to those who have appointed them.

From the very beginning of his mandate, Mr. Panov rose to become one of the most prominent defenders of judicial independence in Bulgaria and an outspoken critic of the corruption and malpractices in the Bulgarian judiciary. Mr. Panov did not spare criticism, neither for the Bulgarian political class for its disrespect for the judicial independence and the half-hearted legal reforms, nor the EU institutions for becoming unlucky accomplices contributing to the deterioration of the rule of law in Bulgaria. He has repeatedly shed light on the undisturbed and pervasive corruption within the justice system and warned that under the surface there is an ongoing battle in Bulgaria for the complete subjugation of the courts:

“Unfortunately, nobody is able to determine at which point a democracy should be considered dead, at which point the rule of law starts to backslide and becomes an empty shell. There is no precise measure. However, the circumstances in Bulgaria from the past few years remind me of the historical context in which the national socialism developed.”

No high-ranking Bulgarian judge has dared to speak this way in the living memory. Unsurprisingly, the speeches of Mr. Panov were met with a severe backlash, with accusations of political speech and threats of impeachment by the Judicial Council, members of the political class and the media. Further, Mr. Panov was also involved in a series of extremely suspicious and life-threatening accidents, which were not properly investigated by the authorities. This has culminated a few weeks ago with the Prime Minister unprecedentedly proclaiming in a TV interview that he has lost confidence in the President of the SCC.

The Implications of the New Accountability Mechanism for Judicial Independence

There is every reason to believe that the new accountability mechanism, if adopted as announced by the MoJ, will in fact endanger judicial independence in Bulgaria. One can confidently say that this reform proposal has everything but the name of Mr. Lozan Panov written on it taking into account the ongoing backlash against him as well as the incessant political, media and even physical threats and intimidation.

If this mechanism is implemented in the Bulgarian institutional context, there is a high risk that Mr. Panov will be temporarily suspended from office by the Judicial Council on the grounds of grave professional misconduct, consisting of engaging in political speech. Politically, this will also be eased by the transition period after the European elections, during which the EU Commission will not be able to effectively monitor judicial independence in Bulgaria or act in a timely fashion. If the act for temporary dismissal is appealed before the Supreme Administrative Court, the judgment will be pronounced within one, two or more years as the usual practice is. Taking into account that Mr. Panov has less than three years until the end of his seven-years term, this means that such temporary suspension will equal his de facto dismissal. Thus, the new accountability mechanism introduced officially under an EU recommendation to make the office of the PG more accountable, will in fact turn into a subversive attack on Bulgarian judicial independence.

One will not have to wait long to see whether these legitimate concerns are justified. Unfortunately, there is every reason to believe that such a covert attack on Bulgarian judicial independence disguised as mere implementation of the CVM and ECtHR recommendations may easily pass under Brussels’ radar. Unlike Poland and Hungary, where the governments did not try hard to hide their intentions and undertook deep constitutional and legislative changes targeted at judicial independence, Bulgaria may be on the brink of a more creative, sinister and discreet way of achieving the same result. One which will be labelled as implementation of EU standards and, therefore, will not be able to provoke an adequate and timely response by anyone, who is not deeply familiar with the Bulgarian context1).

Silently suffocating the strongest voice defending judicial independence is a dream for any aspiring autocrat. Let us hope that it does not turn into a nightmare for anyone hoping to see the rise, not the end of judicial independence in Bulgaria. Otherwise, everyone, including the EU, may end up dancing as T.S. Eliot’s hollow men around the prickly pear of the Bulgarian rule of law. 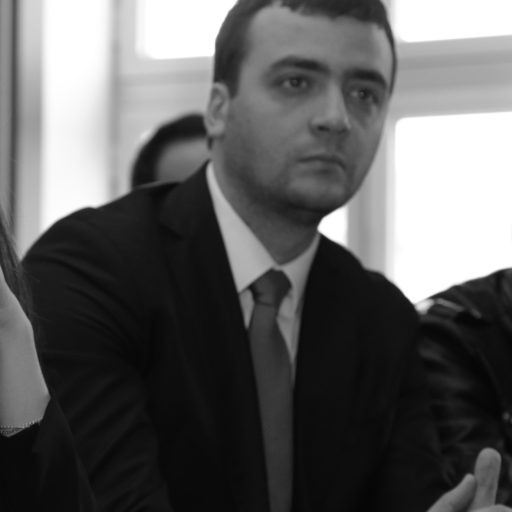 Other posts about this region:
Bulgarien 1 comment Join the discussion
Go to Top