Time for Reform in Bosnia and Herzegovina

25 years of the Dayton Peace Agreement

On November 21, 2020, the General Framework Agreement for Peace in Bosnia and Herzegovina, also known as the Dayton Peace Agreement (DPA), turns 25. Just a few days before, on November 15, Bosnian citizens were called to renew the municipal councils across the country. Even though the three traditional ethno-nationalist parties still control the majority of municipalities in the country, they lost key centers as Sarajevo and Banja Luka.

The poor management of the pandemic exacerbated the already high level of corruption and the recurring stalemate in political institutions, and Bosnian voters in major cities used the local elections to express all their discontent with the political conduct of the ruling parties. It is clear today that the system put in place by the DPA 25 years ago is not a sustainable solution. The constitutional system is too complex to handle new challenges. Even though it is no longer at the top of the international agenda, the DPA and its reform is more relevant than ever.

In 1995, following the dissolution of former Yugoslavia, the war in Bosnia-Herzegovina was in its third year. Sarajevo was under siege, and the international community had well demonstrated its incapacity to protect civilians at Srebrenica, where in July more than 8,000 Muslim boys and men had been massacred by the Bosnian-Serb militias under the command of Ratko Mladić, right under the UN’s eyes.

Until that moment, the initiatives undertaken by the UN and the European Community had been inconsistent, due to the lack of political will and of a coherent strategy. On the other side of the Atlantic, the Bush administration was not interested in any military commitment in a war too close to the presidential elections. Once elected president, Bill Clinton had another view on the potential benefits coming from the resolution of the Bosnian war. In fact, with no one capable of finding a durable solution to such a complex situation, whoever could have convinced the three parties at war to commit to peace would have demonstrated their undeniable diplomatic and political supremacy.

The negotiations for the Dayton Peace Agreement started in early November at Dayton, Ohio. Demonstrating that the Bosnian war was indeed a civil war fought on behalf of foreign governments, the peace talks included the presidents of Croatia and Serbia, representing the Bosnian-Croat and Bosnian-Serb factions, respectively, along with the president of Bosnia-Herzegovina, on behalf of the Muslim population. The US had assumed a leading role in the negotiations, leaving the European Community in a secondary position. After a difficult negotiation, the Dayton Peace Agreement was concluded on November 21, and was later signed in Paris on December 14.

After four years of conflict, more than 100,000 deaths, and many failed attempts at peaceful resolution, the United States was the only one standing, reminding the post-Cold War world of its strength.

Besides officially ending the war and providing for a post-conflict settlement, the agreement included the new constitution of Bosnia-Herzegovina. The text was written without any direct involvement of all the parties at war, or of the Bosnian population collectively intended, as demonstrated by the fact that it was originally written in English and then translated into the local language only at a later stage. Like the rest of the agreement, the constitution was the result of the talks between the US, Croatia, Serbia, and Bosnia representing the Muslims.

What came out of the negotiations was a complex institutional architecture, providing for a quasi-federal system with strong power-sharing arrangements. Given the disaggregating character of the war, with the Croat and Serb factions supporting secession, a federation was not a viable option. However, Bosnia remained a sovereign state divided into two entities, the Federation of Bosnia-Herzegovina (mixed majority of Croats and Muslims) and the Republika Srpska (Serb majority), along with the autonomous Brčko District. The Federation of BiH was further divided into ten cantons, adding a fourth level of government: state; entities; cantons; autonomous district.

After a long experience of peaceful coexistence among its peoples, the „new“ Bosnia was organized under strong consociational mechanisms, with three “constituent peoples”, indicated by the Preamble, entitled to share power: Bosniacs (Muslims), Serbs (Orthodox), Croats (Catholics). The Preamble also provides for a residual category, the “Others”, i.e. national minorities such as Jews and Roma, as well as people not willing to affiliate to any of the three ethnic groups.

Therefore, the political institutions at the state level are designed according to such principle. The presidency is collective: one Bosniac, one Serb, one Croat. The lower chamber, the House of Representatives, is elected proportionally and its seats are assigned on a territorial basis: two-thirds from the territory of the Federation, and one-third from the territory of the Republika Srpska. The higher chamber, the House of Peoples, is composed of 15 members (5 Bosniacs, 5 Serbs, 5 Croats), who are indirectly elected by the members of the second chambers of the two respective entities. The only exception is the Constitutional Court, with 9 members, i.e. 2 Bosniacs, 2 Serbs, 2 Croats, and 3 international judges appointed by the president of the European Court of Human Rights, making the Bosnian Constitutional Court one of a kind.

The equal representation of groups in the political institutions is one of the four main features of consociational democracies, along with proportional representation, autonomy, and veto power. In Bosnia, such features are taken to the extreme. In fact, aside from the articulated composition of the political institutions, autonomy and veto power play a significant role in the overall functioning of the constitutional system. The principle of autonomy, in particular, was translated into territorial terms, through the divisions in entities and cantons, as well as into non-territorial terms, with strong autonomy granted in the educational and cultural sectors. The clearest example of non-territorial autonomy is the establishment of separate schools on an ethnic basis. Finally, veto power plays a remarkable role in the institutional dynamics, as the constitution provides that “a proposed decision of the Parliamentary Assembly may be declared to be destructive of a vital interest of the Bosniac, Croat, or Serb people”, resulting in the blocking of the decision (as it happened quite recently).

What future for Bosnia, 25 years on

A quarter of a century has passed since the signing of the DPA, and things in Bosnia are still not easy. It is undeniable that Dayton ended the war. However, peace and democracy cannot be reduced to the mere absence of violence. The political system is still in the hands of the former ethno-nationalist parties controlling the economy and the media, the Bosnian-Serbs in the Republika Srpska still demand secession in order to join Serbia, while the Bosnian-Croats also wish for independence.

That the system created in 1995 is not sustainable is clear, and it became even more evident in 2009, when the ECtHR condemned Bosnia-Herzegovina for discrimination against national minorities in the well-known case Sejdić-Finci. Bosnia and, most importantly, its citizens are still waiting for the implementation of that judgement, and of those who came later.

Important constitutional reforms should be enacted in order to put an end to the discrimination against the “others”, allowing them to access the highest political institutions, from the Presidency to the House of Peoples. In 2006, a package of constitutional reforms supported by the US was submitted to the Venice Commission for an opinion, but it eventually failed due to lack of political support in the Parliament.

The implications of Dayton are tangible: the constitutional system is so complex that it is incapable of facing crucial challenges such as dramatic levels of emigration, a stagnant economy, pervasive corruption, and the migration humanitarian crisis at the borders with Croatia. Moreover, it should not be forgotten that Mostar, one of the most important cities in Bosnia, has been without an elected administration for over a decade.

Therefore, common sense, as well as commentators, suggest that the “Dayton system” should be changed. The question is: who should change it, and how? Many actors come to mind. Jasmin Mujanovic claims that only the US could fix the constitution, as it was an agreement “made in America” and only the United States could support the EU’s influence in the region, at the expense of non-European actors like China, Russia, Turkey, and Saudi Arabia, all having strong interests in a country in a strategic position. In the debate on the future of Bosnia, the European Union, once again, has not taken a bold stand. Bosnia-Herzegovina is a potential candidate country since 2016, and the road towards accession is still rather long and impervious.

Even if an international actor were to take the lead in changing Dayton, it is not at all clear how to change it. In 2014, the International Crisis Group proposed a series of possible solutions to the “Bosnian question”, but since then no relevant discussion has been put forward, neither in Bosnia, nor within the international community. Whether Dayton will ever be changed in the future, the risk could be that, once again, whoever will be in charge will forget about the Bosnian people. Whatever constitutional change should be put in place, it should include voices from civil society. As mentioned at the beginning, an encouraging sign came from the last administrative elections, that saw the nationalist parties lose the state capital, Sarajevo, and the capital of Republika Srpska, Banja Luka. Despite the low turnout, the victory of non-ruling parties in key centers is a clear indication of the will of Bosnian’s citizens to change path. In this regard, the EU could play a crucial role in supporting local realities who foster reconciliation, rule of law, and the renewal of the political system.

Other posts about this region:
Bosnien 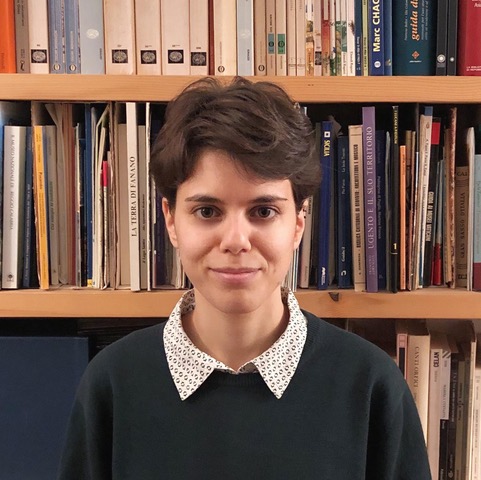 Other posts about this region:
Bosnien 2 comments Join the discussion
Go to Top