The State of Exception and Private Law

When we discuss the state of exception in this pandemic, we need to approach it holistically. Given the systemic nature of this crisis, the distinction between normality and exception is not an exclusive issue in the political system. In particular, global markets do not merely react passively to whatever virus is pandemically spreading and whatever emergency measure is taken by states on the basis of a state of exception; instead, these shocks trigger a self-standing decision within the sphere of the market between the normal “business as usual” and the exceptional deviation from fundamental principles of market exchange. In other words, there exists a private state of exception that is shaping this crisis. This private state of exception is negotiated within the doctrines of private law, but this pandemic also reveals how global private orders consisting of contracts allow lead firms in global commodity production to act as private sovereigns that can declare independently the presence of an exceptional situation. This contribution focuses on these private sovereigns, the legal bases on which they act and on the dire need for them to be constitutionalized.

The consequences of the pandemic for global value chains

To make the analysis tangible, I focus on global value chains. Global value chains linked to transnational corporations account for 70% – 80% of global trade and thus are a constituting feature of the global economy. Global value chains are the organizational structures that undergird the production and distribution of commodities. During this pandemic, global value chains are under much pressure: lockdown measures in several countries lead to a significant decrease in consumer demand on the distribution end of the value chain. The halt in production in various other countries under lockdown conditions (China as the ‘Factory of the World’ in particular) result in decreasing supply. Moreover, export bans and price regulations by countries with high-demand medical products, such as face masks or sanitizers, cause re-adaption of certain industries and a re-structuring of supply-chains, often at the expense of precarious workforce further downstream the chain. Global value chains are particularly vulnerable to such exogenous shocks due to their fragile and volatile character that relies on just-in-time production without stocking and warehousing of goods and the dynamic pricing that is often linked to highly volatile derivative markets. Yet, this external shock becomes internally decisive only when it is translated into internal measures taken by actors that affect the organization of the value chain as a whole. In other words, external crises provide a basis for an autonomous decision within the chain on whether to continue “business as usual” or deviate from this normal state because of an exceptional (!) situation.

The core legal category underlying global value chains is the contract. Related to this is contract law. How, then, is the state of normality and the state of exception determined in contracts and contract law? In particular, who decides when there is a state of exception under which the institutionalised rules on contracting (pacta sunt servanda and, specifically, pay for delivery) are lifted? There are two answers to this question.

In classical contract law doctrine, the main entry points for exceptional circumstances are the doctrines of frustration, hardship and force majeure. Pursuant to these categories, parties can terminate contracts, are released from performance of contractual obligations or may adapt their contracts when unforeseen circumstances arise. It comes as no surprise that these doctrines – so far taught in contract law classes only as an ancillary peculiar feature of contract law – have now become a hot topic among contract law scholars and practitioners. When conflicts between contracting parties arise on whether such special circumstances release parties from performing contracts as planned, it is traditionally courts that decide whether these doctrines have been validly relied upon by one party in the contract and also what contractual consequences follow (for instance whether a non-performing party has to still pay damages or not). Hence, courts have historically been the dominant sites in which the consequences of crises for contracts were decided upon. From this perspective, the doctrines on frustration, hardship and force majeure would, similarly to other general clauses such as good faith, become entry points for a constitutionalisation of private law. In this pandemic, courts would further finetune the distinction between normality and exception through these doctrines and develop related categories on what consequences should be attached to it regarding contract performance and damages.

The much more likely scenario of deciding on the presence of an exceptional situation is, however, that the contractual arrangements equip certain actors in the chain with the unilateral power to decide whether or not to perform in exceptional circumstances. The core feature of global value chains, just-in-time production, highly volatile production and pricing mechanisms, are enshrined in their contractual arrangements: Regularly, there is a general framework agreement between the parties that specifies the basis for the contractual relation (and which is normally full of standard contract terms including contract terms on hardship and force majeure). On this basis, specific short-term orders are placed with related volatile mechanisms that determine the price. It is only this specific order that forms the actual contract on the sale of goods. However, with this type of arrangement, an asymmetrical relation between the parties is in place. It allows one party to decide when to place orders, which is often combined with beneficial standard agreements concerning the payment mechanism for the ordering party. With this legal mechanism in place, the decision not to perform a contract due to an exceptional situation can be declared simply by not placing an order. This is legally valid, although it happens at the expense of the supply parties further down the chain that have already incurred costs in anticipation of production.

This is exactly the tactic in place in consumer-sensitive sectors facing a decrease in demand due to lock-downs and less demand from consumers. A good example is what is currently happening in the textile industry: Suppliers are already left without or with significantly reduced orders by large apparel brands for the coming months. Large retailers claim that they are not able to take delivery of already produced goods with reference to contractually agreed hardship clauses in the framework agreements and they simply decline to place new orders in anticipation that they will not be able to sell them to consumers. The costs of the lockdowns are thus not equally distributed over the actors in the chain; instead, they privilege the lead firms that can unilaterally deviate from existing production processes due to their own interpretation of exceptional circumstances. Eventually, it is thus the leading firms in a value chains that can factually and are legally allowed to declare the state of exception. And even where such measures may be subject to legal uncertainty (because the application of the contractual hardship clause is unclear or there is a possibility to read into the framework agreements good faith obligations to place anticipated orders and not disappoint reasonable expectations), it is difficult for those negatively affected to have the decision controlled by courts. Court proceedings (provided they are available at all due to the dominance of arbitration in global commerce) are slow, much too slow if the decision of not placing an order can result in immediate insolvency of the suppliers due to the size of the stopped order and the dependency of the supplier on a few large-scale orders from a certain buyer. Instead, the lead firm’s decision to interrupt or reorder their sourcing streams with a view to being less affected by the crisis have sparked different reactions by suppliers. Suppliers seeking to mitigate the damage themselves and advancing their position in the value chain appear to redirect their capacities to other commodities that promise high-demand supply. But they do so at their own costs with increasing uncertainty on whether this will pay off and at the expenses of weaker parties, such as precariously employed factory workers.

The conclusion is then that the private arrangements in global markets, global value chains, are legally constructed in a manner so as to allow specific dominant parties (the lead firms) to unilaterally deviate from the ordinary rules on contract performance when they find themselves in exceptional circumstances. Such lead firms are the private sovereigns that are able to unilaterally declare the state of exception in global markets and have its fundamental principle of pacta sunt servanda disregarded.

This leads us to the final, essentially constitutional, question: What are the constitutional limitations for these private sovereigns when declaring and handling the state of exception? The power of states to take back control by imposing such limitations from the outside is limited. In fact, it can be dangerous, as it may not reflect sufficiently the Eigen-structure of market relations and their power structure. A good example for the problem is the legal interventions by the German government into the system of (rental) contracts with its Janus-headed consequences in terms of what actors claim to rely on it.

Therefore, Eigen-constitutionalization of global value chains and corporations is the answer! The limitations themselves have to derive from within the private structure itself, from the terms, standards and commitments that govern corporations and global value chains, but, importantly, these need to be externally enforced and regulated. One option is social enforcement. It has recently been quite effective in the case of textile brands where public outcry that has made some large firms revoke their declaration of the state of exception (Adidas most prominently by eventually deciding not to rely on the above-mentioned law on non-performance of rental obligations and publicly declaring to perform their contracts) or at least mitigate its effects (several textile brands responded to criticism by human rights advocates about not bailing out their suppliers by taking delivery of produced orders and not re-negotiating prices despite market price drop). And there needs to be legal enforcement through private law. Private law has the tools to legally enforce and regulate the inner-constitution of corporations, their commitments to treat suppliers fairly and work together with solving problems. And for the global value chains, there is the powerful tool of reviewing the standard contract terms (including hardship clauses) that govern the value chain as a whole through the framework agreements. Despite their ambiguous character between a contract and a pre-contractual relation, these framework agreements (with recent legal support of new types of laws on fair trading behaviour) can provide a basis for requiring fair and responsible trading practices of lead firms even under exceptional circumstances.

All of these will be the private principles that also and in particular apply when firms declare the presence of a state of exception by deciding to not meet their obligation to perform. Against this background, I urge private lawyers to enter into a similarly dense discussion on the state of exception and its constitutional framework as constitutional lawyers already have in the past weeks. In particular, we need to focus on the principles and limitations in private law and private ordering that are and should be governing the private sovereigns in this state of exception. 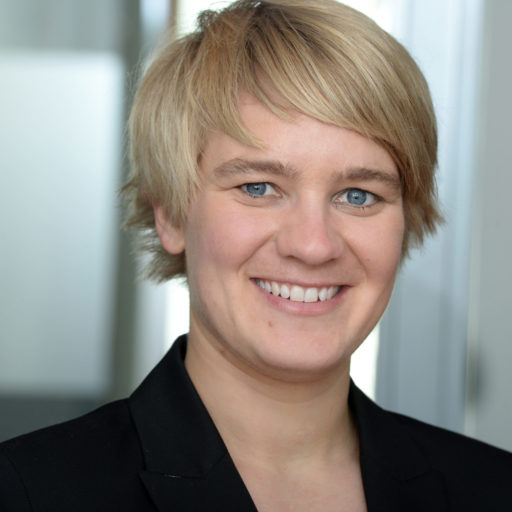