Reactions to this decision are twofold: there are athletes that praise it for protecting women’s sport (see here and here), and there are other athletes and human rights activists that criticize it for disrespecting human rights and the rights of transgender athletes in particular. This blog attempts to shed light on the latter in particular and argues that without any possibility for the affected group of transgender women athletes to participate in FINA’s top-competitions, the policy is disproportionate and discriminatory, and has the potential to violate other human and children’s rights.

Before delving into the specifics of the new policy and relevant human rights standards, it is important to clarify the terminology used refrain from assumptions being made on the basis of someone’s characteristics or gender expression. According to Human Rights Campaign’s Guide on how to get ‘gender coverage’ right, “transgender” refers to someone who feels different on the inside than what has been the assigned sex at birth. It includes those that transitioned from one gender to another, and those that identify as non-binary or gender-expansive people, meaning that they do not exclusively identify as male or female. A transgender athlete could for instance be someone who was born male, but whose gender identity, so the internal feeling, and/or gender expression, so the outer appearance, is a woman, irrespective of the fact whether or not they ‘transition’. The latter refers to the process of deciding to live as the gender they identify with, which can include medical treatment, therapy, or surgery, but can also happen without medical intervention, for instance by using legal means to change one’s name or gender mark.

FINA’s new policy defines transgender athletes as athletes “whose gender identity and/or expression differs from what is typically associated with their sex” (p. 4). While it is presented as an ‘inclusion policy’, it excludes transgender women from participating in FINA’s female competitions, as long as they cannot prove to FINA that “they have not experienced any part of male puberty beyond Tanner Stage 2 or before age 12, whichever is later” (p. 7). It is up to the athlete to produce the necessary evidence. FINA bases this decision on recent scientific evidence that was collected by FINA’s science and medicine working group, showing a competitive advantage for transwomen (see policy p. 3). Other arguments raised in support of this criteria are “competitive fairness” and the protection of the women’s category. To still enable transgender women athletes to compete, the policy announced the exploration of an establishment of an open category in the future, for athletes who do not meet the eligibility criteria for the men’s category or women’s category (p. 9).

This decision and policy comes at a time when the world of sport is increasingly facing challenges to and criticism for its traditional binary categorization of male and female and many discussions are held on how to protect the rights of transgender and intersex athletes (see here or here). While it has been argued that there is a regulatory gap in the protection of athlete’s gender rights in sport, in particular when it comes to the participation of lesbian, gay, bisexual, transgender, queer, intersex and other (LGBTQI+) athletes, some progress has been made. In 2021, the International Olympic Committee (IOC) released a new Framework on Fairness, Inclusion and Non-Discrimination on the Basis of Gender Identity and Sex Variations, and complemented it with a ‘Frequently Asked Questions’-Guide , which calls for an inclusive approach towards all athletes, regardless of their gender identity or sex characteristics. FINA’s policy does not follow this approach and instead excludes a certain group of people.

International human rights law provides for gender equality and equal opportunities for women and girls in particular to participate in sports (Convention on the Elimination of All Forms of Discrimination against Women (CEDAW), Article 10(g)). However, not all differential treatment is automatically discrimination and can be justified according to the UN’s Human Rights Committee “if the criteria for such differentiation are reasonable and objective and if the aim is to achieve a purpose which is legitimate” (para. 13). In fact, human rights law recognizes ‘special measures’ that need to be taken to allow for different treatment for the purpose of equal enjoyment of human rights, for instance under Article 4 of CEDAW, which provides for equality between men and women. Put simply, unequal treatment can be allowed in unequal situations and FINA is likely to claim that not having such a policy is discriminatory to cisgender women, as by letting them compete against transgender women they are supposedly disadvantaged. This might be true, but for the current policy to not go against international human rights law, it needs to be reasonable, objective, and in pursuit of a legitimate aim. According to FINA, the aim is to maintain the binary categorization, provide opportunities for transgender athletes to compete, not undermine FINA’s goals for the women’s category, and to provide a fair, clear, respectful and confidential process to establish eligibility (see policy p. 5). While FINA claims that the restrictions in the women’s category “are limited to what is necessary and proportionate to achieve FINA’s overarching objectives” (see policy p.4), this can be questioned on the basis that less exclusive criteria could also serve FINA’s objectives, certainly as long as the scientific evidence base is still being criticized for not being bullet-proof. Currently, without the promised ‘open category’ up and running, the criteria in effect bans a certain group of people, as it sets very high requirements for allowing transgender women to compete, going beyond the reliance on testosterone levels that the IOC or other international sport federations prescribe, and which has also been criticized for not being in line with human rights law. Furthermore, it could also be questioned whether the aim of maintaining the binary categorization is legitimate in times where the world of sport claims to celebrate diversity and inclusion (examples here, here and here) and benefits of normalizing diversity are proven and more and more accepted.

There are additional human rights that are potentially adversely impacted by this policy. For instance, it might induce transgender athletes to put concerns over sport eligibility above their health and well-being, which puts at risk their right to the highest attainable standard of physical and mental health. In order to be eligible to compete, transgender women athletes might undergo tests and treatments that they otherwise would not consider, and which can have adverse consequences for their physical and mental health. This could violate the general prohibition on procedures that are medically unnecessary, as stressed by the WMA in the past. Moreover, the policy forces athletes to make the transition at a very early age, when they might not be ready for it yet, or have not fully figured out their gender yet. This could pressure parents to take decisions for their children, with the aim to enable a sporting career, which could be considered a violation of rights enshrined in the Convention on the Rights of the Child, such as the best interest of the child principle (Article 3), or the right to the highest attainable standard of health (Article 24).

Furthermore, the FINA policy requires athletes to certify their chromosomal sex to be eligible, and demands that their Member Federations confirm the certification (p. 6), which comes close to sex-testing methods that have been criticized under human rights standards before. Such methods are questionable as the United Nations  (UN) High Commissioner for Human Rights has established that “no single marker is determinative of male or female sex”, and for putting at risk the right to bodily integrity and autonomy (Article 3 EU Charter of Fundamental Rights), which is part of the right to respect for private life. The latter is further challenged by the likelihood of transgender women athletes’ names being made public as a consequence of being denied to compete is high, as according to the Court of Arbitration for Sport (CAS) award in the Caster Semenya case, the news of an athlete that qualified in national championships being absent from the international competition would likely travel fast.

Finally, some of the potentially impacted human rights standards identified by the UN High Commissioner for Human Rights in her 2020 report on the “Intersection of race and gender discrimination in sport”, which focuses on the effects of the sport governing bodies’ (SGBs) policies on the rights of women and girls with “so-called differences in sex development” (DSD) and not transgender athletes, are also of relevance to the present context. For instance, the right to freedom from torture and other cruel, inhuman or degrading treatment or punishment, in cases where the policy causes transgender women athletes to undergo certain treatment that helps them to fit the requirements. Lastly, for those transgender female athletes who made a living out of their sporting career, even if just part-time, the new policy can infringe their right to work and to the enjoyment of just and favorable conditions of work. It could be argued, though, that without this policy, cisgender women’s right to just and favorable working conditions is at risk.

How can (transgender) athletes enforce their right?

More direct routes to challenge the policy would thus be a recourse to CAS which has in the past decided that eligibility rules that unjustifiably discriminate against a certain group of athlete are not permissible. While there are considerable doubts in relation to CAS as an effective mechanism to enforce athletes and human rights (see here para. 43 and here), Article 4 of FINA’s Constitution does in fact allow for such action to be taken. It would be advisable for the athlete to file the case with a request for a public hearing, which if denied would provide grounds to challenge the award at the Swiss Federal Tribunal, and probably start a global discussion on the issue.

Should FINA indeed establish an open category where transgender women and others that would be excluded under the current eligibility criteria could compete, it would be one of the first international sports body to take this step and could change the discriminatory nature of the current policy. It would not, however, change the fact that the current policy can provide a risk to other international human rights standards and generally send the wrong message to young transgender athletes wanting to find a way to participate and compete in sport and where possible at the highest level.

At the recent ‘Play The Game’ Conference, a gathering bringing together the media, civil society organizations and academics to discuss pressing issues in sports governance, speakers of the session titled “Sex, gender and sport: A controversial mix” stressed that rigorous research takes time and it is therefore important that SGBs wait for more evidence to be available in order to take informed decisions on issues that might lead to irreparable harm for athletes.

Beyond the transgender question, the application of human rights to the regulation of sports at national and international level is increasingly being raised. Explore this topic further in The Hague this September during the Summer Programme on Sports Governance and Human Rights organized at the Asser Institute.The author gratefully acknowledges Antoine Duval and Thays  Prado for their input on this piece. 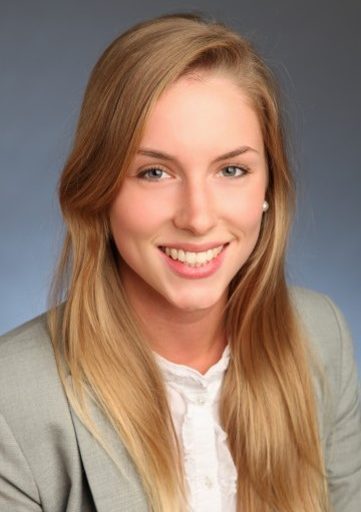 Daniela Heerdt Dr Daniela Heerdt is a researcher at the T.M.C. Asser Institute in The Hague and an independent consultant in the field of sport and human rights.