If urban citizenship is emancipated from national citizenship, then all inhabitants of a municipality could be recognised as members of the local communities in which they live. Such emancipation would mitigate the tension between the de-facto political community and the categories imposed by the nation state that exclude people who lack national citizenship or resident status. This tension has recently erupted into open conflict between the Trump administration and New York, Chicago, and many other sanctuary cities in the USA. It can also be observed in solidarity cities like Berlin in Germany, cities of refuge like Barcelona in Spain, or the “Commune of Reception” (Comuna de Acogida) of Quilicura outside of Santiago de Chile.

Earlier commentaries in this forum highlighted various aspects of urban citizenship, such as the exclusion of non-urban populations (Lenard) or the conundrum of multilevel frames of legal authority (van Zeben). I am focusing, too, on one particular aspect, and suggest that urban citizenship can be an important mechanism to create inclusive communities.

To fulfil its promise, urban citizenship, as Rainer Bauböck correctly points out, should follow the domicile principle (ius domicilii). Emancipated urban citizenship could apply this principle to all inhabitants of the city – not only those who carry a national passport or national immigration papers; it would also apply to people who overstayed their visas or work permits, failed refugee claimants who nevertheless remain in the city, and those who crossed the border without state permission. This means that urban citizenship is about more than extending voting rights to immigrants; it is about including de-facto inhabitants of the community, especially those whom the nation state does not want to live in the country and thus the city.

Palermo’s charismatic Mayor Leoluca Orlando articulated the idea behind this principle in an eloquent way. When I interviewed him at his Palermo office earlier this year, he said: “If you are in Palermo, you are a Palermitan. I’m sorry, but you are a Palermitan. You can leave Palermo if you want. But as long as you are in Palermo, you are a Palermitan.“ Not everyone may agree that short term visitors and tourists should be counted as members of the urban community. However, Orlando’s statement makes clear that not national status (or lack thereof) but presence within the municipal boundaries matters for membership. Or, in the words of Warren Magnusson, once migrants have arrived, “they should have the same rights as anyone else.”

What makes the city an intuitive scale to define political community and membership is that it is not a community like the nation that is imagined based on the “cultural artifacts” of nation-ness and nationalism (Anderson 1991: 4). Rather, the urban community is tangible because it is defined by the physical space of the city and the way this space is used on a daily basis. As Avner de Shalit remarks, people know and interact with each other when they go about their daily business in the space of the city. The local scale is where a political community exists in and for itself. Then what stands in the way of emancipating urban citizenship?

Sovereignty is the problem, not just an obstacle

The question of sovereignty poses a major obstacle to the practical implementation of urban citizenship. Bauböck states that “cities should play a greater role in addressing global problems, such as the climate crisis or international refugee protection, where sovereign states have failed dismally precisely because their sovereignty hampers cooperative solutions.” In the context of migrant exclusion, I would go a step further: the sovereignty claimed by states does not only stand in the way of finding solutions but has created the problem in the first place.

We have seen throughout the Global North that migration control and the exclusion of migrants are used strategically by populist politicians to assert territorial state sovereignty. The policies of Donald Trump in the USA, the debate leading to the Brexit vote in the UK, and the successes of the Five Star Movement in Italy, Marine Le Pen in France, and the Alternative for Germany illustrate the effectiveness of demonising migrants in feeding anxieties among disillusioned voters over the effects of globalisation and the perceived loss of national sovereignty (Dauvergne 2008).

While some scholars have questioned the nation state’s moral authority to regulate the movement of people (Carens 1987, Bauder 2017), others are pointing out that sovereignty itself is not something that exists naturally. Rather, the state needs to continuously claim and enact sovereignty through “theatrical performances” (Brown 2017: 3), such as by demonstrating that it has the authority to exclude migrants (De Genova 2010). The idea that a sovereign state can arbitrarily exclude people from its national community, even if they are already living in the country, has created the very problem that urban citizenship seeks to solve through including non-national residents.

Yes, we are in “urgent need for new narratives” (Bauböck). But these new narratives need to go beyond a narrow political imagination that merely affirms the dominant Westphalian political order and its idea of state sovereignty. The European Union is an example of how new political configurations are being created based on political need and practice. The problem, however, is that Europe has only rescaled migrant exclusion from the national to the European level, with the effect that Europe’s outer border has become the deadliest one in the world. I believe that the urban scale can offer an alternative political narrative. Cities in Germany, for example, are proposing to serve as sea bridges (Seebrücken) and have offered to accept migrants and refugees rescued at sea directly – only to learn that the national government is blocking these efforts.

Urban citizenship as social practices of inclusion – and exclusion

When it comes to multi-level governance, new forms of political organisation and new spatial and territorial configurations have always emerged from social and political practice. We cannot design them as an architect would draw a blueprint for a new house. This architect will only take the techniques and building materials into consideration that currently exist. The structure of the future, using yet unknown techniques and undiscovered materials, is beyond our reach. Similarly, if we rely solely on concepts (such as territorial citizenship) and structures (such as the nation state) that dominate our political life today, then we will only reproduce and not overcome the problems these concepts and structures inherently produce.

What we can do, however, is to look at the urban struggles of sanctuary cities, solidarity cities, and other urban initiatives that accommodate fellow inhabitants the nation state seeks to exclude, and explore how the associated social and political practices can be enshrined into law and translated into new frameworks of governance. Urban citizenship, emancipated from national citizenship, is one of these practices.

We need to be mindful, however, that citizenship is a two-sided sword. Citizenship is not only a mechanism of inclusion but also of exclusion (as Patti Lenard illustrated in her commentary). Likewise, urban autonomy can create an urban citizenship that is inclusive of all inhabitants, or that purposefully excludes parts of the population. More than a decade ago, the town of Hazelton, Pennsylvania, tried to tighten the rules around housing and employment in an effort to exclude non-status migrants. Around the same time, the Quebec town of Hérouxville introduced a “code of conduct” that prohibited the stoning of women although it does not have a significant Muslim population and nobody had proposed to introduce sharia law there. Since then, many towns and cities have enacted policies that seek to exclude migrants from the local community by instilling fear and denying them rights and access to basic services. If we focus too much on procedures of governance without simultaneously tackling questions of social exclusion and political oppression in fundamental ways, then the emancipation of urban citizenship can easily backfire. 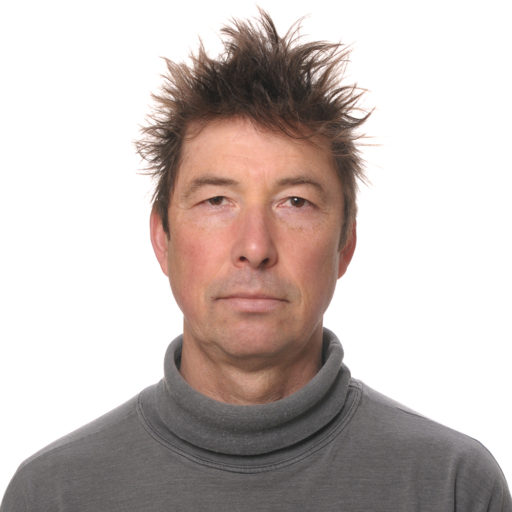 Harald Bauder Harald Bauder is the Director of the Graduate Program in Immigration and Settlement Studies and Professor at the Department of Geography and Environmental Studies at Ryerson University in Toronto.