In a way, the question of urban citizenship is easy. If a state were to give non-citizens citizenship rights with respect to local elections or urban affairs more generally, it would be fully within its powers to do so. As Rainer Bauböck and others have argued, there are many good reasons why a state might want to do so – and just as many reasons to protect the state’s authority to uphold the system of rights as a whole. That said, many issues remain. There is no consensus, and perhaps there never can be on the key terms at issue: state, nation, urban, and citizenship.

The State, Nations and Urban Citizenship

The easy identification of nation and state is problematic in many respects, not least in the way that it can be used for exclusionary purposes. If a state uses its powers to maintain some particular national identity, that action is questionable at best. Even if the more overt forms of ethnic, racial, religious, or cultural discrimination are not involved, and instead appeals are made to “democratic values” or some such thing, we know from past experience that socially disadvantaged, economically deprived, racially stigmatised, or culturally marginalised groups will suffer from the treatment they receive. By what right can a state close its borders to people who simply want a better life, and come peacefully in search of security, shelter, and the opportunity to make a living and raise their families? Appeals to national identity as a ground for state authority and an aim for state action are at odds with the very idea of a constitutional state, which is supposed to be an impersonal order, founded on fundamental principles of justice.

Canada is undoubtedly a state, but many Canadians reject the idea that Canada is a nation. Québec’s nationhood is now widely accepted, as is the nationhood of the many Aboriginal or Indigenous groups that we now call First Nations. I live in an urban area that is on the territory of at least three First Nations whose rights are ongoing. The exact implications of that in terms of citizenship rights is hard to work out, but the First Nations themselves say that they are committed to principles of sharing and mutual respect, which would allow for the inclusion of everyone in democratic processes.

Once we begin thinking about the urban as a distinctive realm of citizenship, we have to consider what the limits of that realm are. To illustrate: I live in a small city (Victoria) at the centre of a larger built-up area (encompassed administratively within the Capital Regional District of British Columbia) closely connected to a larger city (Vancouver) at the centre of a major metropolitan area, rivalled by a larger but almost contiguous metropolitan area centred on a foreign city (Seattle), which happens to be the headquarters of two of the world’s most powerful corporations (Amazon and Microsoft) and the site of one of the most powerful naval bases (Bremerton) of the most powerful country in the world. I wonder whether urban citizenship would allow me some means of holding Amazon and Microsoft – or the US Navy – to account. I suppose not. So, what would it be about, and who would my fellow citizens be? If urban citizenship is just about allowing non-citizens resident in Victoria and its suburbs to vote in municipal elections, that does not seem like a big deal – especially since it only takes three years for a foreigner resident in Canada to qualify for citizenship. Is more at stake?

Much depends on how we think about citizenship or political engagement more generally. One of the interesting things about cities – or indeed other settlements like villages or refugee camps – is how proximity forces people to work together to provide for common services and facilities. There is often violence, exploitation, corruption, and discrimination, but there are countervailing tendencies. As Plato’s Socrates noted in The Republic, the ur-text of the Western political tradition, cities arise because of “some need we have of one another”. We are social beings who group together in particular places and must find means – political means – for establishing some sort of order that we can live with and that provides for the many things we cannot get for ourselves as individuals or families.

It is obvious that urbanisation generates new needs and forces people to find new ways of doing things. The mundane task of fetching water from a nearby stream turns into a huge engineering enterprise that fortunately enables wonders like hot and cold running water and flush toilets. One of the political possibilities that we notice in studying the urban is that people may be willing to cooperate in dealing with mundane issues like water supply and waste disposal even when they are in conflict about other things, including identity issues like the ones posed by claims of nationhood. Seen in this light, recognition of urban citizenship may be a reminder that the need we have of one another is greater than whatever sets us apart. By focusing on how to improve urban life, rather than on how to promote our different identities, we may be able to overcome some of the divisions that plague us.

In a way, this has always been the hope of urbanity. We can live with strangers, and not be locked into islands of identity, be they of tribe, village, class, race, ethnicity, sexuality, or anything else. But, what of rural people and rural areas? Are they just left behind, forgotten and reviled by trendy urbanites, as Patti Lenard suggests? Hardly. In the first place, the urban and the rural bleed into one another. On some accounts, my city is rural because it is on an island and relatively small. You can find some farmland and wilderness between my house and the airport, although that is largely the result of planning decisions made locally and provincially. Here as elsewhere, people with appropriate means can build houses in the country and commute into the city for work or other purposes. Or, they can just telecommute for the most part, and fly wherever they need to, whenever. People of more limited means can live in the country too, or at least in the suburbs. Farmers in Canada follow the markets carefully online, drive into town to do their shopping, and take their winter vacations in Mexico, Florida or Hawaii. Are these people different from urbanites by virtue of being “rural”? Of course, many people are left behind in our post-industrial economies, but you can find more of them in towns and cities than out in the country. Certainly, there is a class divide, and the parochial smugness of metropolitan elites plays a part in it, but the belief that people who live in “rural areas” are outside the urban world is actually a symptom of that smugness, not a realistic analysis of their position. In principle, urban citizenship can encompass everyone.

If we think about citizenship broadly, it is more about inclusion and engagement than about particular rights like voting. Nonetheless, to grant voting rights is to signal inclusion in an important way. More important still is for the excluded or marginalised to demand inclusion on the same terms as anyone else. That is one of the lessons of the women’s suffrage movement. Gaining the same voting rights as men was important for  women. But, the great gain was in women organising to demand those and other crucial rights. The analogy here is important. If urban citizenship is simply a gift of the state or the liberal elite that controls it, it means much less than if it appears as a political necessity in face of mass mobilisation. Migrants have a right of entry to places that can afford them a better life. Once they have arrived, they should have the same rights as anyone else. How to convey this in a way that resonates with the people concerned and facilitates wider solidarities is the greatest challenge of urban citizenship, broadly conceived.

Explore posts related to this:
Right to Vote, Urban Citizenship 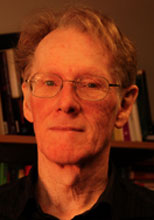 Explore posts related to this:
Right to Vote, Urban Citizenship