Various reports published by International Economic Institutions, including the World Trade Organisation (WTO), stress the significance of Global Value Chains (GVCs) for development. The common claim they make is that, although GVCs have existed for a long time, the level and intensity of global interaction is rapidly changing, and so is the nature of trade. Whereas ‘classic’ international trade consisted of the exchange of goods manufactured for the most part within national borders, production today increasingly entails intermediate goods and services (parts, components and tasks) that originate from different parts of the world.

According to the narrative of these reports, ‘development’ today requires the ability of states to create a regulatory environment that enables efficient companies to ‘technologically upgrade’ and insert themselves in GVCs so as to add value and consequently reap a greater share of revenues. As development is equated with greater value-capture, ‘developing countries’ are expected to adopt a new set of rules to facilitate and expand value chain trade. Referred to as ‘WTO plus and extra’ provisions because they go well beyond current liberalization commitments and extend to areas not covered by the Organization, these rules strengthen the protection of investors’ rights, particularly their intangible rights, and enhance the free movement of capital.

I start with two observations before making a point about value. The first is that the insistence that so-called developing countries acknowledge and adjust to the prevailing trade-related development wisdom is not something new within the multilateral trade system but can be traced back to post/colonial times. As post-development and TWAIL scholars have argued colonialism has shaped not only the formation of modern legal doctrines and post-war institutions; but also the very idea of development, as a system of (European) knowledge that has ordered the world through very problematic hierarchies  – racial and cultural first, and economic later – requiring societies at the end of the development spectrum to abide by the rationality of those at the top. The second observation is that, contrary to the assumption that law needs to adjust or adapt to exogenous economic processes like GVCs, law can be seen to participate in the making of these processes. As critical legal scholars have pointed out, there is a plurality of ways in which the law shapes, whilst in turn being affected by, the structure and organisation of production globally (from trade, corporate, property, investment, arbitration, land, and labour law to private contracting, licensing and standards). How this web of law works in each instance is an empirical question but the point is that law shapes the creation and proliferation of these networks, thereby contributing to the production and distribution of economic rewards along these chains.

And here we come to the issue of value in global chains: the assumption these reports make is that firms’ insertion into GVCs and, especially, value-capture, will deliver ‘development’ – by which they generally mean more jobs and higher income for workers. This assumption is problematic not only because there is little evidence that technological upgrade is happening beyond dynamic emerging economies, but also because, once we leave the realm of quantitative indicators, qualitative analysis tells us that where it is happening, technological upgrade is often accompanied by so-called social downgrade, that is the deterioration of working and living conditions. In other words, value considered a la Porter as innovation and product differentiation whose fruits trickle down, generating benefits for all, cannot explain this situation where value creation is actually ‘welfare-reducing’. I suggest that one lens for making sense of the co-existence of technological upgrade and social downgrade in what Danielsen calls ‘value chain capitalism’ is provided by work on social reproduction. Social reproduction is generally associated with biological reproduction, including sexual, affective and emotional services; unpaid production of goods and services in the home and within the community; and also the reproduction of culture and ideology.

I draw on the work of anti-capitalist and post-colonial feminists who have identified the separation between the sphere of economic production and that of social reproduction, and the constant redrawing of their boundaries, to be essential features of capitalism. The specific argument is that, by making social reproduction activities – as well as the informal labour performed by the majority of people in the world and the contribution of environmental resources – invisible or considering them less productive of value, profits can be made and capital can accumulate (see also Oliver Schlaudt’s contribution to this symposium). Case studies, for instance, have shown how it’s women’s reproductive labour that provides ‘a subsidy to production under supply chains’ enabling firms to achieve technologically upgrade. The second reason this work is important is that it sees the crucial role that social divisions and hierarchies have played in processes of capital accumulation: not only gender, sexuality and class; but also race and geography have been used to devalue certain types of labor to extract value between and within countries. If this body of work sees capital accumulation as a powerful organising logic for economic and social relations, this is not because it considers it to be an ubiquitous or all encompassing force. Rather, as Mezzadra and Neilson have pointed out, ‘it is necessary to keep both the systematic and differentiating abilities of capitalism in view’, in order to understand how (capitalist) value continues to be produced despite the heterogeneity characterising forms of labour, production and regulation, and despite the simultaneous presence of non-capitalist values.

Thus conceived, a social reproduction lens enables us to appreciate how not only the current development agenda of the WTO but the whole conceptual apparatus of international trade law (and I would say international economic law) are built exactly on this dynamics of exclusion or devaluation of the contribution that social reproductive, informal and informalised labour and environmental resources make to the transnational production of value, including within chains. How so? International trade law is based on the free trade belief that countries trade with one another because they have different competitive advantages. It is assumed that as a consequence of competitive advantage all countries gain from trading with one another. The problem with this assumption is that the acquisition of competitive advantage (the ways firms or states come to be competitive) is a process already permeated by social inequalities. Underpinning gender inequalities in the labour market, as Folbre has argued, is the pursuit of competitive advantage by avoiding to pay the full costs of the reproduction of the labour force. For example firms may hire workers with fewer care responsibilities; establish themselves in jurisdictions where they pay less tax to support public education, health services or environmental regulation; or, to avoid incurring such ‘costs’, use contracts that shift the burden onto local contractors.

Provocations: law and beyond

A social reproduction lens shows that the way in which workers and the environment are treated and regulated is constitutive of what we call competitive advantage, rather than being its consequence or externality. This may explain why ‘social downgrade’ takes place even when there is technological upgrade and value-capture. It’s not an anomaly; it’s integral to the way in which capital accumulation takes place within chains. By adopting a social reproduction lens we can problematize assumptions about the gains from competitive advantage for workers, the environment and states between and within the Global North and the Global South. More broadly, a social reproduction lens, as one among many conceptual resources, enables us to do two things: analytically, to critique the legal systems that continue to ignore the contribution that social reproductive, informal/informalised labour and environmental resources make to the transnational creation, extraction and distribution of economic value. Politically, it may enable us to lay normative claims on states, companies and institutions, for instance demanding that they recognize the contribution of these resources through a different regulation of labour, taxation, socio-economic rights, the environment and so on. But demands need not be confined to the legal domain, for law has its limits too. They can be also thought of as provocations that aim to support, enable or create alternative value-making processes, for instance through collective action and other forms of action orientated political economy. What form these alternative arrangements might take in each individual instance is an empirical question, as Amy Cohen’s work shows. A social reproduction lens offers the possibility of remaining attentive to the mechanisms that enable capitalist value to be produced on a global scale, but also to the relevance of other values, actually existent or not, that coexist with, even as they are obfuscated by, those informing current socio-economic action. Indeed social reproduction is not just the realm on which capital relies to extract value, but also the terrain on which to struggle for engendering alternative valorisation processes. 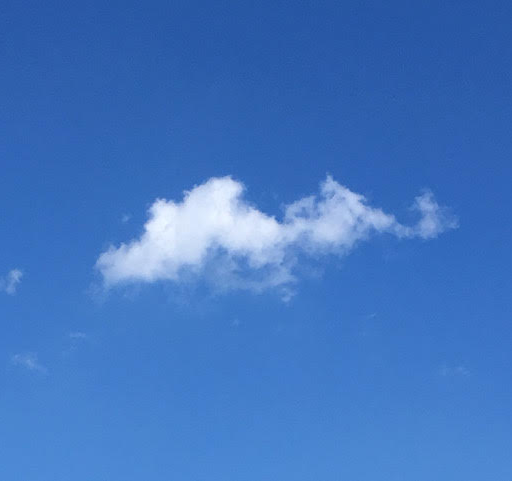