Voting in Times of a Pandemic

The Case of Croatia: Constitutional Conflict between the Right to Vote and the Protection of Health

Last Sunday, the Croatian parliamentary elections took place. Holding the elections in the middle of a pandemic triggered a broad debate on the restrictions of the right to vote proposed by the State Electoral Commission of the Republic of Croatia (DIP) in order to protect public health. The initial voting instructions of the Commission were substantially changed a few days before the elections after the country’s Constitutional Court got involved. Before the court’s decision people who had COVID-19 were forbidden to vote.

COVID-19 situation before the elections

The first cases of the virus were reported at the end of February and the daily number of cases peaked in the first days of April with up to 100 new cases per day. In mid-March, the government introduced strict measures and managed to contain the spread of the virus. In the second half of April, May and the first half of June, the situation improved dramatically, with only a few new cases being reported each day. Due to the stable situation and the low number of COVID-19 cases, the government dissolved the parliament in May and decided to hold elections in July; they were initially scheduled to be held in the autumn. The main argument of the government was that the momentum should be used, as there is a possibility of a second wave of COVID-19 cases in the autumn. The opposition, on the other hand, claimed that the government wanted to use the popularity they gained in the successful fight with the virus. At that time, the decision was generally well-received due to the low number of cases, but as 5 July approached, the situation slowly deteriorated. The opposition parties criticized the government, claiming that they wanted to hold elections before the inevitable fall in GDP, which was expected to be almost -11% according to the forecasts of the European Commission, partly due to the country’s dependence on tourism.

Then, in the second half of June, the situation worsened again, with more than 50 new cases per day, approaching the numbers seen in the first days of April. At the time of the elections there were over 3200 total cases, out of which 2200 have recovered and just over 110 deaths in Croatia, leaving around 800 active cases of COVID-19). The sudden increase in the number of cases in the days leading up to the elections triggered a heated debate because of the possible spread of the virus as a result of the elections.

The proposed restriction of the right to vote

On 30 June the State Electoral Commission of the Republic of Croatia (DIP) published voting instructions for the elections. In addition to the standard measures recommended by the epidemiologists (keeping distance, disinfecting hands, etc.), the Commission also recommended that voters should take their temperature on the morning of the election, and if it is higher than 37.2 degrees Celsius, they must contact an epidemiologist and cannot vote. The Commission also stated that voters who would be in self-isolation on election day could vote by registering until 2 July, and then officials would visit them so that they could vote at home. People who were tested positive to COVID-19 could not vote. Election committee members had to wear masks and gloves, while the same was recommended, but not required of voters.

However, the Commission maintained its position, claiming that the restriction of the right to vote serves a legitimate objective – the protection of health, as proclaimed in the article 69 of the Constitution of the Republic of Croatia. The Commission argued that the “general measures for the protection of health and common sense” meant that a person suffering from the contagious disease should not endanger the health of other people, even if his or her right to vote was called into question. The Commission referred to article 21 of the Law on the Protection of the Population from the Infectious Diseases, which prescribes the isolation of infected persons and the provisions of the Criminal Code, concerning offences against the health of the people (articles 180 – 192).

After this initial pressure, the Commission declared on 1 July that it would partially amend its voting instruction. Following the change, voters who had a temperature above 37.2 degrees Celsius (and/or other COVID-19 symptoms) on election day were obliged to call their doctor and consult with him or her. But people who were infected with COVID-19 still could not vote after this changed instruction. The Commission explained that they had amended their instructions because of the different interpretations that have appeared since its publication.

On the same day, the Constitutional Court of the Republic of Croatia stated that the Commission must ensure that every citizen has the opportunity to exercise his right to vote. The Court further stated that, under article 16 of the Constitution, people with infectious diseases cannot be prevented from exercising their right to vote, but that due to the constitutional provision requiring protection of health (articles 58 and 69 of the Constitution), the right to vote must be exercised by protecting the health of all persons involved in the process. The voting of the persons infected with COVID-19 was carried out by a proxy – the person of trust: after a call from the COVID-19 positive person, the election committee would come in front of the home of the infected person, and the trusted person filled out the ballot and handed it to the election committee in an envelope.

In the end, 55 people who were tested positive on COVID-19 applied to vote on election day. However, the elections had the lowest turnout ever (46.90%) in parliamentary history. The hypothesis that this low voter turnout was the result of the pandemic and fear of infection seems plausible, as these elections offered a political option for everyone.

DOWNLOAD PDF
LICENSED UNDER CC BY NC ND
SUGGESTED CITATION  Keršić, Marin: Voting in Times of a Pandemic: The Case of Croatia: Constitutional Conflict between the Right to Vote and the Protection of Health, VerfBlog, 2020/7/08, https://verfassungsblog.de/voting-in-times-of-a-pandemic/, DOI: 10.17176/20200708-235311-0.

Explore posts related to this:
COVID 19, Right to Vote, elections

Other posts about this region:
Croatia 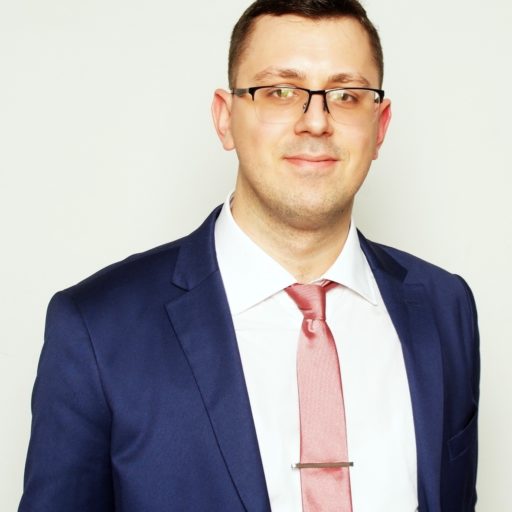 Marin Keršić Marin Keršić is a teaching assistant at the Law Faculty of the University of Split and a PhD student at the Tarello Institute for Legal Philosophy in Genoa.

Explore posts related to this:
COVID 19, Right to Vote, elections

Other posts about this region:
Croatia No Comments Join the discussion
Go to Top