Why We Have Sued the Hungarian Parliament

European heads of governments have various bad habits when it comes to speaking with the media. Some of them answer at press conferences only to those who have previously put themselves on the ‘magic list’ of the press officer. Others speak informally about a lot of things strictly off the record, keeping their official statements as bland and vapid as they can.

And there is Viktor Orbán, the Hungarian Prime Minister.

Orbán has a policy of not granting interviews to any Hungarian media outlets that are independent from his government. Thus, he makes sure that he never has to face any critical questions. Until now, the only chance to talk to him was practically to catch him on the corridors of the parliament. On a good day, he might stop and answer a question or two. From now on, this last possibility will be eliminated too, thanks to the President of the Parliament László Kövér.

The fact, that journalists try to do their job in the parliament (beyond sitting in the press room and watching the broadcast of the sessions) has been annoying the president of the parliament for a long time. First, he limited the area where video recordings can be made to a short corridor about 6-7 metres long. This ‘press corridor’ can easily be avoided by MPs, but it is one of the shortest ways to the plenary hall, so journalists still had a good chance to get some quotes, and there was the possibility to get close to the plenary hall and record the voice on the surrounding corridors if someone made a statement.

But from October on, the rules have been tightened to such an extent that even tourists have wider opportunities to make photos and recordings in the building of the Hungarian parliament than journalists do.

Me and my colleagues at Azonnali.hu have regularly made videos from the parliament for two and a half years. As my colleagues entered the parliament in the middle of October, when the autumn session begun, they realised that the new ‘press corridor’ was hidden at a dark and remote corner of the building, where surely no MPs would show up. Outside of this area, video recordings are allowed exclusively at press conferences (but Fidesz MPs hold such events in the parliament very rarely), a lounge, where politicians show up typically to hold press conferences, and on a small roped-off area in the main hall (about 4 qm) which usually is packed with tourists, and politicians only run through there.

The same restrictions apply for voice recordings and for taking photos with the exception of one single balcony in the plenary hall for photographers. Through the prohibition of voice recordings, it has been made sure, that even if we meet with a politician outside the designated areas who will talk to us on the record, all we get is written notes. This makes not just our work inconvenient, but more importantly, makes it harder to prove that our reporting of the content of statements and conversations is factually true.

The government’s fear of independent journalists doesn’t stop there, though. The president of the parliament also defined what we are allowed to ask: namely, interviews must be related to the parliamentary work. It is easy to see why: if a local politician is affected by a scandal (like the meanwhile resigned mayor of Győr recently), his party colleagues in the parliament will not have to explain themselves about that.

In the case of violation of these rules, journalists may be expelled from the building of the parliament for up to 6 months.

Fortunately, there is the possibility to apply for a special permission from the press office of the parliament for recordings outside the designated areas. We requested that twice, but our requests have been refused without any reasons given. After that experience, we decided to sue the office and the president of the parliament before an administrative court (available in Hungarian here).

The president of the parliament is empowered by law to regulate the order of entering and staying in the building of the parliament and he is entitled to set the rules of press coverage as well. However, at this point, the Act on the National Assembly also explicitly stipulates that those rules cannot exclude either the publicity of the parliamentary sessions or the conditions for the free dissemination of information necessary for the formation of democratic public opinion. This, however, is exactly what the contested provisions do.

Beyond that, the provisions in question do not comply with the media laws which, on the one hand, guarantee the audience’s right to be informed, and, on the other, require media service providers to cover events of high interest to the public. Fulfilling this requirement has practically become impossible under the present rules of parliamentary press coverage. Article IX. (2) of the Fundamental Law of Hungary still explicitly protects the freedom of the press.

Ironically, our administrative lawsuit has been made possible by the Fidesz majority through the new Administrative Procedure Code, which entered into force on the 1st of January 2018. An innovation of the new Code was that it enabled to contest not only proper acts and decisions of authorities but also other ‘activities of the administration’, including such general provisions (and individual decisions based on them) which are below the level of laws and regulations in the hierarchy of norms.

Fidesz reacted quickly. We made our action public in an article at Azonnali.hu on the 11th of November. On the 12th of November, the minister of justice proposed a 148 pages long law, amending several laws in the field of administration and justice. A paragraph of this amendment aims exactly to change § 4. of the Administrative Procedure Code which our application was based on, and the possibility of contesting ‘activities of the administration’ will be significantly restricted. From now on, individual decisions may only be challenged in court if the administrative remedies provided by law have been exhausted. The usual formula ‘or there are no remedies provided’ is lacking from the end of the sentence. Of course, no law exists in the Hungarian legal order that provides administrative remedies specifically against the decisions of the office of the parliament. This law was the general Administrative Procedure Act itself – until now.

Through the amendment, it will also be ensured that an affected person could not challenge exclusively the general provision (of a lower level than a law or a regulation) itself: Such actions will require the permission of the prosecutor or of the body that exercises legal supervision over the affected state actor.

These new rules will not be applicable for our case. We also cannot be completely sure that it was our lawsuit that motivated the amendment, even if the timing makes that very likely. Regardless of that, at least two important lessons can be learned from the amendment if it will be adopted (as proposals of the government in a parliament with 2/3 Fidesz majority always are).

More than another lex enemy

The Fidesz majority often reacts to individual cases and situations by legislation. They have made several laws to favour friends and to punish enemies so far (the most famous case in point is the so called ‘lex CEU’). But this amendment is more than that. It does not only prevent journalists to sue the president of the parliament but also prevents ordinary citizens to challenge regulations of a wide range of public institutions from hospitals to universities.

The (returning) limitation of judicial remedies has another implication which concerns access to the Constitutional Court: Only laws and regulations can be direct subjects of constitutional complaints. General rules at lower levels of the hierarchy of norms may be brought to the Constitutional Court only if a judgment has been delivered based on the contested rules, and the applicant assumes that his fundamental rights have been violated by that judgment. Regarding that the new rules of the Administrative Procedure Code will prevent any judgments in the merit of those cases, it will be extremely difficult to take, inter alia, the president of the parliament to the Constitutional Court.

Not that the Constitutional Court in its current state is a guarantee for anything. But that is another story.

Explore posts related to this:
Freedom of Expression, freedom of the press, parliament 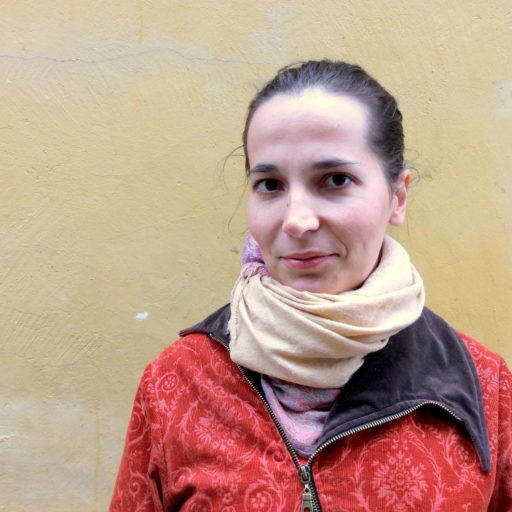 Explore posts related to this:
Freedom of Expression, freedom of the press, parliament