Wrong to the Core

The Supreme Court of Israel’s Ruling on Masafer Yatta

On May 4, 2022, close to midnight, the Supreme Court of Israel released its judgment in HCJ 413/13 Abu Aram v. Minister of Defense, holding that the Israeli army is permitted to evict eight Palestinian communities in Masafer Yatta, a rural area in the South Hebron Hills in the West Bank, for the stated purpose of establishing a “firing zone” for the IDF. The judgment sealed two decades of litigation, in which the Court pushed the parties to settle and “compromise.”

Unfortunately, the decision in this case is wrong to the core. It shows little concern for protected persons in occupied territories or their traditional ways of life, and disregards key arguments presented by the petitioners, as well as the wider context of Israel’s policies in the area. If the Israeli authorities act upon it, they might commit the war crime of forcible transfer of population. There is much to say about this ruling. In this piece, however, I will try to lay down the basics without getting too technical.

In 1980, the military commander of the West Bank declared Masafer Yatta as a “closed military zone,” intended as a training area for Israeli forces (hereinafter the Declaration). Since the military law in the area prohibits evictions of “permanent residents” from such military zones, the military claimed that at the time, there were no “permanent” Palestinian communities in the area, but only seasonal residence, agriculture and grazing by Palestinians from nearby villages. After 1980, on the basis of the Declaration, the Israeli army acted to prevent Palestinians from settling in the area, while reaching alleged “compromises” with some of them to allow limited agricultural and grazing access without permanent settlement. After years of various proceedings, petitions and temporary orders, the Abu Aram petition was submitted in 2013.

The petitioners, Palestinians from the area, argued that the Declaration was unlawful. They claimed that it contravened Article 43 of the 1907 Hague Convention, which permits the occupant only to act in favor of the local population or for security purposes, which did not exist here. In any case, they argued, even if there were security needs (which they denied), these cannot permit evictions, since these would violate Article 49(1) of the Fourth Geneva Convention (GCIV), which prohibits “[i]ndividual or mass forcible transfers” of populations in occupied territories. They disputed the army’s claim that there were no permanent residents in the area before 1980. As they argued, while Palestinians used the area seasonally for generations, the use became permanent years before the Declaration. Furthermore, even if there were no permanent settlements in the strict sense, the latter is not required for the recognition of their rights in the area, since the agriculture there and their seasonal traditions are central for their livelihood.

The State rejected the claim that it violated international law, arguing that the training area was essential for military purposes. It argued that in 1980 there were no permanent residents in the area, and the petitioners did not prove private ownership there. Most of the current petitioners, it claimed, do not live inside the area permanently but in neighboring villages; they also approach the court with “unclean hands,” because in recent years they have actively built permanent structures in the area in order to establish a fait accompli, while disregarding the Declaration and previous court orders. The State furthermore claimed that the petitioners rejected all compromise offers that would allow them to access the lands for a part of the year, when the army was not training.

The Court (Justice Mintz) rejected the petition first on procedural grounds. Especially pertinent is its holding that by continuing to build after the Declaration, the petitioners acted with “unclean hands,” which justified the procedural rejection of their petition. The Court rejected the petition also on substantive grounds. It held laconically that the law of occupation permits the imposition of a “closed area,” if needed for public order and security purposes. It then held that Article 49(1) of GCIV, which prohibits forcible transfers, does not constitute customary international law and therefore cannot be invoked in a domestic court. In any case, it held, Article 49(1) was meant to prevent “mass deportation of population in occupied territory for the purpose of its destruction, forced labor or various political purposes,” which had “nothing to do” with the situation at hand, in which the petitioners built in violation of the Declaration. Having set these provisions aside, Justice Mintz analyzed aerial photos of the area from different years, and concluded that there was no permanent Palestinian presence in the area until 1980, and that the building of permanent structures only began later. These structures were therefore unlawful and could be evicted.

Two other justices concurred (Justices Amit and Grosskopf). Both urged the petitioners to reach a compromise with the military, while Justice Grosskopf called on the military to consider the reality on the ground and the presence of civilians which claim rights in the area, when deciding its further actions.

The ruling is riddled with doctrinal and theoretical problems, ranging from the absence of international human rights law to the relations between international and domestic law. Here, I will just focus on the most pertinent of these.

The law of occupation

In very general terms, according to the law of occupation, all activities by occupants must be conducted either for the benefit of the local population or for operational military needs. However, the Court completely glossed over the question whether using land for military training aligns with these principles to begin with. Such activities do not benefit the local population, or the security of the occupant in the territory. Rather, they use local lands for the sole benefit of the occupying state, in contradiction of the trusteeship duties of the occupant. The Court, however, simply presumed that the law of occupation permits such activities without any analysis.

Even if an argument could be made that training activities are permitted in occupied territories, the Court simply refused to give serious consideration to evidence submitted by the petitioners that in this case, the declaration was not motivated by any real military needs, but by the wish to block Palestinians from settling in the area, in order to secure land for Jewish settlements (in contravention of Article 49(6) of GCIV). Crucially, the Court refused to give any weight to explicit statements to this effect, made in 1981 by then-agriculture minister Ariel Sharon. The fact that the Court does not even repeat these statements in the decision is telling considering their incriminating potential. Similarly, the Court completely declined to engage with the presence of aggressive Israeli settlement activity in the area (including “unauthorized” outposts within the firing zone itself!), which strengthens the argument that the Declaration was motivated by political considerations. In light of these circumstances, it would have been expected that the Court would devote much attention to the question whether there was in fact a specific military need to declare a firing zone in that specific area. Yet, the Court accepted this as a given, only referring laconically to statements by the military.

The circumstances above cast an especially dark light on the labeling of Palestinian building in the area – even if after the Declaration – as evidence of “unclean hands.” Masafer Yatta is located in Area C, which under the Oslo Accords is administered solely by Israel. As is widely known, Israel rarely, if ever, authorizes lawful Palestinian construction in Area C, while actively promoting Jewish settlements there, overlooking so-called unauthorized settlements, and barely doing anything to prevent violence by extremist settlers. In light of this context, and if Palestinians can never build lawfully in their areas, how can their mere attempts at survival as communities constitute evidence of unclean hands? Nonetheless, this designation allowed the Court to deny them any rights or legally protected interests in the area.

Even overlooking all of this – and even if we would assume that there was indeed a military need for the firing zone – such activities cannot involve evictions, since Article 49(1) GCIV prohibits transfers of population for any reason (except in the narrow circumstances of Article 49(2), which is irrelevant here). The state tried to circumvent this problem by claiming that there were no permanent Palestinian settlements in the area before 1980, and therefore all later building was unlawful and can be removed as a public order measure. The Court accepted that this was the case, while explicitly rejecting contrary Palestinian oral history as “not objective.”

However, even if – for the sake of the argument – there were no permanent settlements before 1980, this should not have made a difference. It is unclear why a military training zone that does not benefit the local population at all, is a strong enough interest that can block any Palestinian settlement in their traditional lands for decades to come. Furthermore, even seasonal activities must be protected. The area is characterized by traditional agriculture, in which villagers reside seasonally in various parts of the area according to agricultural and grazing needs. It is clear that the occupant must respect these traditions, customs and forms of ownership and not restrict them by establishing military closed zones. Viewing only “permanent settlements” as protected against closure and eviction has no basis in the law of occupation. More than anything, it reflects a colonial approach which constructs rights worthy of protection in a manner intended to exclude the indigenous population. Of course, the fact that the petitioners were not willing to “compromise” for restricted access to the area, does not grant the occupant powers it would not have to begin with.

As if this is not bad enough, the Court also advanced an interpretation of the prohibition on forcible transfers, as enshrined in Article 49(1) GCIV, which would deprive Massafer Yata Palestinians of any meaningful protection under the provision. First, it ruled that the prohibition does not reflect customary international law and therefore inapplicable in domestic courts, on the basis only of its own rulings from the 1980s. This is tantamount to arguing that the most basic rules of IHL, from distinction to the prohibition on torture, are not customary. This furthermore completely ignores the wide consensus that this prohibition indeed reflects customary international law, a consensus with which the Court did not even care to engage. Yet, from the point of view of international law, this does not make a difference. Israel is party to GCIV and bound by it. Therefore, even more problematic is the Court’s narrow construction of the prohibition as applying only to “mass deportations” and for certain purposes. The text of Article 49(1) is clear. It refers to individual or mass transfers for any purpose whatsoever, including, of course, for establishing firing zones.

Last, as a final blow, the Court imposed on the impoverished residents of Massafar Yata legal expenses, to be paid to the same occupant that wishes to evict them.

As someone who follows closely the rulings by the Israeli Supreme Court concerning the occupation, I find myself frequently disagreeing with them. Yet, I do not recall a ruling in recent decades so lacking of legal nuance, so unconcerned with international law, and so willingly blind to the context as this one. The only upside of this ruling is that the Court did not mandate the evictions, but only held that they are permitted. This leaves space for the Israeli government to reconsider its policies, and for the international community to ensure that the worst will not come. 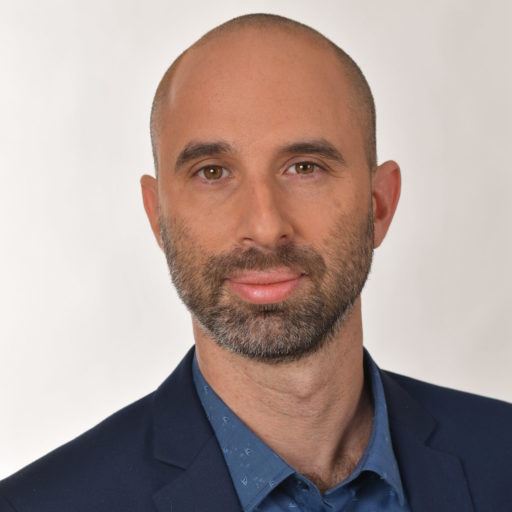