Especially over the last three years, people have been demonstrating on the streets of Brazilian cities, expressing their support of Jair Bolsonaro and even demanding the return of military rule. „I authorize“ (military intervention) is a now common cry among Bolsonaro’s sympathizers, often read on banners. Some of the demonstrators are more explicit and openly demand „Military intervention with Bolsonaro“. Why is this happening? Why are these citizens willing to give up their citizen rights not only in favour of a military dictatorship, but of a leader who apparently is capable of seducing, yes, hypnotising them in a way that no General-President during the military dictatorship could ever do?

To answer these questions, I intend, firstly, to present the interaction between Bolsonaro and the masses, by showing how he interacts with them, and, secondly, I explore the idea that such a phenomena might be due to the lack of a transitional justice in Brazil, which could have allowed the Brazilian society to learn from its past, and, by doing so, to promote democratic values among its citizens, especially the new generations. Since nothing of this sort was done in due time, Brazilians are now facing a real danger of having their democracy being corrupted by Bolsonaro and his followers.

The interaction between Bolsonaro and the masses

Bolsonaro interacts with the masses in two different ways. As far as his supporters are concerned, he acts sometimes in ways that remind of the Italian fascist leader Benito Mussolini, not only when he parades riding a motorcycle, but especially when he shows or speaks in a macho manner or appears as a military, a family, or even as a common man, a man of the people. When he launched his electoral campaign in 2018 with the slogan „Brazil above everything, God above all“, he promised to give a special place in Brazilian politics to two fictional collectivities: the Nation and the religious community. This means that, on the one hand, not only did he extend the narcistic cult of one’s own self to all those who support him and feel proud to be Brazilian, thus encouraging feelings of superiority, patriotism, xenophobia, racism, and all sorts of prejudice against his opponents, but also, by doing this, he put special emphasis on the figure of a father (das Vaterland), in the name of who he acts. On the other hand, as the figure of God is evoked, another father shows up, the father who is above all, besides the father who is above everything. From this perspective, citizens are no longer citizens, but brothers and sisters, who deliver their fate to the leader of the nation, to the commander who constantly evokes the name of God.

But he also addresses his opponents, provoking them by making statements which cause enormous controversies: during the worst days of the pandemic, for example, when more than 4,000 people were dying daily, he explicitly urged Brazilians to boycott health measures, such as the wearing of masks, encouraged them to take a cocktail of unproven drugs and to expose themselves to the virus. Moreover, using social media he boycotted the vaccination campaign, making tasteless jokes, saying all kinds of nonsense, such as „anti-covid vaccine can cause AIDS“. He has also heavily criticised the Brazilian supreme court in many ways, with his criticisms reaching a peak on the 2021 Brazilian Independence Day, when he openly declared that he would no longer consider one of the court’s judge’s decisions to be binding. The statement generated enormous outrage in the society. The media spent days to comment on this and every other foolish statement he made, dedicating numerous headlines to the President and his words.

In short, in the interaction between him and the masses, Bolsonaro acts like a conductor of an orchestra making statements which, on the one hand, fascinate his supporters arousing excitement among them, and, on the other hand, provoke the media, which bites the bait, reports on what has been said, and causes resentment among those who do not support, but keep on talking about him ( albeit with disgust, ensuring his presence among the trending topics in the social media).

Although he praises the 1964-1985 military dictatorship and its values and torturers, none of the five army General-Presidents who were in charge of the Executive power in that period had any resemblance to Bolsonaro, who has a personal style, that makes him unique in his way of governing and addressing the masses. If, on the one hand, the military dictatorship had imposed censorship on the media, so that no newspaper or television network was able to make critical reports against the regime, it is, on the other hand, the very freedom of speech and all the reactions for and against him that make Bolsonaro politically alive as a personality, unlike the Generals, who, by representing an institution, the Military, did not act on a personal basis.

One of the main topics in Bolsonaro’s political discourse, and one that is particular dear to his supporters, although it is directed to the society as whole, is his anti-corruption discourse, especially after the so-called „Car wash operation“, a criminal investigation conducted by the Brazilian Federal Police, which uncovered a web of corruption, involving, among many others, not only members of the former President Lula’s political party, but Lula himself. Due to what could be considered one of the biggest corruption scandals in history, Bolsonaro’s supporters claim that leftists, once in office, commit all sorts of dishonest and fraudulent business dealings. For this reason, they should be banned from political life, and the best way to do it is by means of a military intervention.

The question is why? Why should a military intervention free the country from corruption, when precisely the authoritarian regimes present the most fertile soil for corruption, due to the usual lack of transparency, freedom of press and of controlling institutions? Why does the anti-communist discourse of the cold war times still find echo, even if there is no communist threat, even if the USSR no longer exists?

The answer to these questions can perhaps be found in the fact that the Brazilian society ignores completely its past, and that the new generations, that did not experience military dictatorship, ignore what it is like to live in a country, where a part of the society is oppressed not only by the state, but also by its civil allies, who use the political system to impose their values and morals. By ignoring their history, Brazilians are now on the verge of repeating it.

The end of authoritarian regimes usually brings with it questions related to the political, economic, and social reconstruction of a country. With varying intensity, there is a transitional period to a new order in each of these realms. It is a historical moment in which meaningful changes might take place.

Transitional justice is the concept used to label a process that is marked by the following two sets of values and goals: truth, reparation, and justice; and social reconciliation and political stability. It is different from ordinary justice, not only because of its transitional aspect but also because ordinary justice has permanent goals related to the society, and its norms are supposed to be followed by all norm-addressees so that, for example, a convicted criminal can count on punishment. In contrast, in the transitional justice realm, the main goals can be transparency, justification, redress, punishment or amnesty instead of law enforcement.

If truth, reparation, and justice turn our attention to the past, social reconciliation and political stability make us look at the future, and demand ‘legal institutional reforms required for an instauration of democratic citizenship and a transformation of an abusive state security apparatus; it requires a redistribution of wealth that was unjustly accumulated through an inhuman political and economic system’ (see here, p. 359). In addition to the political and economic realms, transitional justice can also occur in the social realm, in which case the main concern is for social groups, including their past and future situations and the social transformations required to improve their conditions. In short, transitional justice can have as a goal the restructuring of the moral, political, legal, and ethical order.

The South African Truth and Reconciliation Commission (TRC) is an example of an organ of transitional justice that was used in this way. The Commission was supposed to find the truth, produce a detailed record of human rights violations in South Africa from 1960–1994 and name all those responsible for these violations. It was also expected that the Commission would make recommendations regarding the future and facilitate the granting of amnesty to individual perpetrators of human rights violations, an empowerment that was eventually used to encourage a trade-off between truth and amnesty; that is, the Commission could ‘grant amnesty to people who fully or honestly revealed all the relevant truth relating to acts associated with a political objective’ (see here, p. 359).

In short, only after the truth is established, reparations are completed and justice is done, either by punishing or amnestying perpetrators of serious violations of human rights, it can be said that a transitional justice process has been accomplished.

This, however, never happened in Brazil, since, instead of following the logical order of a transitional process — truth, reparation, punishment, or amnesty –, it went the other way around: there was an amnesty law in 1979 that imposed the first limit on transitional justice: nobody will be punished. The next step was taken in 1995, by paying indemnities to the families of those who disappeared during the military dictatorship (1964–1985). It was only in 2012, more than 30 years after the beginning of the transition, that a National Truth Commission (NTC) was established, functioning as a forum to present and discuss justifications. In other words, in Brazil, transitional justice began with measures that logically should have been adopted at the end of the process and ended with a measure that logically should have been the first step of the transition: the creation of the NTC.

It is impossible to say that, had a transitional justice such as the South African one taken place in Brazil, Brazilian democracy would not be facing the perils that are putting it at risk nowadays. This article showed, however, that the military dictatorship was never defeated, but merely succeeded by a civilian government, on an accommodation process, that excluded any possibility of a legal response in the form of a transitional justice capable of reviewing in due time its past and all violent abuses committed by its perpetrators.

As an organization of domination, the Brazilian state never responded to its authoritarian past by establishing adequate legal institutions, and therefore never prepared the country and all its social groups to respect the democratic pact. It is thus understandable that anti-democratic forces have emerged and are now menacing democracy, for the first time after 34 years. Bolsonaro opened Pandora’s Box and brought back to life the nostalgia for the authoritarian father. Both the savage who, in the past, surrendered to the totem and the modern subject insist on the appeal to the father to free them from the worries of life. The unburied corpse of the father of the horde is resurrected. 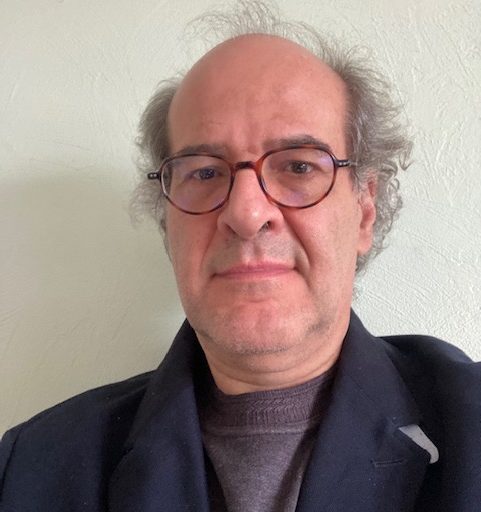