A Backdoor Exit from the European Convention on Human Rights

Russia, the Council of Europe and Article 58(3) ECHR

16 March 2022 will be remembered as the day Russia left the Council of Europe. In its Resolution CM/Res(2022)2, the Committee of Ministers decided that Russia ‘ceases to be a member’ from that date. According to Article 58(3) of the European Convention on Human Rights (ECHR), a State leaving the Council of Europe also loses its party status under the Convention. The question is when. In a barely motivated Resolution, the European Court of Human Rights (ECtHR) declared that Russia will remain a Party to the ECHR until 16 September 2022. This declaration was inconsistent with applicable termination rules. But even beyond technicalities, the experience of the past days reveals fundamental defects in the design of the ECHR denunciation clause and its interplay with the 1949 Statute of the Council of Europe. Forced withdrawal and expulsion from the Council, as mechanisms to sanction severe violations of human rights, should not have the effect of relieving the delinquent State of its conventional human rights obligations.

Russia’s exit from the Council of Europe is the final link in a long chain of events. After launching a war of aggression against Ukraine, Russia was initially suspended from the Council. This step was perceived as weak and led to calls for expulsion. The Statute of the Council provides both for voluntary withdrawal (Article 7) and forced withdrawal or expulsion (Article 8). On 15 March 2022, the Parliamentary Assembly invited the Committee of Ministers to request Russia’s withdrawal from the organization. On the same day, Russia withdrew from the Council and announced its intention to leave the ECHR. On 16 March 2022, the Committee issued Resolution CM/Res(2022)2, declaring that Russia ‘ceases to be a member of the Council of Europe as from 16 March 2022’.

The decision to give immediate effect to Russia’s exit from the Council was inconsistent with the Statute. Article 8 allows the Committee of Ministers to request a member ‘to withdraw under Article 7’. Under the same provision, the Committee may expel a member and determine the end date of membership only ‘[i]f such member does not comply with this request’. That was not the case here. Resolution CM/Res(2022)2 recognizes that Russia had already ‘informed the Secretary General of its withdrawal’. The consequence is that Russia’s departure should be governed by Article 7 of the Statute, and thus become effective at the end of financial year 2022 (see discussion here). This does not entitle Russia to sit in the Council throughout 2022. Its suspension remains in force until the effective date of withdrawal.

The Effective Date of Russia’s Departure from the ECHR: The Court’s Approach

The Kremlin’s exit from the Council of Europe raised concerns about human rights in areas under Russian jurisdiction. By determining that Russia would remain a Party to the ECHR until 16 September 2022, the ECtHR prevented Russia from leaving the Convention with immediate effect. The effective date was set on the basis of Article 58 ECHR:

1. A High Contracting Party may denounce the present Convention only after the expiry of five years from the date on which it became a party to it and after six months’ notice contained in a notification addressed to the Secretary General of the Council of Europe, who shall inform the other High Contracting Parties.

2. Such a denunciation shall not have the effect of releasing the High Contracting Party concerned from its obligations under this Convention in respect of any act which, being capable of constituting a violation of such obligations, may have been performed by it before the date at which the denunciation became effective.

In its Resolution, the Court applied the six-month transition period of Article 58(1) ECHR to a case of cessation of membership in the Council, which is governed by Article 58(3) ECHR. The Court did not, however, explain the interplay between these two provisions. According to some commentators, the idea was to extend the temporal protection of the ECHR, at least for a few additional months, to persons under Russian jurisdiction. A recent analysis suggests that the Court understood the phrase ‘under the same conditions’ in paragraph 3 as denoting paragraphs 1 and 2 of Article 58 ECHR. The Secretariat of the Council also favored this interpretation in a current Memorandum (paras. 34ff.). This approach reduces the effect of paragraph 3 to equating notification of withdrawal or expulsion from the Council to a notice of denunciation of the ECHR (Ibid.). In respect of the ECHR, the conditions of effectiveness of such notice would be governed by Article 58(1) ECHR and not by the Statute.

This interpretation, albeit ensuring that the six-month transition period applies in cases falling under Article 58(3) ECHR, has far-reaching consequences. A notice of withdrawal could be ineffective under Article 58(1) ECHR, despite being effective under the Statute. For instance, Article 58(1) ECHR only allows denunciation ‘after the expiry of five years’ from entry into force of the Convention. Following this approach, termination via paragraph 3 would also be subject to the five-year minimum term of application of paragraph 1. In theory, a State could remain a party to the ECHR without being a member of the Council of Europe for quite a long time. This effect is contrary to the design of the ECHR, which is based on the idea that parties to the Convention are simultaneously members of the Council. It is for this reason that the Convention is only open for signature to members of the Council under Article 59(1) ECHR.

The Court’s Resolution represents a fairly novel approach to Article 58(3) ECHR. Until recently, commentators considered Article 58(3) ECHR to be a separate avenue for termination (e.g. Karpenstein/Mayer/Arndt/Engels, EMRK Art. 58, para. 6; see also discussion here). This lex specialis approach is correct in my view. The conditions of effectiveness of termination under Article 58(3) ECHR can only be those established under Articles 7 and 8 of the Statute. The very wording of paragraph 3 (‘shall cease’) indicates that the effective date of withdrawal or expulsion from the Council marks the effective date of termination under the ECHR. This ensures that only members of the Council of Europe are parties to the ECHR, which is precisely what Article 58(3) ECHR intends. The practical implications are threefold.

First, the lex specialis approach does not affect responsibility for breaches of the Convention committed prior to the effective date, as provided under Article 58(2) ECHR. As noted by some scholars, the phrase ‘under the same conditions’ in the English authentic text of Article 58(3) ECHR (in the French authentic text: ‘sous la même réserve’) could be plausibly read as referring only to paragraph 2 of Article 58 ECHR. Translations of the Convention into other languages, including German and Spanish, use the singular form as well. All this suggests that the Statute governs only the conditions of effectiveness of termination, as opposed to its effects, which fall under Article 58(2) ECHR.

Second, Article 58(3) allows a party to cease its participation in the ECHR within five years from ratification. Thus, there is a risk of circumvention of the minimum term of application of Article 58(1) ECHR.

Third, the six-month transition period of Article 58(1) ECHR is inapplicable in cases governed by Article 58(3) ECHR. Instead, the effective date of termination follows the rules of the Statute. This might in some cases result in a reduction of the temporal scope of protection of the Convention (Karpenstein/Mayer/Arndt/Engels, EMRK Art. 58, para. 6). In other cases, however, it will result in a longer period of protection.

This is not the case if the State notifies withdrawal within the fourth quarter of the year, in which case the effective date is the end of the following financial year. Thus, the Greek withdrawal from the Council of Europe of 12 December 1969 took effect on 31 December 1970 (much later than the Greek denunciation of the ECHR, notified on the same day, which became effective on 13 June 1970). Where withdrawal from the Council is notified in the first two quarters of the year, the transition period will also exceed six months. Thus, if the Russian cessation of membership of March 2022 had been addressed under Article 7 of the Statute, its effective date would be 31 December 2022. In this particular case, the lex specialis approach would have provided three additional months of protection to persons under Russian jurisdiction.

Beyond Technicalities: The Problem with Article 58(3) ECHR

Russia’s departure from the Council of Europe has drawn attention to Article 58(3) ECHR, a dormant and largely forgotten provision of the Convention. This rule ties end of membership in the Council of Europe to an exit from the ECHR. The Russian case highlights the oddity of this rule in cases where the Council intends to sanction a State under Article 8 of the Statute. The Council’s competence to request withdrawal or declare the expulsion of a member serves the purpose of sanctioning serious violations of Article 3 of the Statute, which refers inter alia to the protection of human rights. The application of this mechanism, however, has the bizarre effect of lifting the shield of human rights protection in areas under jurisdiction of the delinquent State. The design of Article 58(3) ECHR was blind to the special nature of human rights treaties which, as explained by Judge Cançado Trindade, are based on ‘considerations of humanity’ rather than reciprocity (pp. 445 ff.). This fundamental tenet is reflected, for example, in the exclusion of material breach as a ground for the termination of humanitarian treaties under Article 60(5) of the Vienna Convention on the Law of Treaties (Ibid., pp. 448ff.).

Some voices have advocated for an amendment of the ECHR to eliminate paragraph 3 of Article 58. This would bring the ECHR close to the model of the American Convention on Human Rights (ACHR). The ACHR is open for signature only to members of the Organization of American States (OAS). Article 78 ACHR resembles the first two paragraphs of Article 58 ECHR but contains no rule equivalent to Article 58(3) ECHR. This difference matters. In its Advisory Opinion OC-26/20, the Inter-American Court of Human Rights found that ‘while ratification of the treaty is generally conditional on the status of OAS Member State, this is not required for the continuity of the obligations’ (para. 154). Eliminating Article 58(3) ECHR would be a step in the right direction. Still, the feasibility of this solution ultimately lies in the realm of politics. 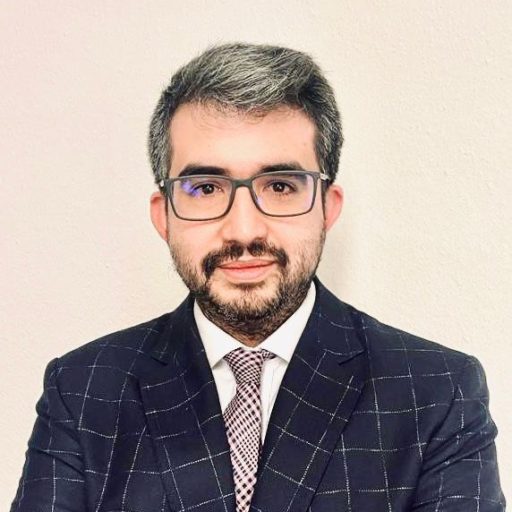