After being elected in highly unfair and rigged elections on the 30th of July 2017 (see Hanna Buck’s blog post), the National Constituent Assembly started to work on the 4th of August. In a symbolical act, the newly elected members entered the Federal Legislative Palace – the meeting place of the Venezuelan Parliament – with portraits of the former President Hugo Chávez and President Nicolás Maduro. Pictures of Chávez had been removed by the opposition after it had won a majority in parliament in December 2015.

Four months have passed since this triumphal entry. Having analyzed the Constituent Assembly’s activities that it mainly announces via Facebook, Instagram and Twitter, we argue that this assembly does not even meet the minimum requirements of a constituent assembly (for this account, see Laura Jung’s blog post). Therefore, it is a constituent assembly in name only: First, it does not seem to be a temporary body that aims at performing its tasks within a preassigned and limited time frame. Second, so far it appears as if it is not the Constituent Assembly´s primary goal to draft a new constitution. Rather, its actions and the conscious choice of the Federal Legislative Palace as a meeting place suggest that the aim of this “superpower” is to replace the opposing parliament and silence any dissent.

When President Maduro called for the elections of an assembly he did not specify any time period. The Constituent Assembly agreed to use the standing orders of the 1999 constitution-making process. Article 4 of the standing orders sets out that the assembly is supposed to finish its work within 180 days. However, in contradiction to this provision, the current Constituent Assembly decided to work at least for two years. There is no official document confirming or establishing the time limit of two years. Furthermore, the members do not seem to feel bound by the time limit: A member of the Constituent Assembly said that the time limit would only hold provided that they fulfill their tasks. Leaving the time frame unregulated carries the risk of abuse, though. This points to possible intentions behind the establishment of Venezuela´s Constituent Assembly: Presidential elections are scheduled for next year. However, the constitution-making process renders it highly unlikely that the 2018 elections will take place, and as a consequence, Maduro can stay in power far beyond the official end of its first term.

So, what is the Assembly actually doing now? Is it drafting a constitution? It seems that the Constituent Assembly has apparently three main functions, namely: Consulting “the people”, shifting and consolidating power, and silencing the opposition and any dissenting voices in society.

On its Twitter account, the Constituent Assembly extensively posts pictures and videos of public meetings within the Federal Legislative Palace and at various other places in the whole country. At these meetings, proposals for certain chapters of a new constitution are discussed. So far, chapters on youth, women, disabled people, animals, and elder people have apparently been opened. At first sight, these meetings suggest that the Constituent Assembly prepares itself to write a constitution. But, we cannot know yet whether this assembly is making a serious effort. The two other functions rather point in a different direction.

In line with this, the National Constituent Assembly has confirmed by decree that Maduro is the President of Venezuela. It has furthermore confirmed the president and rectors of the Electoral Commission (CNE) and all judges of the Supreme Tribunal of Justice in their office. However, it has stripped the National Assembly (the Venezuelan Parliament) of its powers, declaring that it has to accept the Constituent Assembly’s decisions and is not allowed to interfere with its decisions. Finally, it dismissed the Prosecutor General Luisa Ortega by decree, replacing her with a government loyalist. After the regional elections on the 15th of October the 18 governors of the United Socialist Party (PSUV) have been sworn in by the Constituent Assembly via constituent decree, while five elected governors of the opposition boycotted the event. Yet, four of them have lately acknowledged the Constituent Assembly´s supreme power. The only elected governor rejecting it has been removed from office.

Silencing the Opposition and any Dissent

Second, the Constituent Assembly is silencing the opposition and any dissenting voices in society. Recently, it has stripped opposition leader and vice-president of Parliament Freddy Guevara from his immunity after the Supreme Tribunal of Justice had barred Guevara from leaving the country and accused him of inciting violent protests and other crimes. He fled to the Chilean Embassy.

In addition, the Constituent Assembly has enacted a “constitutional law against hate, for peaceful coexistence and tolerance”, a “super-law”, that stands above all other laws. This law basically reads like a justification of establishing a totalitarian state: it applies to all citizens, to media, public service and education system and prohibits and sanctions any actions against “peace and peaceful coexistence”. This vague wording suggests that any justification can be misused to punish and silence dissent. Amongst others, it foresees that persons publishing or forwarding messages promoting, supporting or inciting hate, discrimination or violence will be punished with ten up to twenty years of prison. On social media and networks any messages that incite hate, discrimination or violence against a person or a group of persons are prohibited and have to be removed by the provider. If not they have to pay a high fine. It also requires public and private media to promote “messages of peace” for at least 30 minutes a week. Every citizen has the duty to “engage in the promotion and defense of peace”, this also comprises the whole university and school system. At the latter, “student brigades of peace and coexistence” are to be established to ensure “societal peace”. Any political party, movement or organization that promotes hate or intolerance is to be prohibited by the Electoral Commission. All persons in public service, in the military or in hospitals who do not intervene if they observe hateful or discriminating behavior will be punished with eight to ten years of imprisonment. Who will enforce this super-law? A “commission for peaceful coexistence” has been established, consisting of ministers, members of the Electoral Commission, other governmental institutions and three members of the Constituent Assembly. Thus, a temporary body perpetuates itself and ensures its further existence by including some of its members in this commission. This seems to be another proof that Venezuela´s Constituent Assembly has no intention to complete its mandate at any time.

This blog entry is the third part of a three-part series on the 2017 Constituent Assembly in Venezuela. It was originally prepared for presentation at the workshop “The Rise of Authoritarian Constitutionalism: Empirical and Normative Perspectives” organized by Princeton University and Humboldt-Universität zu Berlin at Princeton, October 2017. We are grateful for comments and remarks made on that occasion. 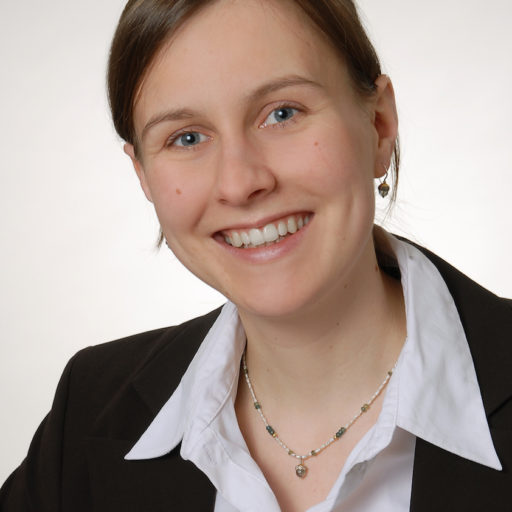