A Dubious Judgment by a Dubious Court

The abortion judgment by the Polish Constitutional Tribunal

On 22 October 2020 Poland’s Constitutional Tribunal, dominated by judges appointed under the procedure introduced by the ruling right-wing populist PiS party, has determined that abortion due to foetal defects is unconstitutional, rejecting the most common of the few legal grounds for pregnancy termination. This ruling is very controversial and caused civil disquiet and protests.

The issue of admissibility of abortion in Poland has been fraught since the 1990s. In 1993, a law was passed, which limited access to abortion to three cases:

Second, when prenatal tests or other medical indications suggest a high probability of severe and irreversible foetal harm or an incurable life-threatening disease. In that case, abortion is allowed unless the fetus would already be able to live independently outside the pregnant woman’s body, which also must be confirmed by a physician other than the one performing the termination.

Third, when there is a reasonable suspicion that the pregnancy resulted from a criminal offence. For this reason, an abortion is possible up to 12 weeks from conception, and the occurrence of this circumstance must be confirmed by the prosecutor.

In other cases, abortion is illegal and is punishable by law. The doctor who performs the procedure or any person who helps a woman with an abortion may be imprisoned for up to 3 years.

In 1996 an attempt was made to liberalize these regulations. The new act introduced the possibility of terminating pregnancy also when the woman was in difficult living conditions or in a difficult personal situation. However, on 27 May 1997, the Constitutional Tribunal ruled that this possibility was incompatible with the constitutional provisions which were in force in Poland at the time.

There have also been made many attempts to tighten abortion law. In 2007, some pro-life groups tried to have legal protection of human life from conception included in the constitution. The attempt was unsuccessful. In 2016, a civilian bill draft was submitted, providing for imprisonment for unlawful abortion of both the abortion doctor and the woman. This sparked strong social opposition. In response, a draft was submitted assuming the unlimited access to abortion until the end of the 12th week of pregnancy.

In the following years the topic remained controversial in public, and draft changes to the abortion law were proposed. On 27 October 2017 a group of right-wing deputies from various parties made an application to the Constitutional Tribunal to declare the of admissibility of abortion unconstitutional in the case of a high probability of severe and irreversible fetal impairment or an incurable disease that threatens the fetus. Because of the end of the term of office of the Sejm and new parliamentary election, this application was renewed by deputies in November 2019. After almost a year, on  22 October 2020, the Constitutional Tribunal issued a ruling in which it stated that termination of pregnancy in those cases is indeed inconsistent with the constitutional principle of the protection of human life and human dignity.

It should be expected that after the judgment is published in the Journal of Laws of the Republic of Poland, it will become of universally binding in the eyes of the state authorities, so the possibility of terminating a pregnancy in such cases will disappear from the Polish legal system, and doctors will be alert to the criminal law consequences.

However, this judgment is controversial for two reasons.

The first is substantial. The judgment was issued in response to a request from a group of deputies to the Sejm. It should be stated that such far-reaching changes in the law, consisting in deep interference in social issues, should possibly be made through amendments to bills by the Sejm, and not through judgments of the Constitutional Tribunal. In other words, the deputies should shoulder the burden of this change to abortion and criminal law, propose a draft bill on this matter, and thus submit it to public discussion, in which would participate the opposition and the citizens, women, specialists. It is a question of medical expertise and moral judgment, not of constitutional law.

Many say that the decision of the Polish Tribunal violates the dignity of women, exposes them to inhuman treatment or even torture, violates their freedom, equality before the law, and the right to health protection.

The second is formal. The adjudicating bench was not competent, as it included three so-called „doubles“ and „successors of doubles“ – judges elected a few years ago by the Polish Sejm dominated by PiS to posts already occupied by real judges. These persons are unauthorized to adjudicate and are not judges of the Tribunal. Moreover, the adjudicating bench was chaired by judge Julia Przyłębska – elected President of the Constitutional Tribunal in violation of the procedures. A judgment given with the participation of persons not entitled to adjudicate is invalid, non-existent. This will certainly cast a dark shadow on this sentence.

To be sure, none of this will stop the chilling effect of this judgement or the criminal proceedings, if the prosecutor’s office is ambitious and wants to convict doctors. Women will be denied the right to terminate pregnancies, which may discourage prenatal testing. But on the other hand, if the prosecutor accuses someone for abortion because of a foetal defect, that person will be able to appeal to the European Court of Human Rights, and there is some hope that the Strasbourg Court will intervene. The same may happen if a woman whose pregnancy termination for these reasons is refused appeals to Strasbourg. 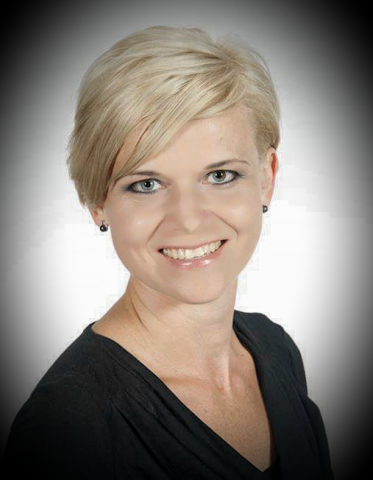