A Judicial Path to Nowhere?

On 25 September 2019, the Constitutional Court of Latvia opened a case on the constitutionality of several provisions regarding pre-school education for minorities. The complainants are not likely to succeed with their appeal, though, as the Constitutional Court has so far used the country’s Soviet history as well as Latvia’s cultural identity as arguments to uphold the restriction of minority rights.

The contested norms are an integral part of the education reform which the Latvian authorities have been gradually implementing for more than 20 years. The recent phase of the education reform envisages the increase of the proportion of the teaching in the Latvian language in minority schools. In the 1st to 6th grade at least 50 percent of teaching hours should be in Latvian, in the 7th to 9th grade this proportion increases to 80 percent, while in 10th to 12th grade the entire education process must be organized in Latvian with the exception of subjects related to minority language, culture and identity. The petitioners argue that these regulations violate Latvia’s Constitution with regard to equality before the law and the courts, the prohibition to discriminate in implementing of human rights obligations, the right to education, and the right of persons belonging to national minorities to have their distinct linguistic, ethnic and cultural identity preserved.

The recent changes produced heated and politicized debates both within Latvia and abroad. The Latvian authorities were criticized by international human rights treaty bodies, including the Advisory Committee for the Framework Convention for the Protection of National Minorities and the UN Committee on the Elimination of Racial Discrimination.

The Latvian language as a constitutional value

The proclamation of the official language as a constitutional value creates additional opportunities for the Constitutional Court to justify the authorities’ endeavors aimed at strengthening the use of the minority languages in the education system in Latvia. In its 2019 judgment, the Court confirmed that limiting the scope of use of the Latvian language in Latvia should be viewed as a threat to the country’s democratic system. The same argument was also used by the Constitutional Court 14 years ago in case 2004-18-0106. In any case, this approach immediately dismisses the arguments of those who want to challenge the language quotas in Latvia’s minority schools on the grounds of the alleged legitimate aims, such as the support of the official language in all spheres of public life and the integration of minorities. It seems that this stance of the Constitutional Court does not leave minority representatives any better option but to accept the new proportions for the use of minority languages in education, while it does not preclude the state from the possibility to further reduce these quotas.

The second aspect is a reference to the Soviet occupation and its impact on the ethnolinguistic composition of the Latvian society. In its 2019 judgment, the Court substantially repeated its conclusions made back in 2005 when assessing the social and demographic consequences of the Soviet rule in Latvia. Thus, the Court views the post-war inter-Soviet labor migration to Latvia differently than migration into western Europe. It claims that under Soviet rule Latvia was neither capable to voluntarily decide on the contents of migration, nor to develop its own integration policies. The Court also put the migration issue in conjunction with the linguistic policies of the Soviet authorities in Latvia. The increasing role of the Russian language in all spheres of public life in Soviet Latvia is referred to by the Court as “Russification policy” (rusifikācijas politika). In 2005, in its judgment the Court specifically underlined that the “Russian-speaking inhabitants” (krievvalodīgie iedzīvotāji) are an artificial product of this policy which “forced” some ethnic groups, including Belarusians, Jews and Ukrainians, to become parts of it. This was a result of a parallel educational system of Soviet Latvia which ensured possibilities to study either in Latvian or in Russian. In 2019, the Constitutional Court went even further by interpreting the possibility to choose the language of instruction between Latvian and Russian in Soviet Latvia as the de facto segregated education system.

Already in 2005, the Court claimed that the changes in the education system in independent Latvia are “a natural step” aimed at the creation of a new educational system that ensures “versatility of education”. Moreover, back then the Court established a causative connection between the current “complicated ethno-demographic situation” in Latvia and the Soviet nationalities policies. It, therefore, underlined the necessity to consider this factor while assessing the compliance of the challenged provisions of the education reform with the country’s Constitution and obligations under international legal instruments. Hence, while being criticized and challenged for the contents of Latvia’s domestic diversity policies and the obligations under international human rights instruments, the country’s authorities will always appeal to Latvia’s traumatic Soviet experience.

The third aspect is exactly the interpretation of the country’s obligations under international human rights instruments. In addition to the factor of the Soviet occupation, the Latvian Constitutional Court developed a series of defensive arguments to interpret specific provisions of the international treaties. First, with the reference to the practice of the European Court of Human Rights, the Constitutional Court in April 2019 emphasized the need to interpret international legal instruments to the effect that a balanced approach between the individual’s rights and society’s interests can be found. Similarly, back in 2005, the Court stressed that the interpretation of the constitutional provisions and Latvia’s obligations under international treaties should be based on the approach which ensures harmony and not confrontation. In seeking the balance, the legitimate aim of the state to support of the official language could always be acknowledged as prevailing over the rights of the specific groups of people. Second, as for the Framework Convention for the Protection of National Minorities (FCNM), in its 2019 judgment, the Court underlined the large margin of appreciation for the states to implement its provisions based on their specifics determined by different constitutional, historical and geopolitical contexts. The Court’s conclusion on the non-applicability of the Opinion of the Venice Commission on the novelization of the education law in Ukraine in 2017 to the specifics of Latvia is just an illustration of this approach. Thus, the Court is not impeded from interpreting the Latvian case as sui generis and declaring the relevant foreign practices non-applicable to the Latvian situation. Third, already in 2005, the Court underlined that the FCNM neither excludes the implementation of norms which define the proportions of the languages used in minority education nor contain any provision that restricts the instruction in the official language.

Seeking justice to no avail?

A combination of the three above factors and their previous interpretations in the judgments of the Constitutional Court of Latvia suggest that all subsequent judgments of this court on minority education in Latvia will likely be based on the very same arguments. Consequently, this situation leaves persons belonging to national minorities and their representatives virtually no room for maneuver when they appeal to the Constitutional Court to claim a violation of domestic constitutional provisions and Latvia’s international obligations.

Does this mean that Latvia’s minorities should give up their attempts to refer to the Constitutional Court in defending their rights? Absolutely not. In response to the authorities’ determination to continue the education reform, this step is necessary at least to demonstrate the topical nature of the issue for a significant part of Latvia’s society and to show that the domestic measures have been exhausted. However, the reference to the same articles of the Constitution and international legal instruments in the new minority-related cases lodged before the Constitutional Court might require some new and unconventional arguments to challenge the predictable argumentation of the court.

Other posts about this region:
Lettland 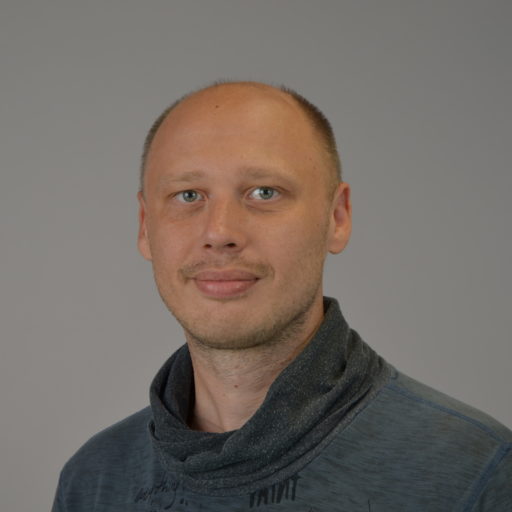 Other posts about this region:
Lettland No Comments Join the discussion
Go to Top