After Lukashenko’s attempt to brazenly steal yet another election in Belarus, assuming it will all be business as usual, protests, police violence ensued and Lukashenko’s opponent Tikhanovskaya was forced into exile. These developments have led to a momentum of opportunity for a reform of the political system of the state: Belarus now has an unprecedented chance to re-invent itself as a new democracy. Only three years ago, in 2017, North Macedonia was in a similar position, transitioning from a 10-yearlong dictatorship of Nikola Gruevski. Some of the mistakes that were made in this process can be avoided in the case of Belarus. In particular, this requires consideration of institutional capture as a remaining empirical condition post-dictatorship, as well as the role of the EU accession process in what resulted in an only superficial transfer of concepts to the North Macedonian constitutional life.

What constitutes an authoritarian state? Is it the single person so long in power? Or would it be advisable to rather look at the conditions of the entire state apparatus once the dictator is gone? In other words, it is only once Lukashenko is no longer president of Belarus that we will be able to start to assess the state of things in the first place. This brings us to North Macedonia.

Of course, the size is not the only relevant indicator of a captured state. The judiciary in North Macedonia was equally strongly dominated by the executive, showing clear signs of a dependent judiciary. The high levels of corruption in North Macedonia amounted to a culture of clientelism that is wide-spread both in scope and in its lengthy tradition. Yet, it was all painfully brought to light only with the revelation of wide-spread wire-tapping conducted by the ruling party, where phone conversations revealed members of the government directly intervening in the appointment of judges, and the outcome of individual judicial proceedings.

The negotiations that took place in the aftermath of this crisis ultimately led to the end of Gruevski’s rule, and seemingly opened the path of North Macedonia to cure its authoritarian ailments and make its way towards an EU membership (including resolving the decades-long dispute with Greece over the country’s name). Ostensibly, the citizens of North Macedonia had before them an opportunity for a fresh start. So far so good?

North Macedonia had already began its path towards EU membership before Nikola Gruevski got to power, and was granted candidate status in 2005. What was expected was a trajectory similar to that of Croatia, where the accession process was carried out in keeping with the relevant topic chapters outlining the so-called Copenhagen criteria, where the candidate state needs to meet qualitative and quantitative standards, many of those relating to rule of law, independent judiciary, and human rights, to name a few. The process was in essence put on hold in the following years, in part due to Greece’s demands concerning the name change. It was only continued in 2015 with the transitional agreement between North Macedonian political stakeholders and representatives of the EU and the US, paving way for a new government. The citizens of North Macedonia, however, had been side-lined in this process, given that the parties to the transitional agreement were simply the representatives of four main political parties in the country. Their task was to organise a transitional government, that was then to organise elections. EU accession negotiations were opened in March 2020, based on the recommendations contained in regular yearly progress reports by the Commission.

The EU’s accession process comprises of a number of chapters based on a European understanding of democracy and the rule of law. In itself, this is certainly a worthwhile effort, and compliance with these standards have arguably been one of the great achievements of the European integration project. However, the process has been depicted as a box-ticking exercise, one that is inherently superficial and impossible to measure. What is more, the rule of law backsliding we see today in Poland and Hungary may well be attributed to the Commission underestimating the proneness to institutional capture in candidate countries.

It is crucial to remember that practices and habits of clientelism in the administration and judiciary have become so embedded in the fabric of how the public sphere of North Macedonia works, that it is impossible to expect this to go away with a new government attempting to tick the accession boxes. It omits the structural properties of public institutions post-dictatorship, where citizens continue to sustain clientelism as the given modus operandi. Imprinting upon this a textbook idea of the rule of law and an independent judiciary will not work in such conditions. It is therefore of little surprise that judicial independence and the rule of law were at the centre of issues for opening accession talks. In its Progress Report of 2019, the Commission concluded that North Macedonia is ‚moderately prepared‘ for the rule of law requirements of EU membership. In an updated Report of March 2020, the Commission found the rule of law chapter satisfying due to high-level cases of corruption being carried out. The Commission also lists a number of legislative reforms to support its conclusions. In only a year, it appears that decades of institutional capture have, suddenly, on the paper, disappeared.

This is not to say that North Macedonia should have been blocked in its accession process. Rather, it is to point to the troubling superficial nature of an attempt to democratise a captured state. Transitions often include unhappy compromises, and a malleable administration and judiciary under such conditions usually means that the initial excitement in the most immediate aftermath of a transition pales rather quickly.

What does this tell us about Belarus? There are four lessons in particular that I would like to address. First, it is crucial to remain aware of the fact that while Lukashenko is still factually in power, we are not in a position to fully determine the extent of institutional decay his time in power has created. Certainly, we are not in the dark concerning the human rights and rule of law breaches taking place. However, the full extent of corruption and clientelism running through the Belarus society is something not to be underestimated. It will be the decisive determinant not in reaching a constitutional solution forward, but in implementing it in decades to come.

In this connection, the second lesson to be learned is that it is necessary to turn more attention to empirical pre-conditions necessary for the implementation of constitutional concepts in different contexts. This means that, for example, when we are devising criteria for establishing the independence of the judiciary or the fairness of elections, we are required to question whether this can be achieved by methods already applied in the Western context.

The third lesson is particularly important for outside diplomatic intervention in the transition process. The EU and the US have in North Macedonia entirely by-passed democratic participation, opting rather for closed-door meetings with political stakeholders and haphazardly negotiated solutions. In societies with low trust in public institutions and politicians, the process of transition must be as inclusive and transparent as possible with the aim of legitimising any solution in moving forward.

Finally, the fourth lesson concerns constitutional re-drafting, something most discussed with constitutional scholars mentioned in the beginning. In a position of a constitutional tabula rasa  the citizens of Belarus can use their constituting power to deliver a new, democratic constitution. Still, perhaps the most important lesson from North Macedonia is that change cannot happen under current empirical conditions. This is not least due to the fact that we can at present only begin to imagine the political repression of Belarus‘ citizens. Information asymmetries due to media control in Belarus operate to prevent the general public to act as self-enlightened citizens, praised in the Western constitutionalist thought as agents of political change. The idea that the Belarus public would have anything remotely resembling a Rawlsian moment, or a similar ‚founding‘ moment seems almost impossible after decades of institutional capture.

A Note on Western academic colonialism

Constitutional law scholars from across the globe have engaged in a discussion on possible constitutional design for Belarus. However, as Mark Graber pointed out, there is an inherent danger of academic colonialism in such discussions by transferring concepts established in Western traditions of constitutionalism, such as the division of powers, an independent judiciary, or the rule of law.

If recent history has taught us anything, it is that the most difficult point in a transition is to even consider a Rawlsian moment as something that can happen in the first place. All institutions are captured, and while the constitutional text may formally adopt Western concepts of a liberal democracy, it will inevitably need to adopt solutions that take into account the time and manner it will take to truly liberate the existing structures from Lukashenko. It may well be that this will ultimately make us reconsider what we define as constitutional change, and under what conditions it can take place. Taking into account that Lukashenko is not showing signs of an intention to resign, but is rather doubling down on its efforts to remain in power, there is a serious risk that patchwork solutions might be negotiated. In this context, the lessons of citizens‘ inclusion and transparency in negotiations presently seems the one most pertinent to keep in mind.

Other posts about this region:
Belarus 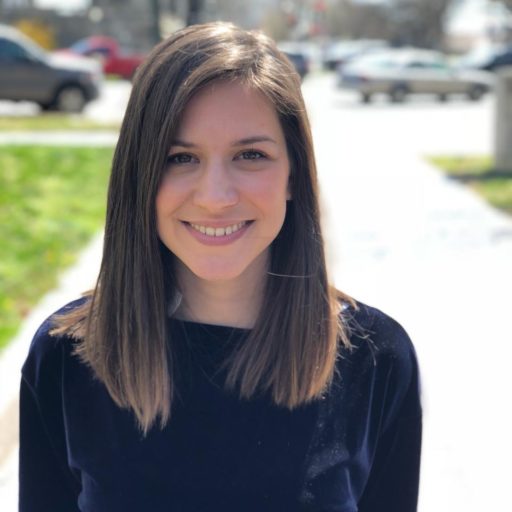 Ana Bobić Ana Bobić is a Postdoctoral Researcher at the LEVIATHAN Project at the Hertie School Jacques Delors Centre.

Other posts about this region:
Belarus 1 comment Join the discussion
Go to Top