A Novel “Reinforced Cooperation” in the EU

The viable option of a NextGenEU without Poland and Hungary

The EU is facing a novel situation. After years of passiveness about the eroding rule of law in several of its Member States (MS), the Union paved the way for a conditionality mechanism, binding the disbursement of EU funds to rule of law criteria. In return, Hungary and Poland, who had voted against the mechanism, vetoed the agreement on a multi-annual budget (MFF) and, more importantly, on the EU’s revolutionary post-Covid recovery fund Next Generation EU (NextGenEU).

NextGenEU constitutes the EU’s Achilles’ Heel as many MS are badly in need of the recovery funding. This is why an intense debate on whether and how NextGenEU could be decided without Poland and Hungary has erupted.  Even Ursula von der Leyen hinted at her willingness to invoke a invoke a “reinforced cooperation”, leaving open whether this referred to an international law or Treaty-based solution. Other sources report that the Commission would prefer a differentiated solution within the treaties. This week’s European Council is generally expected to see the showdown on whether the EU will have to go ahead without Poland and Hungary.

This post looks at how the Polish and Hungarian vetoes could be circumvented if “reinforced cooperation” was to mean “enhanced cooperation”. It could be a solution for Member States to get most of the advantages of NextGenEU without sacrificing a rule of law conditionality or their reinforced sense of solidarity. It might prove necessary, however, to look into a novel and complicated approach towards enhanced cooperation.

There are several alternatives being discussed to create NextGenEU without Hungary and Poland. An obvious first choice to go ahead without the vetoing states would be to conclude an international law agreement setting up the recovery fund.  Yet, the international law solution comes with a number of downsides. It has been brought forward that borrowed funds would eventually be given out by the MS themselves and not be borrowed by the Commission with the multi-year budget serving as a guarantee. An arguably even bigger disadvantage, however, is the symbolism of the vast majority of EU MS being pushed out of the EU framework to help the members most in need. This would be a sign of surrendering the EU framework to those unwilling to respect the rule of law (though much less of a surrender than giving in to Hungary’s and Poland’s demands, which the EU must resist at all costs). Surrendering the EU framework would also mean a significant loss in democratic legitimation; while national parliaments get to vote on international law treaties in the context of ratification, the European Parliament (EP) would not play a role. Even taking into account the creative possibility of the treaty requiring EP approval as a constitutive element, like in various other occasions in which EU institutions were used in international law settings, the EP involvement would essentially come be a voluntary gesture by the national governments; the requirement could be dropped inmidst negotiations, or even be excluded by a treaty change afterwards.

A second possibility, which has been described on this blog, would be to model the recovery fund after the formerly planned Eurozone budget, i.e. to create a fund only for Eurozone MS. Yet, this would exclude some of the states most in need – particularly now after the second wave of the pandemic – and some of the states in the best position to help. That would be a devastating signal in terms of European solidarity, especially after it has been regarded as a breakthrough that a solution was found involving all, also the so-called “frugal” countries.

Similarly, the idea to create a fund based on Art. 122 TFEU decided by qualified majority, following the example of the “SURE” fund, meets serious constitutional doubts as has been described recently on this blog.

This leads us to a notion much-discussed in the last few days: enhanced cooperation. This mechanism, laid down in the EU Treaties, enables MS to pass EU law without binding all states. This can happen with two major motivations: Either, it enables some MS to go ahead and create EU law instruments that others simply do not want – this happened in family law or with regard to the European Public Prosecutor’s Office (EPPO). Alternatively, enhanced cooperation can be used to overcome a veto caused by MS who in principle agree on a measure but not on its implementing details (see the unitary patent). Importantly, this latter, more controversial mode of using enhanced cooperation has been green-lit by the CJEU without any major restrictions. Technically, enhanced cooperation as such is authorised by the Council, then regular legal acts can be passed within it. Besides altering the setup of the Council by excluding the non-participants, the legislation process is left untouched; therefore, full EP participation is guaranteed. However, enhanced cooperation is governed by several requirements which must be met as prerequisites.

Furthermore, enhanced cooperation must be adopted as a “last resort” (Art. 20(2) TEU). Whether this requirement is met depends on the upcoming negotiations, but two fruitless European Council meetings seem like a strong indicator that a solution cannot be found. What is important is that the acts to be passed within the differentiated framework do not need to be identical with the one that failed to reach the necessary Council majority. Thus, the fact that the EU cannot find a compromise on a new Own Resource Decision (ORD) which would serve as a basis for NextGenEU does not mean that the resulting enhanced cooperation could only produce a differentiated ORD. It is rather the political project at large that needs to be taken into consideration.

Most of the remaining requirements concern the internal market, competition, or trade, all of which are not at stake here. However, Art. 327 TFEU lays down that any enhanced cooperation “shall respect the competences, rights and obligations of those Member States which do not participate in it”. In this respect, it is crucial to bear in mind that NextGenEU is not foreseen to cause any budget cuts etc. – it is money for MS on top of the budget. None of the states have a right to it, as it is a sign of solidarity among MS. Thus, non-participants’ rights and competences would not be affected.

However, the most important factor in order to understand what a differentiated NextGenEU would look like is the scope of application of enhanced cooperation. The Treaties only state that the mechanism “can only be established within the Unions non-exclusive competences” (Art. 20(1) TEU). The question, thus, is which legal basis the post-Covid-19-recovery cooperation would be based on.

MEP Sven Giegold and EU law professor Rene Repasi in their recent proposal (similar proposal here) suggested to move specifically the vetoed ORD based on Art. 311(3) TFEU to the enhanced cooperation framework. This would effectively create a parallel budget involving only participating MS. This second budget would be used to implement NextGenEU as planned. Such a structure would of course be complicated, but not totally unthinkable. The problem that I see with this, however, is the nature of Art. 311(3) TFEU. Many voices, i.a. the Bundesverfassungsgericht, consider Art. 311(3) TFEU to be a specific treaty amendment procedure. Even if this is not explicitly mentioned as excluding an enhanced cooperation, can we really imagine primary law amendments based on enhanced cooperation? Even if one disagrees and considers the ORD a mere secondary law act, building a NextGenEU-enhanced cooperation on it would entail considerable risks, given that the CJEU could agree with the former finding or disagree but trigger another clash with national constitutional courts.

The alternative would be to not include the ORD, but the principal aim, namely the creation of NextGenEU’s Recovery and Resilience Facility (RRF) in the enhanced cooperation. Thus, the fund would be created directly by the smaller group of MS. This would lead to the question where the funding for it would come from. In general, Art. 332 TFEU foresees that expenditure arising from an enhanced cooperation is borne by the participating states. This would mean that the crisis-hit MS suffering from high debt burdens would have to raise even more money in order to effectively give it to themselves – hardly a solution as effective as NextGenEU, the beauty of which was that the money was supposed to be borrowed by the EU. Of course, as Martin Nettesheim has pointed out, MS could agree on a joint liability for the funds borrowed – that, however, would lead us back to the discussion on Eurobonds, an instrument which MS have shied away from even in the most difficult of crisis moments.

Which way to go

In conclusion, two solutions are in a legal grey area (enhanced cooperation based on Art. 311 TFEU; QMV-decision based on Art. 122 TFEU), an another one would be a leap backwards in terms of solidarity (Covid-Eurozone-Budget). An international law solution has symbolic problems and lacks democratic legitimation. Creating the RFF by enhanced cooperation solves the latter problems but can only be pursued if MS agree to Eurobonds, which realistically they won’t.

Perhaps in this situation, the best solution is in a mixture of these approaches. A fund created by way of enhanced cooperation would be fully legitimated by the EP and send a strong signal to the vetoing states. To fund it, the participating MS could resort to international law. It has been done before when Eurobonds where to be avoided that MS created international law facilities, endowed them with large financial guarantees and let them borrow money on the financial markets to disburse it to MS – the EFSF and ESM work(ed) along these lines. Art. 332 TFEU merely states that MS need to cover the expenses arising from an enhanced cooperation. The question how this is done is fully in the responsibility of the MS. Whether they pay their shares individually or channel them before, whether they are borrowed or not is a question of the “back end” of the financing that is of no interest from the perspective of the Treaties. In addition, as explained above, an enhanced cooperation can cover a whole policy field and is not limited by the initial proposal that failed to be adopted by the EU as a whole. Given this, one could even consider that future sources of revenue could be passed in the enhanced cooperation framework, explicitly to cover the expenses of the fund.

This solution would not, by any means, be an easy one. In fact, two different governance layers, an enhanced cooperation and an international law treaty, would also mean two drafting processes, adoption on the level of the EU and ratification in all participating MS. Yet, it could be a solution for MS to push most of the advantages of NextGenEU across the finishing line without sacrificing their newly won firm stance on the rule of law or their reinforced sense of solidarity. This might be enough of a motivation to look into a novel and admittedly complicated approach for NextGenEU to go ahead.

DOWNLOAD PDF
LICENSED UNDER CC BY SA
SUGGESTED CITATION  Luckner, Johannes Graf von: A Novel “Reinforced Cooperation” in the EU: The viable option of a NextGenEU without Poland and Hungary, VerfBlog, 2020/12/09, https://verfassungsblog.de/a-novel-reinforced-cooperation-in-the-eu/, DOI: 10.17176/20201209-190601-0. 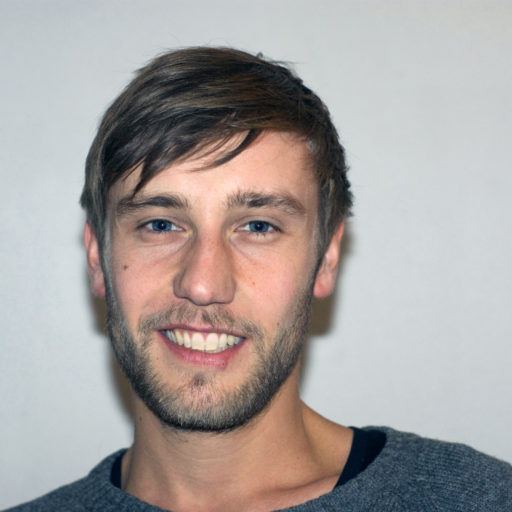 Johannes Graf von Luckner Johannes Graf von Luckner is a researcher at University of Erfurt.
No Comments Join the discussion
to receive information about new articles and services of Verfassungsblog.de. I know that I may withdraw my consent at any time. More information in the privacy policy.
Verfassungsblog complies with the new GDPR.
Read about it in our Privacy Policy. I opt-out
permanently of anonymized tracking via Google Analytics on Verfasssungsblog.de. This will create a cookie on your device to save your decision.
Go to Top