Establishing ,Next Generation Europe' on the Basis of EU Secondary Legislation

The EU is once again in crisis. The political goal of laying down the legal foundations for the Next Generation Europe recovery and reconstruction fund by the end of the year has moved into the far distance after Hungary and Poland announced that they would not agree to a change in the EU’s own resources decision at a meeting of the Council of the European Union next week. At the moment it is not clear whether they will move away from this position. The EU Commission is therefore looking for a Plan B – in case NGEU cannot be realized unanimously.

According to current plans, NGEU is to be realized by granting the EU Commission the authority to issue bonds on the financial markets in an amended own-resources decision. According to Art. 311 (3) TFEU, this amendment can only be made unanimously and requires ratification by the member states.

What to do? Differentiated integration is not possible if and to the extent that NGEU is meant to be financed through EU debt. I have explained elsewhere on Verfassungsblog that a group of EU Member states cannot take on debt at the expense of the EU as a whole. Of course, it is possible that they authorize the EU Commission to issue Euro bonds in their name. They can then also design a governance mechanism to distribute the money they have borrowed. But they will have to be liable for it. On the capital market, no money will be given to the EU Commission if there is no clearly identifiable fiscal power behind it. If this is not the EU, it can only be the EU Member States. This would mean a relapse in the Euro-Bond discussions and raise the questions about constitutional law that had emerged in 2012.

Is there a possibility of anchoring NGEU entirely in secondary legislation (analogous to SURE)? In other words, would it be possible to adopt a NGEU regulation, including the power to raise funds on the capital markets, on the basis of Art. 122 TFEU by way of majority decision?

In the light of the precedent of the SURE regulation (and previous precedents), it can be assumed that the competence of the EU-Commission to issue bonds in the name of the EU can be established in an act of secondary legislation. One will also be able to assume that Art. 122 TFEU bears out such an act – even when enormous sums are involved. Everybody knows that the provision was not originally made for measures that enable the granting of sums of EUR 100 billion (SURE) or even now EUR 750 billion (NGEU). But the wording does not rule it out. It is clear that the EU institutions will extend possible competence norms to the limit of what is justifiable in order to realize NGEU.

Irrespective of this, a secondary law implementation of NGEU solely through Art. 122 TFEU would create considerable problems. These problems would be of constitutional nature, affecting the budgetary system of the EU. It is to be expected that a NGEU regulation based on Art. 122 TFEU would channel the funds past the EU budget as „externally assigned revenues“. This approach would mean eliminating the budgetary responsibility of the EU budget legislator. As far as loans are concerned, this has long been practiced and is constitutionally acceptable – simply because there are good reasons to assume that such loans (“back to back lending”) are neutral from a budgetary point of view. However, when it comes to grants (“borrowing to spend”), such neutrality clearly does not exist. Debt-based spending is not neutral; it is expenditure and affects the gross financial situation of the EU. There are good reasons to assume that substantive debt-based spending outside of the EU budged is contrary to Article 310 (1) 1 TFEU. EU subsidies to the Member States are expenditure; not to include them in the budget under Article 310(1) TFEU simply because they are earmarked for a specific purpose amounts to circumventing EU budgetary constitutional law. To argue here with an emergency situation (Art. 122 TFEU) is unconvincing, because a project that is planned to run until 2058 and provides subsidies of just under 400 billion could easily be included in the EU budget. The Council’s legal service has given its approval to the currently planned construction of NGEU, but has emphasized that to burden the EU with debts without the EU budget legislator having a say must remain an exceptional case. One has to be quite naïve to believe that the EU institutions will resist the temptation not to take the easy way out in the future, i.e. to pursue a debt-financed spending policy based on EU secondary legislation that bypasses the EU budget.

It would be conceivable to provide such an instrument that the EU Member States guarantee (voluntarily or in a legally binding manner) the financial resources raised. In this case one would have a hybrid construction of EU debt and Eurobonds. The problems with Art. 310 (1) TFEU would remain.

However, the path via secondary legislation would not only raise questions of compatibility with the provisions of EU budgetary law. There are good reasons why the current construction of NGEU provides for a rise in the own-resources ceiling in an amended own-resources decision. This is intended to provide the EU with the financial leeway to repay the funds from 2028 onwards. From an economic point of view, this is intended to demonstrate to the financial markets that the EU actually has the fiscal capacity to bear the debt burden – even though it remains to be seen whether this will be done by (further) increasing own-resources, by restructuring expenditure, or by extending the debts incurred within NGEU into the future. Whether the EU’s rating would fall without a revised own-resources decision is open, but unlikely. As a consequence, the EU Commission might be tempted to simply drop the proposal of a rise of the own-resources.

However, the hedging of NGEU in the own-resources decision has another function. The unanimous amendment of the own-resources decision, which has to be ratified by the 27 Member States, fulfils an important function of political legitimization. All Member States make it clear that they are committed to providing the EU with the resources that will be needed to enable the EU to pay back its debts from 2028 onwards. If the basis for issuing bonds were laid down in secondary legislation and decided by a majority vote, this effect of political legitimization would be lacking. Of course, it could be argued that all Member States are obliged under Art. 4 (3) TFEU to ensure that the EU can fulfill its obligations on the financial markets. Art. 311 TFEU makes it clear, however, that the political freedom and responsibility of the Member States as to how the EU is to be financed cannot be overplayed by lawyers via an interpretation of Art. 4 (3) TFEU.

This then raises three questions. Firstly, it is an open question both from the point of view of constitutional law and of political ethics whether the EU (on the basis of a majority decision) may and should pursue debt-financed expenditure policies without any legal provision on how these funds are to be repaid. This is common practice in the nation states. However, the EU Commission has apparently assumed up to now that at least a certain degree of legal protection of the future repayability is politically sensible (in the amended own-resources decision). Can this simply be dispensed with now?

Secondly, the question arises as to whether there are any legal upper limits to a debt-financed expenditure policy that is a) operated under secondary law on the basis of a majority decision and b) not reflected in the EU budget? In theory, a qualified majority of the Member States could thereby undermine the entire EU financial constitutional system and make it obsolete. It is to be expected that the exceptional situation of the Corona crisis will be used as an argument at this point, as well as the claim that NGEU is to be a one-time and temporary program (only until 2058). But anyone who knows the history of the EU knows that something that is done today will be on the agenda again tomorrow, especially if it is so temping as debt financed expenditure policy.

Thirdly the question arises of how Hungary and Poland will react at a later point in time if NGEU is now implemented on the basis of a secondary legislation passed by a majority and they are not given a share of the funds. There will be a time when the own-resources decision will eventually have to be amended in order to accommodate the debt burden of the EU and the creation of resources for the repayment of NGEU debts. Will these states then really agree to a rise in the own-resources ceiling that is necessary to allow for the repayment of the borrowings? In this context, will they be prepared to contribute to the repayment in accordance with the general key of Member State financing of the EU? They would then be paying for something they were not involved in. It is already foreseeable today that the states would then claim budget “rebates” as a compensation for the non-participation in NGEU.

The realization of NGEU via debt authorization under secondary law is thus legally feasible, if the concerns around constitutional law described above are put aside. The EU thus becomes a „special purpose vehicle“ through which the EU Member States obtain funds without the consent or responsibility of the EU budget legislator. It is sometimes painful, especially for supporters of integration, to observe how the EU pushes aside even the most important constitutional principles when it seems politically opportune to do so. It seems unlikely, however, that states that do not benefit from these funds would be prepared to support the necessary amendment to the own resources decision at a later date. 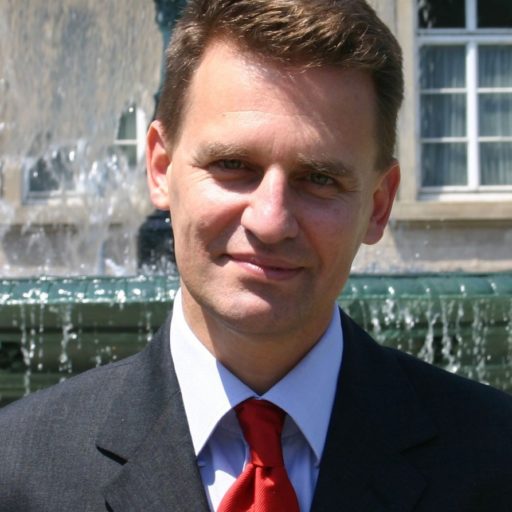