A Parliament Shaped by the ‘Worst Election Law Ever’

Cause and Effect in the Upcoming Italian Elections

The campaign for the next Italian general election, scheduled for 25 September, is getting into full swing. In the first half of August, party leaders, especially in the left-of-centre political spectrum, entered into negotiations to decide whether or not to make alliances and form coalitions with other parties; by now, the political offer is clearly defined. A decisive factor during these negotiations were the formal and informal constraints set by the current electoral law, also known as Rosato law or Rosatellum. Some of the defining features of the Rosatellum were heavily criticised, and an ever-recurring refrain in centre-left circles and beyond is that the current electoral law is ‘the worst ever’.

The aim of this brief commentary is to make some points on the contents of the Rosato law and the other relevant constitutional provisions and on how they have shaped the political offer and may affect the election outcome.

After the Constitutional Court had struck down two electoral laws in a row, the Rosato law was approved shortly before the end of the 17th parliamentary term, in Autumn 2017. One of the lawmakers’ main concerns was to respond to the objections raised by the Court in judgments no. 1/2014 and 35/2017. The new electoral law was supported by the main centre-left and centre-right parliamentary parties of the time and rejected by the Five Star Movement and some minor left-wing groups. His main inspirer, MP Ettore Rosato, has recently argued, with some justification, that the electoral law that bears his name, for all its possible flaws, is the one that gathered the most parliamentary support in recent history. Following a warning issued by the Court, and for the first time in the history of the Italian Republic, the same electoral system applies to the Chamber of Deputies and to the Senate. In the absence of consensus on a decisive reform of the Italian bicameral system, this, in principle, should minimise the risk of divergent electoral outcomes in the Chamber and the Senate and the ensuing deadlock. In order to further reduce the differences between the two assemblies, a constitutional amendment was passed in 2021 that lowered the voting age for the Senate from 25 to 18.

Overall, a one-vote mixed system strongly favours the formation of pre-electoral coalitions, which have been a constant in Italy’s elections since the early 1990s. Incidentally, this is one of the reasons why the Five Star Movement, which used to refuse to enter into alliances, was opposed to the Rosato bill in 2017. This time, to strengthen its (apparently modest) chances, the Democratic Party (PD) sought to build alliances both on its right and on its left. On the one hand, it struck a deal with Azione and Più Europa, a federation of centrist, pro-European parties led by Carlo Calenda Emma Bonino, and Benedetto Della Vedova; the basis of such a deal was a wish for continuity with respect to Mario Draghi’s policies. On the other hand, the Democratic Party also entered into a merely ‘technical’ agreement with the Greens and Left Alliance, a federation of two left-wing parties that had not taken part in Draghi’s national unity government and had been opposed to his course of firm support of Ukraine. Therefore, the agreement between the PD and the Greens and Left Alliance, which was not based on a shared agenda, had as its main objective to win as many single-member constituencies as possible and, consequently, to reduce the size of the probable victory of the centre-right coalition. At last, the asymmetric alliances with Azione and the Greens and Left Alliance proved to be untenable, and Calenda abruptly decided to pull out of the coalition (and to break up with Più Europa).

On a different note, the Rosato law contains other incentives that contribute to influencing the behaviour of the relevant political actors. To enter parliament, party lists have to pass a 3-percent threshold; in addition, a 10-percent threshold applies to coalitions of party lists. These requirements help to explain Calenda’s behaviour after he announced that Azione would not be part of the centre-left coalition. Azione allied with Italia Viva, another small centrist party led by former Prime Minister Matteo Renzi, and launched a pro-Draghi ‘Third Pole’ described as an alternative to the centre-right and centre-left coalitions. However, Italia Viva and Azione, which were not performing strongly in opinion polls, decided to join forces and present just one list. The explanation for this lies in the 10-threshold of the Rosato law, which a centrist coalition would not be assured of passing. On the contrary, a Calenda-Renzi unified list has a reasonable chance of passing the 3-percent threshold.

Although the Rosato law favours the formation of coalitions, it does not seem to care too much about their inner homogeneity. Party lists are required to file their symbol and programme with the Ministry of the Interior; a party programme should also indicate who the party leader is. Interestingly, no such requirement applies to coalitions. This represents an advantage for Italy’s quite loose coalitions, which are allowed to remain ambiguous about their leaderships and programmes. This is particularly true of the centre-right coalition, with three parties rivalling for leadership and divided by some significant disagreements, including in the fields of the foreign, European and defense policies. In fact, there is nothing, in legal terms, to ensure that after the election the main alliances do not split up (as it has been the case since 2018 during the 18th parliamentary term).

These remarks may prompt a foreign observer to ask what the rationale of the Rosato law is. Due to the combination of single-member and multi-member constituencies, the current electoral law ensures that the strongest party list (or, more probably and for the reasons outlined above, the strongest coalition) is somewhat overrepresented in the Chamber and the Senate. Under the current circumstances, the centre-right coalition stands at 45 to 50 percent and has a considerable advantage over the centre-left coalition. This may translate into 60-odd percent of the parliamentary seats. Since five eighths of the seats are allocated by means of proportional representation, centre-right parties are unlikely to get a two-thirds majority, barring a landslide victory in the polls (which some pundits do not rule out altogether). The magnitude of victory is a crucial point: under Article 138(3) of the Constitution, if constitutional amendments gather a two-thirds majority both in the Chamber and the Senate ‘a referendum shall not be held’ before they come into force.

A further point should be considered. The general election on 25 September will be the first following the constitutional amendment that reduced by slightly more than one-third the size of the Chamber and the Senate. At the beginning, this reform had a strong populist inspiration but was ultimately supported by almost all the parliamentary parties. Although there was some discussion about how to modify the electoral law in the aftermath, due to lack of consensus the Rosatellum has remained in force. Accordingly, the number and size of the single-member and multi-member constituencies have been adapted to the new wording of Articles 56 and 57 of the Constitution, which provide for a 400-member Chamber and a 200-member Senate. By now, single-member constituencies, especially in Senate elections, are very huge; this may end up weakening the relationship between MPs and the territories in which they are elected and, consequently, to undermine one of the plausible virtues of this kind of constituencies. The ‘personalised’ element of the Rosato law is very weak also because party lists in multi-member constituencies are closed, and most political parties do not select their candidates in open, transparent processes. However, the reduced size of the Italian Parliament may also affect the outcome of the upcoming election. In the last few years, the right-left divide has been remodelled, at least to some extent, by the urban-rural cleavage, with the centre-left strongest in the country’s major cities. The large size of the single-member constituencies may end up reducing the relative weight of urban vote as opposed to the towns of less than 20,000 inhabitants in which nearly half of the Italian population lives.

Back in 2017, the Rosatellum was the product of an agreement between the centre-left and centre-right coalitions of the time, with the more or less implicit aim to counter the rise of the koalitionsunfähig Five Star Movement. Five years later, the political system has considerably evolved. After the President of the Republic called for a general election, political parties have had to adapt to the constraints of the still-unchanged electoral law. As Luciani once argued, the dominant political actors tend to shape electoral laws according to their temporary convenience, but the latter retroacts upon the very same political system.

The Rosatellum is neither mainly based on single-member constituencies nor on genuinely proportional representation; moreover, its possible flaws – which do not necessarily lead to doubts about its constitutionality – have been amplified by the constitutional amendments that have been passed in the last two years according to a piecemeal approach. The Rosato law may well be ‘the worst ever’ but this is not just its fault. Before the debate about yet another electoral law begins, a comprehensive reflection about the rules of the political process, including the internal working of political parties, is needed.

DOWNLOAD PDF
LICENSED UNDER CC BY SA
SUGGESTED CITATION  Delledonne, Giacomo: A Parliament Shaped by the ‘Worst Election Law Ever’: Cause and Effect in the Upcoming Italian Elections, VerfBlog, 2022/8/31, https://verfassungsblog.de/a-parliament-shaped-by-the-worst-election-law-ever/, DOI: 10.17176/20220831-181842-0. 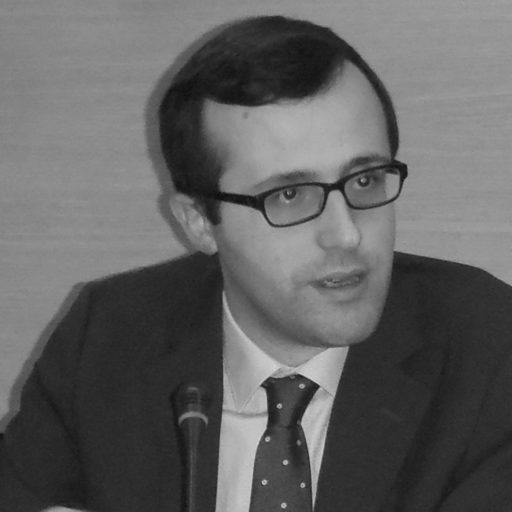 Other posts about this region:
Italien No Comments Join the discussion
pixel_not_set
Go to Top