A Political Impasse, and How to Get Out of It

Safeguarding the Independence of the Spanish Judiciary

At the end of January, the European Commission’s Vice-President for Values and Transparency, Věra Jourová, addressed a letter to Spanish MEP Maite Pagazaurtundúa. In this letter, the Commissioner, using diplomatic language, expressed her concern that the reform of the General Council of the Judiciary (CGPJ), initiated by the ruling Spanish left-wing coalition PSOE-Unidas Podemos in September, could diminish the independence of this governing body of the Judiciary and thus of all judges and courts. For this reason, Jourová pointed out that the Spanish Government must take into account in this reform „European standards to ensure that judicial independence is not compromised“ and that the Spanish Council „is not perceived as being vulnerable to politicisation“. Furthermore, it states that this reform „should be done in consultation with all relevant stakeholders, including the Venice Commission“.

The same letter recalls that in the last Report on the Rule of Law in the Union (published in 2020), the Commission pointed out „the importance of reducing the influence of the legislative and executive branches over the judiciary in order to strengthen judicial independence“. So Jourová indicates that any future reforms of the Spanish Council should take due account of the 2010 Council of Europe Recommendation that provides „that not less than half of the members of the Council should be judges elected by their peers“.

These recommendations on the need to safeguard judicial independence by changing the current election system of the twenty members of the CGPJ by the Spanish Parliament have been made to Spain by numerous European organisations. Thus, we can read it directly in the reports made since 2014 by the Group of States against Corruption of the Council of Europe (GRECO). The president of this Group, the Croatian judge Marin Mrĉela, when presenting the 2019 report, recalled the need for the Spanish authorities not to intervene at any stage of the selection process of the Council members. In general, these annual demands of GRECO are the application to the specific Spanish case of Recommendation CM/Rec (2010)12 of the Committee of Ministers of the Council of Europe on judges: independence, efficiency and accountability, adopted on 17 November 2010, which in its paragraph 27 establishes the desirability that „not less than half the members of these councils shall be judges chosen by their peers“.

In the same vein, but as a general reflection, the Report on the independence of the Judicial System of the European Commission for Democracy through Law (Venice Commission) of March 2010 noted: „the council should have a pluralistic composition with a substantial part, if not the majority, of members being judges. With the exception of ex-officio members, these judges should be elected or appointed by their peers“.  Similarly, the Magna Carta of European judges adopted by the Consultative Council of European Judges on 17 November 2010 states that in order to ensure the independence of judges, „The Council shall be composed either of judges exclusively or of a substantial majority of judges elected by their peers“ (paragraph 13). Even a body made up of 24 judicial councils, the European Network of Councils for the Judiciary (ECJN) adopted in October 2017 a Guide to Justice in which one can read: „ENCJ recognises that mechanisms for selecting judge members must guarantee that there is no interference by other powers – the appointment must be left, directly or indirectly, to the judges, using democratic methods that ensure a ‘pluralist’ nature of the council representation and ample legitimisation in relation to the body of judges” (page 13).

To all those opinions of European institutions on how the CGPJ should be regulated, we could add that the Court of Justice of the European Union itself, in its Judgment of 19 November 2019 (Joined Cases C-624/18 and C-625/18), noted that the legal change in the procedure for electing the judges of the National Council of the Judiciary in Poland (KRS), now elected by Parliament and previously by the judges themselves, may cast doubt on „whether or not the KRS offers sufficient guarantees of independence in relation to the legislature and the executive“.  On the basis of this and subsequent judgments, already focusing on the organisation of the Polish Supreme Court, the European Commission opened infringement proceedings against Poland in April 2020 because it considers that it violates EU law by allowing the Disciplinary Chamber of the Supreme Court, whose independence and impartiality is not guaranteed, to make decisions that have a direct impact on judges and how they exercise their function.

Evidently, Spain is not on the same path as the “rule of law backsliding” of Poland which worries the European institutions. However, it is not just a question of being careless, either, as the Government understood very well when (as Věra Jourová’s letter reminds) in October last year it stopped in Congress the reform of the Law on the Judiciary that required for the election of members of the CGPJ an absolute majority of parliamentarians. However, in early 2021 it has continued reducing the Council’s powers in office.

This plunges us directly into a parliamentary problem that, I am afraid, does not speak too well of the behaviour of Spanish politicians in terms of constitutional loyalty. The five-year term of the CGPJ, established in article 122.3 of the Constitution, had expired on 4 December 2018. In the negotiations that took place since then, the Popular Party has made demands that hinder the possibility of agreement, even going so far as to present a bill in October 2020 to allow judges to elect the judicial members, an initiative that it did not consider appropriate when it was the party in power (presidencies of Aznar, 1996-2004, and Rajoy, 2011-2018). Some jurists have described this conduct of blocking as constitutional fraud  – not without reason because it entails a disproportionate prolongation of the term of office of judges elected for five years. Nevertheless, I fear that the Spanish Government’s response is no less fraudulent: instead of promoting a Government bill (which must comply with certain formalities, especially the opinion of the CGPJ itself), it used the subterfuge of a Parliamentarian bill, presented jointly by PSOE-UP, intending to allow that if the candidate judges do not achieve two-thirds of the votes, a second ballot would be held in which an absolute majority would be sufficient.Fraud in procedure and fraud also in content, because far from abandoning the system of electing the twelve judges by the Cortes, which as we have seen is not recommended by Europe, it leads to reinforcing the process of distributing the members of the Council among parties, which was already disallowed by the Constitutional Court in its judgment 108/1986 of 29 July 1986.

If one regards the deadlock in the renewal of the CGPJ with optimistic eyes (those who see an opportunity in a problem), it is possible to glimpse a solution which may not be optimal as to the election of its members‘ judges by their peers, but at least weakens political interference. What is more, it does so without the advocates of judges‘ election by the Parliament having to give up that idea. I write it in the hope that some politician will take it up: A paragraph could be added to article 572 of the Organic Law of the Judiciary, which would read: „If in the first ballot one of the Houses does not reach the required majority, the six judges or magistrates chosen by lot from among those candidates who have obtained more than fifty votes shall be appointed as members of the CGPJ“. Let us use the old technique of the draw, so dear to Athenian democracy, to get out of our impasses. 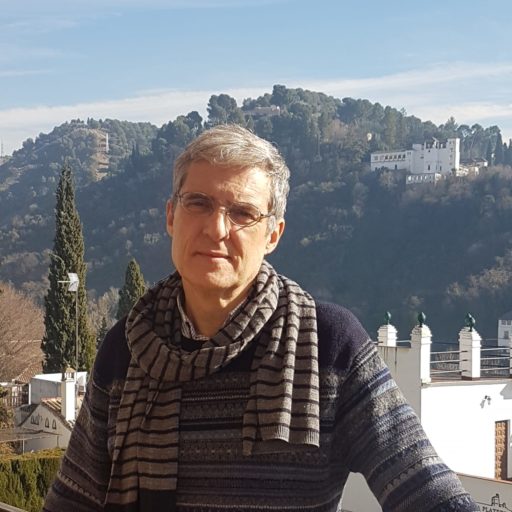 Other posts about this region:
Spanien No Comments Join the discussion
to receive information about new articles and services of Verfassungsblog.de. I know that I may withdraw my consent at any time. More information in the privacy policy.
Verfassungsblog complies with the new GDPR.
Read about it in our Privacy Policy. I opt-out
permanently of anonymized tracking via Google Analytics on Verfasssungsblog.de. This will create a cookie on your device to save your decision.
Go to Top