Teasing Out the Likely Consequences of Universal Mail-In Voting in the 2020 U.S. General Election

For years proponents have touted mail-in voting as a way to remove barriers to participation in elections and increase turnout. The evidence of mail-in voting’s impact on turnout and deliberation is mixed, but a majority of states have nevertheless made room for “no excuse” mail-in voting in their systems—though not typically as the default option. However, in the wake of the disastrous experiment with good old-fashioned in-person voting in the Wisconsin primary election in April, where cases of COVID-19 may have ticked upward after voters rolled the dice and exercised their franchise, moving to a primarily or even exclusively mail-in voting system for the general election may be the only decent thing to do.

But we’re talking about elections here, and elections are hardly about decency—they’re about power. Although Senators Amy Klobuchar and Ron Wyden have come out with plans to facilitate mail-in voting at the national level, and state governors like California’s Gavin Newsom have taken concrete steps in this direction as well, Republicans have resisted at every turn, citing familiar concerns about election security and voter fraud. More transparently, President Trump claimed that mass mail-in voting would mean “you’d never have another Republican elected in this country again.” Given this dynamic, even if there is a general movement in the direction of expanded mail-in voting, one should expect there to be power plays in the minutiae.

And the minutiae are plentiful when it comes to mail-in voting. Questions are likely to arise about deadlines for postmarking mail-in ballots. If states are not proactive in enacting clear deadlines through normal policymaking processes, courts may exploit that ambiguity to discount ballots that ought to have counted. Indeed, that is exactly what the U.S. Supreme Court did in Wisconsin’s primary election—there, a lower court extended the deadline for mailing in ballots in light of the fact that some voters who requested ballots did not receive them before election day due to an overwhelmed state government. The Supreme Court’s order disallowing ballots postmarked after election day was not so much wrong as it was unfortunate, as Wisconsin’s late-stage, and inevitably informal, maneuvering left this question open to judgment.

Questions are also likely to arise about the logistics of distributing and returning ballots through the mail system, especially when the U.S. Postal Service finds itself in a precarious financial position due to the pandemic. President Trump has called the Postal Service a “joke” and is refusing to negotiate about directing stimulus funds to the Service. It is not hard to imagine how this seemingly banal fight over funding could be employed as subterfuge to obstruct or even manipulate the results of a universal mail-in election. The episode highlights the danger of relying on a federal agency, subject to at least informal pressure applied by the Trump White House, to manage a key component of the administration of state-run elections.

These examples are by no means exhaustive, but they illustrate an overarching concern. A major risk confronting the nation as it scrambles at the last minute to move from primarily in-person to primarily mail-in is the risk of leaving logistical and legal details—details that take years of experience to iron out in the best of circumstances—open to political manipulation in highly unpredictable fashion. Ordinarily this is where courts might step in to protect the integrity of elections, but as election law expert Rick Hasen put it after the Supreme Court’s intervention in the Wisconsin primary dispute, “it does not look like the courts are going to be able to do any better than the politicians in finding common ground on election principles. . . . [d]on’t expect the courts to protect voting rights in 2020.” As such rolling out fundamental changes to our election systems in short order and under immense political pressure is a gamble, and we simply won’t know how the system will fail until the consequences are irreversible. Some failures—for instance, imagine “fake” ballots designed to cause voters to think they’ve cast a ballot when they haven’t, ultimately suppressing turnout—might never be discovered. If it seems far-fetched, remember that the Republican National Committee was recently accused of sending out imitation census forms to solicit donations. For a nation that has been tilting toward political chaos for over three years and must find some legitimate settlement in 2020, these kinds of complications may be an intolerable risk.

Nevertheless, the possibility of what civil rights lawyer David Cole calls “postal democracy” continues to be alluring, and not just because it is the only humane way to simultaneously prevent exposure to the coronavirus and live up to commitments to popular government. It also represents a unique opportunity to revitalize electoral democracy in America and to prevent an anomalously low-turnout election at precisely the moment that the country can least afford such an election.

It must be noted at the outset that political scientists who have studied the effects of mail-in voting in the jurisdictions that have adopted it in whole or in part have not discovered robust and consistent impacts on turnout or other indicia of democratic engagement. One study of Oregon’s adoption of a policy of automatically distributing mail-in ballots to all citizens purported to find a 10-percent boost in turnout, but other studies have called those results into question and suggested that an increase in turnout seems to follow only in local and special elections, as opposed to general and national elections. Moreover, a recent study of an a completely mail-in special election in Colorado suggests the policy actually decreased turnout. There are also persistent concerns about the effect of mail-in voting policies on the shape of the electorate, with at least one major study finding that mail-in voting in Oregon skewed the electorate toward richer, more well-heeled voters. At best, the effects of mail-in voting on participatory metrics appear to be highly sensitive to context and the design of the system.

All of that said, this is new territory for mail-in voting. While Americans ordinarily view mail-in voting with some degree of suspicion (historically, roughly 15 percent have favored it as a national policy), that position has been turned upside down by COVID-19. Almost three quarters of Americans currently favor optional mail-in voting for the 2020 general election, and a majority (52 percent) of respondents favored going entirely to a mail-in election. The rapidly changing viewpoint of Americans of both parties on these issues suggests that the failure to embrace mail-in voting in this particular election is the bigger threat to electoral legitimacy. Asking whether a shift to mail-in voting will drastically increase turnout or improve electoral satisfaction, as researchers typically do, is in some sense asking the wrong question: given the emergency situation we find ourselves in, the challenge is just to ensure that citizens continue to have the opportunity for self-government that they have come to expect.

But beyond this central point that a shift to mail-in voting might be necessary to maintain “normal” levels of participation, there are reasons to believe that mandatory mail-in voting in the 2020 general election could improve electoral democracy in the long run. Well before we all became aware of the coronavirus, the 2020 general election was shaping up to be an unprecedentedly high-turnout election featuring hordes of first-time voters and an expansion of the electorate. Unless those new voters somehow fail to follow through on their commitment to vote when the venue shifts from precinct to post, an entirely new generation of voters (and many previously skeptical returning voters) will become acculturated to a new way of doing elections—one that affords voters with more flexibility to participate, one that gives them more time to prepare for and reflect on their choices, and one that, quite frankly, could save scarce resources in what is likely to be a time of government austerity. As researchers have shown in a variety of contexts, citizens’ experiences interfacing with government in their day-to-day lives can create policy feedbacks and change citizen attitudes toward politics and government, for better or for worse. How these voters experience the mail-in voting experience will matter for what the feedback effect will be, but if the experience is generally positive, it could usher in a changed and more open attitude toward mail-in or online voting, specifically, and electoral participation more generally.

Whether the goal is to maintain some semblance of regularity or to open up a new chapter in electoral democracy in America, the details of how the change to mail-in voting is rolled out on the ground are going to matter. Due to the delegation of electoral administration to state governments, many of which are cash-strapped and distracted with pressing matters of life and death at the moment, it might be too much to hope that states acting alone will manage to do a shift to mail-in voting well. Proposals like the Natural Disaster and Emergency Ballot Act, which would provide funding and guidance to support planning and operationalizing this shift, seem indispensable. The question is not if states adopt mail-in voting to a greater extent than we’ve seen before, but how they will do so and with what kind of forethought and planning. 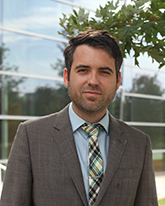