A Stress Test for Europe’s Judiciaries

The rule of law, judicial independence and separation of powers are values guaranteed in constitutions of member states of the Council of Europe. Nevertheless, in recent years, a number of challenges to these accepted values have emerged in different countries all over Europe. Events in countries like Hungary, Ukraine, Slovakia and Turkey should be mentioned in this context. Poland’s reforms of its judiciary (some of them still in draft stage) are the latest and gravest example of this European crisis.

While such threats to judicial independence in individual states are a fundamental problem for European co-operation based on shared values of democracy, the rule of law and human rights, European states should not wait for remedies to be found on the European level. Rather, European states should learn from the challenges in Poland and other countries to critically review the constitutional and legal framework of their own national judiciaries. To facilitate this process, we suggest to stress test Europe’s judiciaries.

I. Why a stress test?

Systemic failures of key institutions in society should be familiar to most Europeans after a decade of unrest in the financial sector. An important measure taken by regulatory authorities in Europe and elsewhere are the stress tests imposed on financial institutions in order to test their resilience to adverse market developments. Such stress tests simulate a range of negative scenarios in order to evaluate the robustness of financial institutions. A European legal community facing its own judicial crisis can learn from the financial sector’s response to the financial crisis. Therefore, we propose that the stress test concept be adopted and adapted to European judiciaries to test their resiliance against political interference (see for more details on the stress test at III). A judicial stress tests could be initiated by governments and parliaments, but also by Judicial Councils or court administrations, ombudsmen institutions as well as by non-governmental organisations such as judges‘ associations and academics.

We are not suggesting that stress tests alone can work wonders in protecting judicial independence. However, we believe that a critical public review of the judiciary’s independence under adverse scenarios may raise the awareness in society of the importance of independent judiciaries for modern democracies under the rule of law. This way, a stress test may contribute to building a political and social culture which serves as the necessary basis and most resilient protection of judicial independence.

II. Why is the stress test relevant for all European countries?

The term „culture“ should not be misunderstood as a judgement on the superiority or inferiority of certain countries, which all have their unique and proud cultures inspired by art, history and religion. Rather, the term aims at describing the informal rules on acceptable behaviour and respect of other powers of state towards the judiciary. Such a „culture of independence“ can reinforce formal legal safeguards. In some countries, however, where formal safeguards do not exist, such a culture can also stand on its own in protecting judicial independence. Consequently, both formal as well as informal safeguards for judicial independence must be taken into account when testing Europe’s judiciaries.

While some (especially Western) European countries rely heavily on such a culture of independence as safeguards for the rule of law, the stress test is not irrelevant for them. The resilience of such a culture of judicial independence is questionable when established political forces are being replaced by new and with increasing polarisation of politics, the like of which we see unfolding all over the continent these days. It would be naïve to think that the judiciaries in established European democracies are immune to the techniques employed to subvert judicial independence as for example in Poland. One example is the recent attempt by the Norwegian government to cut short the term of its unpopular judge on the EFTA Court by applying the domestic retirement age on an international court without a fixed retirement age. The resemblance to Hungary’s much criticised application of rules on retirement age to purge its judiciary is quite obvious. Only after fierce criticism in the press and from the Norwegian Judges Association, as well as from the EFTA Court itself, did the government back down.

With ever more political issues coming under the scrutiny of courts, exercising a veto power as guardians of the constitution and European law, it is hardly surprising that the judiciary attracts political attention. It is all the more important, in particular in parliamentary democracies where government and parliament are intertwined, that effective constitutional and legal safeguards for judicial independence are in place.3) In the ever more volatile and uncertain political landscape of contemporary Europe, the states should continuously maintain and strengthen the culture of independence for their courts as well as keeping formal constitutional safeguards up to date. One way to do this is by subjecting the judiciaries to stress tests.

III. The three stages of the stress test

A stress test for the judiciary should be undertaken in three stages. At stage one (see for more details just below), using the experiences of other countries as a starting point, known techniques for subverting judicial independence should be analysed carefully. While the politicial and social context in each country is highly relevant, a number of characteristics can be identified, which can be used to analyse threats to judicial independence in a more general way.

At stage two, a stress test for the judiciary can be used to envisage certain scenarious in which the judiciary comes under the attack of political forces trying to wrestle the courts under their control. The test is to see whether or not, or to what degree and on which terms, formal constitutional and legislative safeguards as well as the more informal „culture of judicial independence“ can withstand different forms of interference.

On the third and final stage of the stress test, the results obtained at stage two should be carefully analysed and strategies devised to strengthen the legal framework as well as the political climate in order to safeguard judicial independence and the rule of law.

Recent experiences in Europe show that interferences with judicial independence come in a number of forms and approaches. It might also be assumed that they evolve over time. Therefore, the list below is by no means exhaustive, but should be constantly revised and updated. Some issues are recurrent and stand out as particularly problematic:4)

The „stress test“ should be undertaken by way of a careful analysis of how the political and legal framework in the tested country would – most likely – react to the previously identified threats. Could similar approaches be successful in other countries? Are changes to the constitutional and legal framework needed to prevent these approaches to be successful? Possible scenarios can be anything from subtle and limited manipulation of judicial appointments to a full-scale political takeover of the judiciary like the one we are witnessing in Poland these days. While legal safeguards such as judicial review and constitutional guarantees are of the utmost importance, such tests should also take into account the effects of the media, NGOs, the international community and other relevant factors.

It should also be noted that neither legal safefguards nor the political climate are necessarly static. Therefore, the stress test should be undertaken in different stages, taking into account the possible development of the political climate and the effects of previous attacks against the judiciary. It is likely, that at some stage, the rule of law in every state will crumble once the stress is high enough. The stress test should help identify critical points where attacks to judicial independence can be initiated easiest.

Explore posts related to this:
Rule of Law, judicial independence, separation of powers

Other posts about this region:
Europa
Eirik Holmøyvik

Eirik Holmøyvik is a Professor of International, Constitutional and Human Rights Law at the Faculty of Law of the University of Bergen. 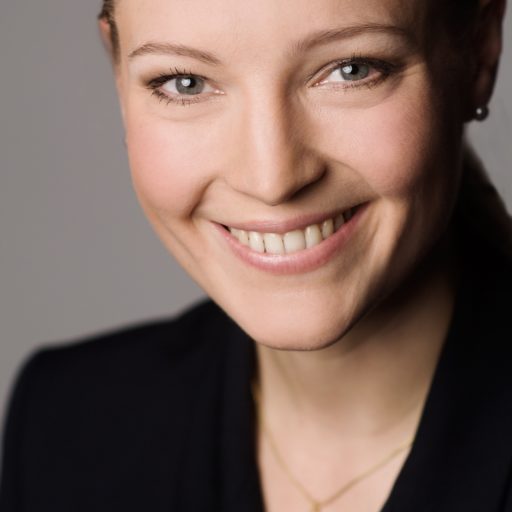 Explore posts related to this:
Rule of Law, judicial independence, separation of powers