A Swedish NATO Membership and Its Constitutional Barriers

After the Russian invasion of Ukraine, the debate about a possible NATO membership in Sweden, like in other neutral/non-aligned countries, has been intense. The ruling Social Democratic Party has been against a membership for a long time. On Sunday 15 May, it changed its position. Now everything points to a Swedish NATO membership.

Like Eoin Daly, who recently wrote a very interesting post on Verfassungsblog analysing the Irish situation, I am interested in the constitutional aspects of what is happening. A Swedish NATO membership would be a very far-reaching international commitment, and a significant change in a 200-year-old policy of (mainly) neutrality/non-alignment. It seems likely that the constitutional barriers for a membership are low: parliamentary approval with a simple majority vote.

Sweden cooperated closely with NATO for a long time, but before 24 February 2022, a membership was not on the agenda. On 16 February, the Swedish Minister for Foreign Affairs, Ann Linde (the Social Democratic Party), presented the government’s foreign policy declaration in the parliament (the Riksdag) and stated that Sweden did not intend to apply for a NATO membership. But then everything changed. And things have moved fast. This has also been the case for neighbouring and neutral/non-aligned Finland, which shares a long border with Russia. Sweden and Finland have a deep defence cooperation. And a common view of representatives from both countries during the last couple of months has been that it is desirable for both countries to move in the same direction, and in a coordinated manner.

It has been clear for some time now that Finland intends to apply for a NATO membership. This was already the message when members of the Finnish parliament’s Foreign Affairs Committee visited Stockholm in the middle of April. If there were any question marks left, they are gone now, after the Finnish president, Sauli Niinistö (the National Coalition Party), and prime minister, Sanna Marin (the Social Democratic Party), stated on 12 May that Finland should apply without delay. However, Sweden and Finland were in close dialogue. And it is probably no coincidence that the Swedish prime minister, Magdalena Andersson, and her Social Democratic Party, announced their change of position just a few days after the Finnish announcement.

Who is in charge?

With this in mind, let us move on to the relevant constitutional provisions, which can be found in the most important of the four Swedish constitutional laws: the Instrument of Government (IoG). As noted by Ester Herlin-Karnell in a recent post on Verfassungsblog, there is nothing in the constitution requiring Sweden to be neutral/non-aligned. The point of departure is that the government governs the realm and is accountable to the parliament (Chapter 1 Art. 6 IoG). Foreign policy decisions are part of what is understood as “governing the realm”. Hence, the main rule is that only the government has the authority to conclude international agreements, including agreements making Sweden a member of an international organisation, like NATO (Chapter 10 Art. 1 IoG).

There are, however, two types of constitutional barriers related to the treaty-making power. The parliament must approve certain agreements before they can be concluded (Chapter 10 Art. 3 IoG). And if the agreement implies what the constitution refers to as a “transfer of decision-making authority”, the parliament does not only have to approve the agreement. It must also make a decision to transfer such authority (Chapter 10 Art. 6-8 IoG). Hence, in the latter case, two decisions must be made.

Parliamentary approval is necessary if the commitments in the agreement require the parliament to make a decision, like for example changes in the legislation (Chapter 10 Art. 3 Para. 1 IoG). In cases where the parliament is not required to make a decision, approval is still necessary if the agreement is of “major significance” (Chapter 10 Art. 3 Para. 3). There is no doubt that an agreement making Sweden a NATO member must be approved by the parliament. Legislative changes may be required, but even if not, the agreement is clearly of major significance. It can be noted that the constitution contains a limited exception regarding the latter type of agreements. If the interests of the realm so require – for example if there is a lack of time – the government may decide not to ask the parliament for approval, and instead confer with the Advisory Council on Foreign Affairs. In the case of a possible NATO membership, things are obviously moving fast, but this exception is most likely not applicable.

A decision to approve an agreement is normally made with a simple majority vote. However, if the commitments in the agreement require the parliament to make a decision, which requires a special procedure, the same procedure has to be applied when approving the agreement (Chapter 10 Art. 3 Para. 2 IoG). In practice, this is primarily related to situations where an agreement requires changes in the constitution and/or implies a transfer of decision-making authority. As far as I know, there is nothing indicating that a NATO membership would require changes in the constitution.

The second type of barrier kicks in if the agreement requires a “transfer of decision-making authority” (Chapter 10 Art. 6-8). These rules include limitations on the kind of authority that can be transferred, the kind of subjects that can receive this authority, and the extent to which authority can be transferred. In most cases, they also require that the parliament’s decision to transfer authority shall be made with a qualified majority vote (at least three fourths of those voting and more than half of the members) or in accordance with the procedure prescribed for making changes in the constitution (two identical, simple majority decisions, with general elections in between).

These rules were introduced in the constitution in the 1960s, to enable Sweden to become a member of the European Communities (EC). A membership would have implied that EC organs could make decisions, which Sweden would have an obligation to apply directly in its internal legal order.1) This was viewed as a transfer of decision-making authority, from internal bodies to EC bodies; something that would not be possible if the constitution did not expressly allow it. It is clear from the preparatory works that the intention was that the rules should only cover situations where there is an obligation to apply the decisions directly in the internal legal order. They were not intended to cover situations where an international organisation is given authority to make decisions binding under international law, but with no obligation to apply the decisions directly.

Thus, a key question when assessing possible constitutional barriers for a Swedish NATO membership is whether the membership requires a transfer of decision-making authority in that sense. This does not seem to be the case. If we look at the North Atlantic Treaty, and the accession protocols of the different member states, there is no obligation for the member states to apply NATO decisions directly in their internal legal orders. It could of course be that a new member is expected to enter into additional agreements, containing such obligations, for example if the member agrees to receive forces from other members. However, if this is not directly linked to the membership itself, those agreements would have to be assessed separately under the constitutional provisions. Generally, obligations to apply decisions from international organisations directly in the internal legal orders of member states are not very common outside the EU context. Usually, the state is free to determine how to comply with the decisions. Therefore, the parts of the above-mentioned constitutional rules, applicable to transfers of decision-making authority outside the EU, have a limited scope of application.

The only constitutional barrier for a Swedish NATO membership seems to be a parliamentary approval with a simple majority vote. After the Social Democratic Party’s change of position, there is now a broad majority in the parliament in favour of a membership. Even considering the general elections in September, it seems reasonable to assume that that majority will remain. Recent polls show that a majority of Swedes are now in favour of joining NATO. However, the existing support is one thing. The required support is another thing. The Swedish constitutional barriers for making such a far-reaching commitment as joining NATO are surprisingly low. In future constitutional reforms it could therefore be wise to discuss whether this is reasonable, or whether it would be desirable to require a broader majority in the parliament when Sweden makes important international commitments. 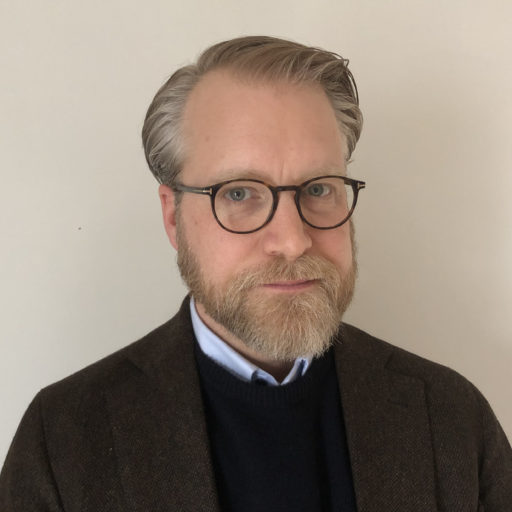 Other posts about this region:
Schweden No Comments Join the discussion
Go to Top