“A Voice Crying in the Wilderness”

This post will reveal the history of Ukraine’s continuing warning to Europe, and in particular to German authorities about the security dangers of the violent Russian regime and politics. It will demonstrate how the ignorant and weak reaction of German politics to these threats (given the prevalence of economic interests over security and European values) indirectly supported the Russian invasion of Ukraine, and how the Russian regime abused European languidness and neutrality to launch a large-scale war in Europe. This blogpost is not so much about condemning the mistakes of European politicians, but about suggesting ways to solve these problems, taking into account the experience with obvious mistakes.

The preconditions of the Russian invasion against Ukraine are of various kinds, historical and modern, direct and indirect, caused by both Ukrainian miscalculations and by shortcomings of European politics. One of the significant historical faults was the lack of condemnation of the communist ideology’s violence. The crimes of the Nazi regime were condemned by the world community through the Nuremberg Trials, and today the confession and spread of Nazi ideology is subject to criminal prosecution in European countries. Soviet crimes informed by communist ideology, on the other hand, went unpunished after World War II and after the collapse of the Soviet Union, and led to a revirement of neo-imperialist Russian ideology and the formation of a modern autocratic Russian regime.

Recently, German Chancellor Olaf Scholz called for a distinction between Russia’s political leadership and the innocent Russian people. Such a differentiation would be justified and acceptable in the absence of continuous ideological propaganda by the Russian regime. Instead, most ordinary Russians support the actions of the Russian regime and aggression against Ukraine. Therefore, Russia’s social reality must be properly assessed and taken into account in the reorientation of European security policy.

The recent news that Bavarian, Lower Saxonian, Berlin and Bremen authorities have announced potential consequences under criminal law for the public use of the “Z” symbol, deserves approval. Likewise, the German Interior Ministry has declared that displaying the “Z” symbol may be punishable as public endorsement of Russia’s war against Ukraine according to Section 140 of the German Criminal Code.

Another precondition for the Russian invasion was the European silence on constant Ukrainian appeals and warnings. They have been communicated to Western governments since 2014, the occupation of Crimea and the concealed invasion of Donbas. The Ukrainian authorities called for strengthening Ukraine’s integration both in the fields of economy and military security. At the outset, Ukraine appealed to all core European actors, foremost to Germany, on the necessity to impose on Russia not only economic sanctions, but also more active security policy measures. The subsequently imposed economic sanctions did not have the desired effects; to the contrary, Russia even intensified its military build-up. The continuation of the conflict in Donbas and the occupation of Crimea did not prevent strengthened economic cooperation with the Russian autocratic regime. The Nord Stream II project, used primarily for political purposes by the Russian regime and supported by German authorities, developed rapidly and even reached the stage of certification. The German government has chosen a relatively neutral containment strategy vis-à-vis Russia. The culmination of Ukraine’s appeals was President Zelensky’s speech at the Munich Security Conference five days before the Russian invasion. Germany’s passive policy, favoring its economic interests over the interests of European regional security and common values, has strikingly failed.

How not to step on a Russian rake twice

First of all, in contrast to European transparency and commitment to taken obligations, Russia’s official positions and assurances do not deserve trust. Russia’s calls for a further peaceful resolution of the conflict and the maintenance of peaceful coexistence must be perceived as deceptive and covert preparation for further aggression. This is confirmed by the experience of the implementation of the Minsk agreements and the assurances of the Minister of Foreign Affairs of Russia, Lavrov, about the impossibility of armed aggression just a month before the start of the military invasion.

Second, the European policy of deterring a potential aggressor by only reacting to already committed violations and realized threats should be changed from passive reaction to a proactive position which would stop gross violation of international humanitarian law and prevent further aggressions and crimes. The recent events such as the Bucha massacre committed by the Russian military, as well as the mass homicide of civilians in Mariupol, require Ukraine to take active steps to swift deocupation of territories and cities for further saving of civilian lives. Liberation of occupied territories and cities is impossible through the use of defensive weapons and requires the use of offensive ones. The international partners‘ support in the supply of offensive weapons is vital for saving civilian lives and further deoccupation.

Third, the easing of economic sanctions against the Russian regime, as confirmed by previous experience, will not lead to the desired results. To the contrary, it will be seen by the Russian regime as a manifestation of weakness and inconsistency. Regardless of the further development of the military situation in Ukraine and pretended peaceful intentions, economic sanctions must continue to be strengthened, comprehensively and in long-term perspective.

Fourth, the Russian government views the multilevel bureaucratic infrastructure and constitutional plurality in Europe as a sign of weakness and abuses it for its own interests. Europe’s bureaucracy and decision-making procedures, especially on security issues, should be improved to enable rapid and coherent decision-making on security issues, both at the EU level and at the member state level.

Finally, the desire of Ukrainians to be a full member of the European Union requires further united support by European states. The recent European Parliament`s resolution on the Russian aggression against Ukraine and the Versailles Declaration of the Heads of State or Government are significant steps toward Ukraine’s aspirations. It is obvious that Ukraine’s full EU membership requires compliance with the conditions of membership set out in the Copenhagen criteria and depends foremost on Ukraine. At the same time, without joint genuine support within the European Union itself, and above all by a key actor such as Germany, the practical implementation of these declarations will remain illusory.

The actual state of the military situation in Ukraine confirms the failure of Russia’s plans for the rapid and complete seizure of the Ukrainian territory and its power. Russia’s strategy has shifted from the declared goals of destroying military facilities and so-called „demilitarization“ to destroying peaceful cities and civilian infrastructure. This shift is not accidental, and it is aimed at encouraging and involving the Ukrainian authorities in the negotiation process in order to avoid further mass casualties of civilians. The central demand of the Russian regime remains that Ukraine renounces Euro-Atlantic integration.

And here important constitutional and legal challenges arise since the Ukrainian people confirmed and constitutionally enshrined their willingness to achieve European integration during the Revolution of Dignity in 2014 as well as through supplements to the Constitution of Ukraine: In 2018, Part 5 of its preamble was supplemented with the words “confirming the European identity of the Ukrainian people and the irreversibility of the European and Euro-Atlantic course of Ukraine”.

Despite the martial law currently imposed on Ukrainian society, a debate is beginning on the possibility and admissibility of a refusal of this aspiration, to save lives and to end the war. And although there are currently no relevant surveys on the current attitude of the people in this regard, the possible abandonment of further Euro-Atlantic integration will be widely perceived as capitulation by the Ukrainian government to the Russian aggression. Furthermore, according to its Article 157, the Ukrainian Constitution shall not be amended in conditions of martial law. The Ukrainian authorities could of course invent and implement „procedural tricks“ to solve the issue, in particular: suspend temporarily martial law and amend the Constitution – but the legitimacy of such changes would remain questionable. Political compromises could save the lives of Ukrainians, and the infrastructure of their cities – yet they would run counter the aspirations of the Ukrainian people.

In the case of an induced decision to abandon the course of Euro-Atlantic integration, Ukraine will not be able to give up on demanding guarantees for its national security, and it will actively seek support from strong European actors. Germany is the most important candidate to become a guarantor of vital security interests of Ukraine under such changed conditions. This may require German authorities to rethink its security policy and reshape the normative framework significantly. Regulatory barriers to such changes should not prevent the formation of a new system of regional security in which Ukraine’s territorial integrity is guaranteed.

I would like to conclude this post with a popular Ukrainian proverb that has proven true time and again throughout history: „If people have a choice between bread and freedom, and they choose bread, they will eventually lose everything, including bread. If these people choose freedom, they will have homemade bread that no one can take away from them.“ – and I want to reformulate it into a question to Europe: Will Europe continue to be tempted by cheap bread in its relations with Russia? Or will she give preference to the values of freedom and democracy, and take a proactive stance?

DOWNLOAD PDF
LICENSED UNDER CC BY SA
SUGGESTED CITATION  Stetsyk, Nazar: “A Voice Crying in the Wilderness”: Or How the “European Deafness” has Become the Prerequisite of the Russian Invasion to Ukraine (A View from Ukraine), VerfBlog, 2022/4/09, https://verfassungsblog.de/a-voice-crying-in-the-wilderness/, DOI: 10.17176/20220410-011023-0. 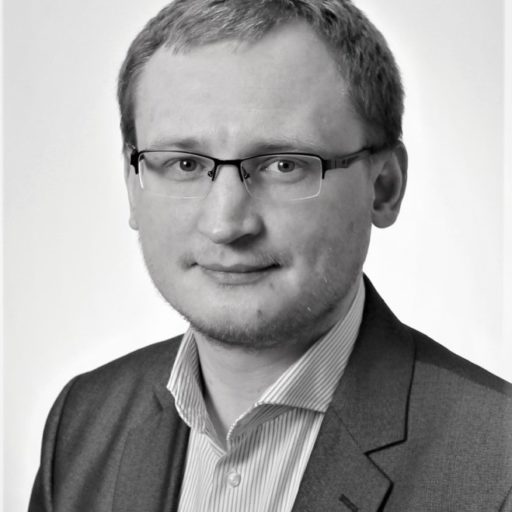