A Weapon the Government Can Control

There is no need to describe in detail the crisis of the Polish Constitutional Tribunal. I think this situation is well-known to the readers of Verfassungsblog. Let me start with a few comments in this respect, though.

1. The crisis started at the turn of 2015/2016 with the introduction to the Tribunal of the so-called quasi judges and the adoption of a series of laws perversely called by the government “remedy laws”. Using both illegal means (quasi judges) as well as legal means (“remedy laws”), the politicians holding power since the 2015 elections took control of the Constitutional Tribunal. Before this turning point, the Constitutional Tribunal was a sensible European constitutional court safeguarding the rule of law. However, in late 2016 the court’s authority started to collapse. The symptoms of this collapse have recently been compiled by M. Pyziak-Szafnicka.1) The Tribunal has lost its authority among both lawyers and citizens. There was a significant decrease in the number of cases brought before the Constitutional Tribunal in each mode of review. An objective measure of the Tribunal’s loss of credibility among ordinary court judges is the number of questions of law referred by courts to the Tribunal. Their number has dropped dramatically. The crisis is also manifested in the fact that the Constitutional Tribunal is unable to resolve some cases, e.g. the case concerning the law on the so-called dezubekization (lowering of the amount of social benefits for the members of police in the Communist period), the settlement of which is postponed indefinitely.

2. It seems that in 2020 the degradation of the Tribunal’s position deepened. This stage of the crisis of the constitutional judiciary in Poland can be illustrated with two rulings from 2020.

The first one is the judgment of 21 April 2020 (Kpt 1/20, OTK ZU 2020, A/60) on the “dispute over authority” between the Supreme Court, on the one hand, and the Sejm (Chamber of Deputies) and the President, on the other. The application was submitted by the Marshal of the Sejm, and its ultimate aim was to prevent the enforcement of the CJEU judgment of 19 November 2019 at the domestic level. The CJEU judgment established criteria for assessing the independence of a court and a judge under European law. The judgment of 21 April 2020 demonstrated that the government can freely create “disputes over authority” between central constitutional organs of the state. It can be said that the government plays with the category of disputes over authority (regulated in Article 189 of the Constitution). The “dispute” is then referred to the Tribunal for settlement. As a result, the Tribunal delivers unusual judgments, which are criticized by lawyers but please the government. The government emphasizes the final and universally binding character of this judgment (Article 190 par. 1) and uses this as an argument in its dispute with the European Union. As judge P. Pszczółkowski noted in the dissenting opinion to this judgment, the Constitutional Tribunal de facto rejected its entire aquis regarding the relationship between the Polish Constitution and European law. This idea was expressed even more strongly by Prof. S. Biernat, who spoke of “a withdrawal of adherence to EU law”.2)

The other judgment in question, issued on 22 October 2020, concerned Article 4a par. 2 of the law on abortion of January 7, 1993. This provision defined one of the three legal premises for performing an abortion, the so-called eugenic premise. The Constitutional Tribunal ruled that this provision was unconstitutional (inconsistent with Article 38 in conjunction with Articles 30 and 31 par. 3 of the Constitution). As a result, the anti-abortion law, which was already considered to be strict, was further tightened.

The abortion judgment triggered massive protests not seen in Poland for many years. Some observers claim that these were perhaps the biggest protests since 1989. Since the judgment turned out to be so troublesome for the government, the Council of Ministers, despite the constitutional obligation to publish the judgment immediately (cf. Article 190 par. 2), has not published it until this day. This is clearly a violation of the Constitution.

3. I am writing about these two judgments in order to show the deepening of systemic changes which take place in Poland. With regard to “dispute over authority”, the government emphasizes the finality of the judgment and uses this argument in disputes with the EU. With regard to abortion, the government refuses to publish the judgment, and de facto deprives it of being universally binding and final, as provided for in Article 190 par. 1 of the Constitution. Clearly, the executive places itself above the judiciary. It is a completely different balance of powers than the one enshrined in the Constitution (Articles 10 and 173). At the same time, both cases clearly demonstrate that the Tribunal is not “a separate power […] independent of other branches of power” (Article 173).

The judgment of the Constitutional Tribunal of April 20, 2020 concerning “dispute over authority” shows that if a judgment serves some useful purpose, the government itself emphasizes its finality. In such cases, the finality of judgments of the Constitutional Tribunal is of great importance for the government. Thus, the finality of the judgments of the constitutional court is arbitrary: sometimes judgments are blocked (2016), sometimes their finality and universal binding force is strongly emphasized (“dispute over authority”), and sometimes the publication depends on the statement of reasons (abortion case). In the abortion case, the paradox is that the government claims that the statement of reasons will serve as a guideline for legislative changes in the law on abortion. The government repeatedly accused the Tribunal of judicial “activism” and now it expects that the Tribunal will “signal possible changes” in the law.

In my opinion, on the one hand, weakening the Tribunal by refusing to publish its judgments, and, on the other hand, highlighting how important these judgments are in cases convenient for the government, is characteristic of the populist approach to the role of the constitutional courts. A constitutional court that is weakened and stripped of authority can easily become a valuable ally of the government. 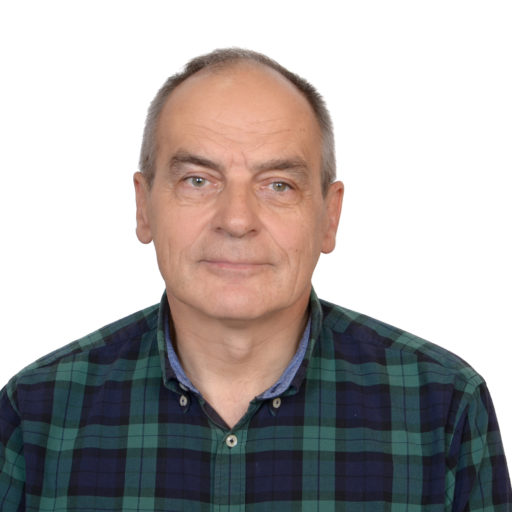