Albania was hit the by Covid-19 pandemic, although it seems not as gravely as some of its neighbours. Starting from 10 March 2020 the Albanian Government adopted several measures aiming to limit the spread of the pandemic in the country. Most of those measures have been continuously reviewed, following the development of the pandemic.

Legal Framework, and Previous Experiences, of the Use of Emergency Powers in Albania

The first constitutional provisions adopted in Albania after the fall on the communist regime were “On the Main Constitutional Provisions” of 1991, which provided that the Assembly (Albanian Parliament) had the competence to declare extraordinary situations (vendos…për gjendjen e jashtëzakonshme) (Art. 16 § 4). Only when it was not able to meet could such competence be exercised by the President of the Republic. In such a case, the Assembly still had to approve the declaration within 5 days (Art. 28 § 17).

On 23 March 1997, the Albanian Government submitted a derogation based on Article 15 of the European Convention on Human Rights (ECHR). The derogation concerned Articles 10, 11, 15, and Article 2 of Protocol 4. The 1998 Albanian Constitution regulates the use of public powers in emergency situations in its Part Sixteen. That Part includes 7 Articles and provides the procedures and the limitations applicable in such situations and respects the fundamental guarantees of legality, legitimate aim, and proportionality. The sad experiences of the 1997 extraordinary situation have clearly inspired a rather detailed regulation of the extraordinary situations.

Secondly, a principle of legitimate aim of measures is also present. Article 170 § 1 of the Constitution prescribes that:

“Extraordinary measures can be imposed because of a state of war, a state of emergency, or a state of natural disaster and last for as long as these conditions continue.”

Therefore, the reasons for imposing extraordinary measures are strictly limited to these eventualities and continue only as far as the situation requires.

Third, linked with the legitimate aim above, reference to the principle of proportionality is also made. Article 170 § 4 provides that “Actions taken as a result of extraordinary measures shall be in proportion to the level of risk…”.

Fourth, Article 175 of the Albanian Constitution assumes the same role as paragraph Article 15 § 2 of the ECHR, by providing which rights can be restricted in specific emergency situations. Additional guarantee is offered by Art. 175 § 3 which provides that acts declaring “a state of war, emergency or natural disaster shall specify the rights and freedoms that are restricted…”.

The measures taken by the Albanian authorities as reaction to the COVID-19 pandemic will be scrutinised below through the lenses of these four guarantees mentioned above.

Reaction of Albanian Institutions in Light of COVID-19

On March 11, 2020 the Minister of Health and Social Inclusion issued an order declaring the state of COVID-19 epidemic in Albania. That order was followed by several acts such as Normative Act no. 3, dated 15 March 2020, of the Council of Ministers, “On special administrative measures taken during the period of infection caused by COVID-19”.

On 24 March 2020 Council of Ministers issued the Decision no. 243, “On the declaration of the state of natural disaster”. By virtue of this decision the Inter-Ministerial Committee on Civil Emergencies (KNEC), chaired by the PM, was empowered to be the highest body for coordinating the actions of state institutions and private entities, as well as the financial and material resources to cope with the natural disaster due to the epidemic caused by COVID-19, up to 30 days from entry in force of this decision.

Orders were based on Article 102 § 4 of the Constitution and on Article 21(1) of the Law no. 15/2016, “On the Prevention and Combating Infections and Infection Diseases”. The normative acts were based on Article 101 of the Constitution. This Article provides that the Council of Ministers, in cases of necessity and emergency, may take temporary measures through normative acts having the force of law. These acts must be immediately submitted to the Assembly which is convened within 5 days if it is not in session and if it does not approve them within 45 days these acts lose force retroactively. Although formally in session, the Assembly was not convened within 5 days to consider the normative acts. However, it approved them on 16 April 2020, within the 45 days deadline provided for by Article 101 for these acts to continue to have legal force.

On 16 April 2020, the Assembly introduced by urgent procedure two new Articles in the Criminal Code. These Articles sanction specifically “Non-compliance with the measures of the state authorities during the state of emergency or during the state of the epidemic” (Art. 242/a) and “Spread of infectious diseases” (Art. 89/b). Albanian Criminal law had previously had a regulatory vacuum in both regards. However, these amendments sparked criticism by the civil society, criticising the precipitated way in which these amendments were adopted and the heavy sanctions, of up to 8 years imprisonment, they each provide.

As far as the judiciary is concerned, the High Judicial Council, by Decision 127 of 10 March 2020 suspended the judicial activities and services in all courts in Albania. The same measure was confirmed and detailed further by the Council of Ministers through the Normative Act no. 9, of 23 March 2020 “For the adoption of special measures concerning judicial activities during the period of epidemic caused by Covid-19”.

Impact of Measures Adopted on Democracy, Human Rights or the Rule of Law

It can certainly be said that the measures adopted by the Albanian authorities had the legitimate aim of protecting the spread of COVID-19 and it seems they have managed to somehow limit the impact of the pandemic, if comparison with data from neighbouring countries is used as criterion. However, there are issues of concern regarding the impact of the measures taken for the rule of law and human rights in the country.

These issues start with the legal basis used to limit the rights at stake. While the above-mentioned Article 17 of the Constitution provides that limitations to rights and freedoms provided for in the Constitution may be established only “by law”, the limitations during the COVID-19 pandemic were first established by several orders of the Minister of Health and Social Protection. With the above-mentioned decision no. 243, of 24 March 2020, some of these limitations were also established by the Council of Ministers. The rights concerned by these limitations comprised Articles 37 (right to inviolability of the residence), 38 (right to choose place of residence and to move freely to any part of the territory of the State), Art. 41, § 4 (right to obtain compensation in case of expropriation), Art. 49 (right to earn the means of living by lawful work) and Art. 51 (right to strike) of the Constitution.

It is curious to note that the Assembly has not taken any position on the launch of these limitations, their legitimate aim, proportionality test etc, but only for the extension of the state of natural disaster beyond the 30 days initially decided by the Council of Ministers. It seems that none of these acts providing for limitations does comply with the requirement of Article 17 of the Constitution which requires expressly a law by the Assembly to authorise them.

Further on, the Council of Ministers requested the Assembly to extend the validity of the above-mentioned Decision 243 of 24 March 2020, until 23 July 2020. This was done by the Assembly on 21 April 2020 with the effect that the state of natural disaster and the limitations referred above will be in force until that date. This decision of the Assembly does not seem to be in conformity with Article 173 § 3 which provides that

“The extension of the term of the state of emergency may be done only with the consent of the Assembly, for each 30 days, for a period of time not longer than 90 days”.

On 1 April 2020, Albania did derogate from Articles 8 and 11 of the ECHR, Articles 1 and 2 of Protocol no. 1 and Article 2 of Protocol no. 4 to the ECHR. Although not formally required by the Constitution, the fact that the Assembly was not informed of this derogation is of concern, which in substance limits the effect of a Convention ratified by law. In addition, no official information seems to have been made public, which has sparked some public apprehension as to the real impact of this act on fundamental rights. Somehow the same mistakes made at the time of 1997 derogation are being made and it cannot be said that Albania benefited from its derogation experience 23 years ago.

The modus operandi of the Government on authorising free movement during this period is somehow curious. On quite short notices, mostly on the evening before, the public was informed, typically through press releases or social media messages by the PM, on the categories of population authorised to break the quarantine rules the following morning. This seems to have caused some confusion amongst the public because of the limited foreseeability of the measures.

A rather unique situation was created at the end of March in the Albanian-Greek border. Albanian nationals traveling home from neighbouring Greece were not allowed to enter the territory of their own state. Dozens were kept at the transit zones without any assistance and also without clear outlooks concerning their situation. It was only after heavy public criticism that the Government did allow them to enter Albania and to quarantine in hotels. Such a situation might have implications for Articles 3, 5 ECHR and especially Article 2 and Article 3 of Protocol no. 4.

It could be said that the Albanian Constitution reflects to a great extent the requirements of the ECHR standards, of the Venice Commission Rule of Law checklist and its pertinent opinions on emergency situations.

However, as in ordinary situations, the major problem in Albania regarding rule of law and human rights stays with the application of the rules. While most of the acts in reaction to the Covid-19 pandemic have been adopted with a legitimate aim, their legal form, lack of control by the parliament within the Constitutional deadlines and the nature of that parliamentary control do not seem to comply with these Constitutional provisions. In addition, locking at the border dozens of Albanian nationals who want to enter their home country, a unique measure compared with what other States have done concerning their nationals abroad, can hardly be justified under human rights law.

One of the main issues in Albania is the non-operation of the Constitutional Court and the Supreme Court since early 2018, due to lack of quorum. None of these courts can take positions on the merits of claims before them. Institutions that functioned during the 1997 extraordinary situation (for example the decision of the Constitutional Court, no. 14 of 29 May 1997), are currently lacking. Therefore, one of the main guarantees for respect of rule of law, also in an emergency situation, as indicated by the Venice Commission rule of law checklist, is not accessible in Albania. 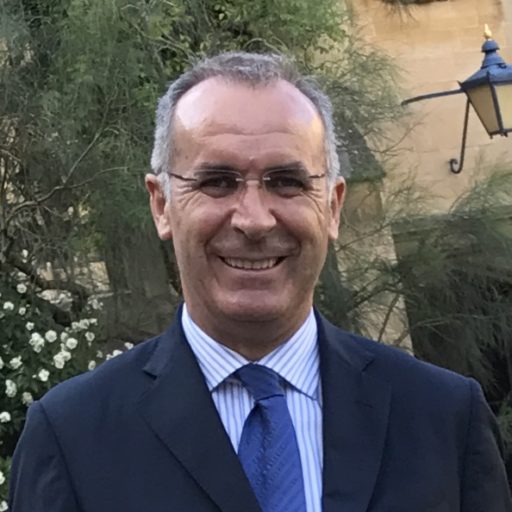 Ledi Bianku Ledi Bianku is an Associate Professor at the Faculty of Law and Institute of Political Sciences at the University of Strasbourg. He has been serving as judge at the European Court of Human Rights (2008-2019) and as member of the Venice Commission (2006-2008).