‘All nations must be considered to be civilized’

General Principles of Law between Cosmetic Adjustments and Decolonization

It is purely a coincidence that the International Law Commission’s (ILC) Special Rapporteur Marcelo Vázquez-Bermúdez published his Second Report on general principles of law amid a time of intense reckoning with racism. But in light of said reckoning, the agenda item as a whole and the part of the report concerning the role of the standard of civilization are of particular interest amongst the items on the ILC’s agenda (the ILC was supposed to be in session right now, but due to Covid, the session was postponed). The wording of Art. 38 (1)(c) ICJ Statute lists among the sources of international law ‘the general principles of law recognized by civilized nations’, an expression that can be traced back to its predecessor, the Permanent Court of International Justice and that has haunted the toolbox of international legal sources ever since (as Khan recently pointed out here). Even though Art. 38 (1)(c) ICJ Statute is supposed to remain the starting point for the identification of general principles of international law, Special Rapporteur Vázquez-Bermúdez suggests avoiding the reference to ‘civilized nations’.

Getting rid of the explicit reference to the standard of civilization remains merely cosmetic as long as international sources doctrine does not simultaneously reflect the persisting influence of colonial ideas. Decolonizing international sources doctrine requires remedying Eurocentrist conceptions of what constitutes ‘the principal legal systems of the world’ and understanding the role of the idea of a legal system in the standard of civilization.

“Community of” instead of “civilized” nations: The ILC project on general principles and the recent report

The first report on general principles of law, published in 2019, contrasted a colonial past as the context within which Art. 38(1)(c) ICJ Report was formed with a present in which international law had supposedly overcome colonialism. The report acknowledges that the term ‘civilized nations’ was ‘intended to exclude from consideration the legal systems of the countries not considered to be civilized’ and that the source of general principles was therefore meant to comprise principles ‘common to all major Western systems’ (para. 177). However, it considers this exclusionary effect to be irrelevant to present-day international law (para. 178).

The introduction to the second report states that ‘members of the Commission agreed that the term “civilized nations” is anachronistic and should no longer be employed. In today’s world, all nations must be considered to be civilized’ (para. 2. (d)).

As an alternative term, the Special Rapporteur suggests ‘community of nations’, which reflects the formulation used in Art. 15(2) ICCPR. Determining whether a general principle is recognized by the community of nations requires comparative analyses, which are supposed to establish whether a principle can be identified in the ‘principal legal systems of the world’.

To illustrate the method of conducting comparative analyses to identify a general principle recognized by the community of nations, the Special Rapporteur refers to the practice of international judicial bodies and to academic voices. The judicial practice, which the second report cites– unsurprisingly – emphasizes representation of common law and civil law systems, with the occasional inclusion of Islamic or ‘Asian’ law (paras 29 et seq).

The selection of academic voices includes Alain Pellet and Daniel Müller, who argue that ‘all modern domestic laws can be gathered into a few families or systems of law which, insofar as general principles are concerned, are coherent enough to be considered as ‘legal systems’’, and a statement of the International Law Association, which calls for geographical representation in the sense that ‘a general principle shared by Civil Law countries in Europe should also be identified in other Civil Law countries located in different geographical areas and belonging to different civilizations’.

Alternative voices, which have tried to overcome the ‘standard of civilization’ in a more substantive way, are absent from the report. An obvious starting point for rethinking the doctrine of general principles of international law beyond the standard of civilization would have been Onuma Yasuaki’s ‘trans-civilizational’ account of international law. More recent scholarship worth considering includes the contributions to the newly emerging field of ‘indigenous jurisprudence’, a field dedicated to identifying similarities between indigenous legal systems across the globe, especially through the lens of indigenous conceptions of the relationship between people and land.

Both reports on general principles of law echo the widely held view that the reference to ‘civilized nations’ in Art. 38 (1)(c) ICJ Statute does not carry any meaning in contemporary international law, that it is merely a relic of a colonial past.

Instructive as an illustration of this conviction is the following passage from Judge Fouad Ammoun’s Separate Opinion to the judgment in the ICJ North Sea Continental Shelf Case:

In 1971, when the Secretary-General requested UN Member States to express their views on the role of the International Court of Justice, Mexico and Guatemala took the opportunity to criticize the wording of Art. 38 (1)(c) ICJ Statute. Mexico’s statement reflects faith in the idea that colonialism had been overcome for good and that Art. 38(1)(c) ICJ Statute was therefore a relic of a distant past:

‘we agree with those who favour the deletion of the qualifying phrase ‘by civilized nations’ in paragraph 1 (c) on the grounds that it is a verbal relic of the old colonialism. […] This is merely to improve the wording […] since we are sure that the honourable judges of the Court would not interpret the above-mentioned phrase in the existing text in any way which was discriminatory or offensive to a State Member of the United Nations’ (p. 24-25).

…but is colonialism truly merely a thing of the past?

Over the past decades, TWAIL scholars have forcefully challenged this narrative. Antony Anghie argues that ‘[i]nternational law may be seen as an attempt to establish a universal system of order among entities characterised as belonging to different cultural systems’ (p. 741-742). This characterization differs from the standard characterization in which the central problem of international law is to create order among sovereign entities. According to this standard narrative, a pre-existing notion of sovereignty and other doctrines of international law derived from it were applied asymmetrically to peoples who were deemed ‘uncivilized’. In Anghie’s account, international law did not precede colonialism, but ‘was created out of the unique issues generated by the encounter between the Spanish and the Indians’ (Anghie, Imperialism, Sovereignty, and the Making of International Law (2005) p. 15). The distinction between ‘civilized’ and ‘uncivilized’ cultures and peoples, the gap that is created with this distinction, creates a ‘dynamic of difference’. . This ‘dynamic of difference’ did not merely manifest itself in the asymmetrical application of theoretically universal doctrines. It was inscribed in the structure of the doctrine of sovereignty and therefore in the structure of international law doctrines derived from it. Colonialism did neither have a discrete ‘beginning’, which could be dissociated from the fundamental doctrines of international law, nor did it have a discrete ‘end’. It continues to manifest itself in the paradox or the ‘critical instability’ that arises from international law’s claim to universality and its link to the idea of justice on the one hand and  its continuing involvement in legitimizing, reproducing, and sustaining ‘the plunder and subordination of the Third World’ on the other hand.

Additionally, it is important to remember that colonialist distinctions between ‘civilized’ and ‘uncivilized’ peoples continue to shape settler colonialist states. In nation states founded on the basis of settler colonialism, ‘[t]he colonizers came to stay’ and colonial invasion takes the form of ‘a structure, not an event’. This means that the civil or common law system cannot be taken to be representative of the societies in the respective parts of the globe if avoiding the distinction between ‘civilized’ and ‘non-civilized’ is supposed to go beyond mere cosmetics.

The idea of a coherent legal system has played a crucial role in establishing the ‘standard of civilization’. Lassa Oppenheim stated that ‘[t]here is no civilized State in existence whose Municipal Law is not to a greater or lesser extent codified’. In his textbook on international law, Oppenheim counted Japan as a ‘non-Christian member of the Family of Nations’, stating that ‘[t]hrough marvellous efforts, Japan has become not only a modern State, but an influential Power’. On the other hand, he characterized the position of ‘States as Persia, Siam, China, Morocco, Abyssinia and the like’, as ‘doubtful’, arguing that ‘their civilization has not yet reached that condition which is necessary to enable their Governments and their population in every respect to understand and to carry out the command of the rules of International Law’. Part of the ‘marvellous efforts’ that granted Japan the principle of being recognized as part of the ‘Family of Nations’ was introducing a Civil Code in 1898, modelled largely after the first draft of the German Civil Law Code (‘Bürgerliches Gesetzbuch’ or BGB). This kind of thinking is still palpable in academic statements that require a legal tradition to be ‘coherent enough to be considered as ‘legal systems’’ in order to be taken into account in the identification of general principles of international law.

DOWNLOAD PDF
LICENSED UNDER CC BY NC ND
SUGGESTED CITATION  González Hauck, Sué: ‘All nations must be considered to be civilized’: General Principles of Law between Cosmetic Adjustments and Decolonization, VerfBlog, 2020/7/21, https://verfassungsblog.de/all-nations-must-be-considered-to-be-civilized/, DOI: 10.17176/20200721-115205-0. 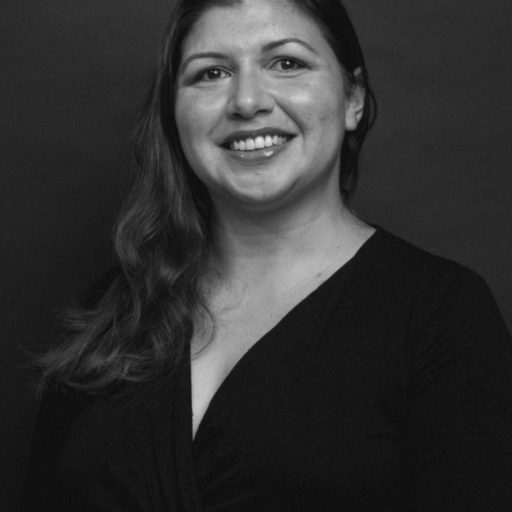