„… the eyes of the blind shall be opened, and the ears of the deaf shall be unstopped“ (Isiah 35:5)

… have a migration background. But no: I am not Pecola, the young African-American girl, immortalized by Noble prize winner Toni Morrison in her 1970 debut novel (The Bluest Eye – 50 years later: Review in the New Yorker – January 2020):

„All things in her are flux and anticipation. But her blackness is static and dread. And it is the blackness that accounts for, that creates, the vacuum edged with distaste in white eyes.“

Indeed, due to mere genetic randomness, my “Germanness” has hardly ever been challenged – at least until the moment when it comes to the correct spelling of my family name: “KHan” not “KaHn” – Dschinghis, not Oliver – please! Occasionally, I still get carried away with coquetting in my lectures: “I would be inclined to say – I am a case of successful integration.” Some students may then be slightly embarrassed, in particular after a controversial discussion about immigration policy. But that’s it basically, my personal home story about “racism”! But to be very clear and unambiguous: my father’s story is a much longer and a much more painful one! But that’s another story.

To be honest, my first reaction to the invitation to this “Verfassungsblog Special Racism” oscillated between amazement and annoyance: selecting prospective authors on a specific topic by reference to his or her family name instead of academic merits in the field at stake? And further, do I really qualify as a good example to visualize diversity in the community of Public Law Professors in Germany – as the invitation letter suggests? Perhaps more so because – in the remote early 1960s – my father arrived in Germany with just 5 Dollars in his pocket rather than the fact that he arrived from afar at all!

“Face the thing that should not be”

… Metallica’s lead singer James Alan Hetfield screams out in a rock anthem from the legendary 1986 album “Master of Puppets”. No doubt, it’s high time to face a thing, which definitely should not be: racism. This is certainly not the place to dive deep into the amazingly short and seemingly well researched history of this infamous notion, its underlying ideology and its most deplorable multi-facetted emanations in theory and practice. However, research into the “dark” [sic!] racist legacy of my own academic domain – public international law – is still, to put it mildly, rather underdeveloped. Where to start, what and whom to blame? Just some very preliminary glimpses at a complex topic:

The title of probably the most influential treatise on the history of international law in recent decades, Martti Koskenniemi’s “Gentle Civilizer of Nations”, says it all: modern international law as it emerged in the 19th century served both, as a “gentle” means to tame warmongering European nations but also, and certainly not least, as an instrument to civilize supposedly inferior races and peoples. Behind a broad smokescreen of lofty principles, racism proved indeed “an immensely serviceable alibi for aggression” (Peter Gay, The Bourgeois Experience: Victoria to Freud, vol. 3: The Cultivation of Hatred (1993), 68) for colonialists and other expansionists – from militant to more subtle (missionaries included). The applause of the great majority of European elites was assured.

Art. 38 para. 1 lit. c) of the 1922 Statute of the Permanent Court of International Justice reads: “General principles of law recognized by civilized nations” [emphasis added]. Significantly involved in the drafting of this notorious formula was Edouard Descamps: leading figure of the already then time-honoured and most renowned international law think-tank, the Institut de Droit International. But Descamps, firmly convinced of the mission of civilization “des races supérieures” vis-à-vis “des races inférieures”, was an ardent advocate of colonialism, too. Apparently no contradiction. Possibly even more the rule than the exception – as an in-depth analysis may well unveil. To date the “civilized nations” haunt the toolbox of legal sources applied by the International Court of Justice. And despite omnipresent lip-services to the contrary, in the practice of the Court at The Hague, very rarely reference is made to legal cultures other than those of western origin – still today. More research is urgently needed, young scholars are strongly encouraged to get involved.

Topple him off his pedestal

… or, which of my academic ancestors may be deemed to be at the “Heart of Darkness” [sic!] – to borrow from the title of Joseph Conrad’s acclaimed 1899/1902 novel? Although figuring 67th on the (obviously controversial!) 1998 “Modern Library 100 Best Novels” list, this account of a journey into Belgian Congo was not spared from heavy charges of racism (for a short summary of the controversy C.P. Sarvan, International Fiction Review 1980).

In a sense, book (and author) epitomize the quest of large parts of 19th and early 20th century intellectual elites in Europe and America for equilibrium on a thin red line: Between, on the one hand, the ideas and ideals of the enlightenment, which, unfortunately enough, were anything but immune to racist thinking. Well known and much-debated: Immanuel Kant, one of the fixed stars in the enlightenment universe, was a fervent advocate of skin-based racial distinctions – at least if we take serious his writings (something one should do) from “Von den verschiedenen Racen der Menschen” (1775) to “Physische Geographie” (1801). Both, a perfect breeding ground and an (intellectual) justification for widespread enthusiasm for colonial Realpolitik – further nourished by a mixture of nationalism and an all too often only thinly disguised sense of superiority. On the other hand, however, many intellectuals were at the same time also imbued with a deep, honest and serious desire for a more humanitarian world order.

In my discipline, Johann Caspar Bluntschli may serve as a representative for this ambivalence. Yes, I dare to call it tragic: author of one of the literally classical text-books (Das moderne Völkerrecht der civilisirten Staten (1868)) and of the Allgemeine Staatslehre (1875), co-founder of the Institut de Droit International (1873), activist in the cause of a humanization of warfare … and yet he openly advocated racist theories (own translation):

“Among the various peoples who have healed their possessions of the earth, the Aryan family of nations occupies the first place […]. All others stand deep below it […]. The Aryan spirit, the most richly endowed in creation […] is destined to enlighten mankind with its ideas of law and state and to take over and carry out the rule of the world […] by educating all the rest of mankind to civilization. History has assigned this task to the Aryan family of nations, and with the duty to fulfil it has also given them the right to do so.” Deutsches-Staats-Wörterbuch 1857, 319 and 331 – Arische Völker und arische Rechte)

Only a couple of weeks ago, due to his „racist thinking and policies“, Princeton University removed Woodrow Wilson’s name from its public policy school. From the bird’s eye perspective of international law, a monument is tumbling: courageous promoter of a new multilateral and organized world order to keep the peace after a devastating World War, strong believer in the international rule of law – not least in the relations with Latin American States, “inventor” of the principle of self-determination. And yet, shouldn’t our discipline dig somewhat deeper, too – for example into the intellectual roots of the post-World War I mandate system?

No, I do not cast the first stone on Bluntschli – for example with the demand to rename the street in Heidelberg that has borne his name since 1896 already. However, here too, it’s high time to face the thing that should not be. An admittedly superficial review of the rather well populated map of biographical literature on Bluntschli in search of his “dark” racist legacy shows basically nothing but a white spot. The first step towards a fair assessment of a person and his or her work is a relentless disclosure of all its facets: that’s what it is all about now! The iconoclasm can wait – and it should wait!

… no, this was probably not what – in the aftermath of World War II – triggered legal action by the international community to outlaw racism and eventually label skin-based racial distinctions with the ultimate no go verdict: ius cogens! Time to once again consult Bluntschli:

“In world history there is only one ethnic family that can to some degree bear comparison with the Aryan family, the Semitic family.” And despite all differences “a feeling of original kinship persists.” Deutsches-Staats-Wörterbuch 1857, 319 and 331 – Arische Völker und arische Rechte)

A bold and in a sense outrageous assumption: could it rather be that with the Shoah, the unparalleled attempt to wipe out an entire people on racial grounds, the mortal hits of monstrous inhumanity came all too close to the white man? A hot research topic, indeed.

Where the Wild Things Are

Is it totally unfitting to end a contribution on a most serious subject such as racism with a twinkle in your eye? No it isn’t! And so the last word shall go the unrivalled Mark Twain:

„There are many humorous things in the world; among them, the white man’s notion that he is less savage than the other savages.“ (Following the Equator: A Journey Around the World, 213).

Other posts about this region:
Germany, World 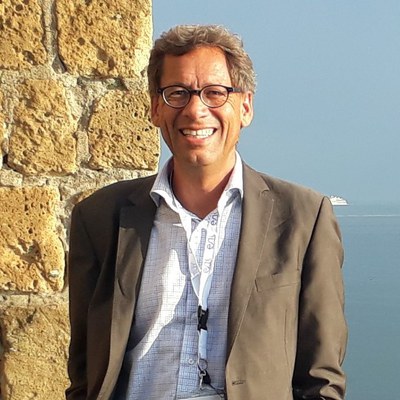 Other posts about this region:
Germany, World No Comments Join the discussion
Go to Top