“An Idea Whose Time Has Come”

On an Emerging Right to a Healthy Environment

Recognizing a right to a healthy environment as a human right

Human rights institutions have long grappled with the question whether established rights could be violated by environmental degradation. For most people, the short answer is, of course, yes. People have suffered for decades from health impacts of air pollution, contaminated water, odors and the like. The latest global issue to have a huge impact on the enjoyment of rights is climate change, the consequences of which are far-reaching and affect not just the current generation but generations to come. Despite the close link between environmental degradation and the enjoyment of rights, international human rights law does not, as yet, recognize a right to a healthy environment as a human right.

What is the reason for this? I argue that the reason is more political than legal. Because these environmental externalities are closely linked to “development” and the capitalist economy, many policymakers are reluctant to upset the status quo. Moreover, because often multinational corporations are responsible for these violations, countries in the Global North are reluctant to act, especially for damage caused to the people in the Global South. Over 100 constitutions recognize some form of environmental rights (Boyd, 2009) and national judiciaries have interpreted existing rights expansively to encompass environmental rights (Atapattu & Schapper, 2019); yet, international law lags behind.

The UN, despite being slow to recognize the link, appointed an Independent Expert on Human Rights and Environment in 2012. This mandate was extended and converted to a special rapporteur position in 2015. Professor John Knox held this position until 2018, issuing several reports and a set of Framework Principles on Human Rights and Environment in 2018. When he submitted his final report to the UN Human Rights Council, Professor Knox said that time is now ripe to recognize a right to a healthy environment. Professor David Boyd succeeded to the position in 2018 and has, so far, presented two reports to the UN General Assembly and the Human Rights Council.

The right to a healthy environment has developed mainly at the regional level. Both human rights and environmental instruments at the regional level recognize this as a distinct right. Even in the absence of a distinct right specifically embodied in the relevant instruments, regional bodies have interpreted existing rights expansively to encompass environmental rights. The jurisprudence of the European Court of Human Rights (ECtHR) is a good example. Many environmental cases have invoked Article 8 of the European Convention on Human Rights (ECHR) on the right to privacy and family life. Lopez Ostra v. Spain was one of the earliest cases to be brought under this article and cases have since then steadily increased. In fact, when the question arose whether the ECHR should be amended to include a right to a healthy environment, it was felt unnecessary as existing rights have served that purpose. However, the ECtHR’s rather restrictive approach can be contrasted with that of the Inter-American Court (discussed below) and it has given a wide margin of appreciation to states.

The landmark decision on the link between human rights and the environment came from the Inter-American Court of Human Rights in early 2018. In its advisory opinion issued at the request of Colombia which asked the Court to clarify the scope of state responsibility for environmental harm, especially the protection of the marine environment. The advisory opinion is noteworthy for several reasons: (a) it reaffirmed that human rights depend on the existence of a healthy environment; (b) it stated that individual states must take measures to prevent significant environmental harm to individuals both inside and outside its territory. The Court noted, “if pollution can travel across the border, so can legal responsibility;” (c) it recognized an autonomous, judicially enforceable right to a healthy environment under the American Convention; (d) going even further, the Court held that the right to a healthy environment protects the environment per se – in other words, forests, rivers and the seas can be protected in their own right irrespective of any impact on human beings; (d) states have a duty to prevent transboundary environmental harm; (e) the Court reaffirmed that procedural environmental rights – access to information, public participation, and justice – are fundamental for the protection of other rights in the American Convention; and (f) states are expected to regulate activities of its enterprises abroad. While the Court was cautious about the extraterritorial application of human rights, it expressly recognized the adverse impacts of climate change on human rights. This decision is likely to shape human rights litigation involving environmental issues in the coming years.

Climate change has been a catalyst for the human rights community to recognize the close relationship between human rights and the environment. Small island states, at the forefront of climate action as a particularly vulnerable group, have urged human rights bodies to recognize the intimate link between the adverse consequences of climate change and the enjoyment of rights. This led to the adoption of several resolutions by the UN Human Rights Council on climate change, and the compilation of an analytical study by the Office of the UN High Commissioner for Human Rights on that link. After much lobbying, the Paris Agreement also included a provision on human rights, the first global environmental treaty to do so. Human Rights treaty bodies and special mandate holders are also beginning to discuss climate change.

The UN High Commissioner for Human Rights, Michelle Bachelet, recently called on states to take urgent action on climate change as it undermines rights, development, and peace and that “all people, everywhere, should be able to live in a healthy environment and hold accountable those who stand in the way of achieving it.” In another development, in Portillo Caceres v. Paraguay, the UN Human Rights Committee examined, for the first time, the question of States’ duty to protect individuals from environmental degradation under the International Covenant on Civil and Political Rights (ICCPR), especially, Article 6 on the right to life and Article 17 on the protection of family. The communication was brought by two peasant families who had been poisoned by high amounts of pesticides and insecticides used by neighboring farms. As a result of the poisoning, one person died, others were hospitalized, farm animals died and there was severe crop damage. While there were laws that prohibited this conduct, the state did not take significant steps to enforce the laws and protect these people from contamination. The Committee relied on its General Comment No 36 on the Right to Life which linked the right to life with environmental degradation, the African Court of Human and People’s Rights, and recent developments of regional human rights institutions. Noting an “undeniable link” between environmental protection and human rights, the Committee concluded that the state has to take appropriate measures to protect its people from any threat that is “reasonably foreseeable.”

The field “human rights and environment” has grown into a distinct body of law with its own casebooks and textbooks. Yet, international human rights law has not recognized a stand-alone right to a healthy environment. At a time when even inanimate objects are accorded rights, it is baffling why human beings are not accorded a right to a healthy environment. After all, almost all recognized rights can be undermined by a degraded environment. As more and more communities suffer adverse consequences of climate change, we may be forced to include this right in a human rights instrument. As John Knox said, “there is nothing so powerful as an idea whose time has come, and this is an idea whose moment is here.” 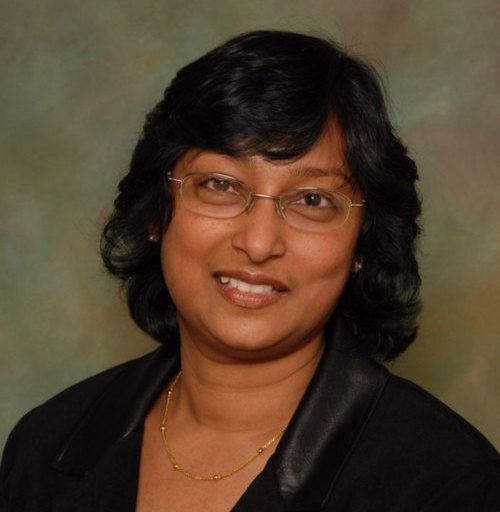 Sumudu Atapattu Sumudu Atapattu is the Director of Research Centers and Senior Lecturer at the University of Wisconsin Law School in Madison. She teaches in the area of International Environmental law and climate change and human rights.