Appeal to the independent Judges of the Supreme Court

We are appealing to you, motivated by the utmost concern, to keep fighting for an independent Supreme Court, free from political pressure. It is the most important court for Polish citizens and as part of the EU justice system its independence determines the cohesion of the European Union itself. For both the legal community and for regular citizens, the court has become in recent years a refuge of legal security and a redoubt of the struggle to preserve the principle of the separation of powers. Thousands of Poles and European lawyers have marched in the defence of its independence and in solidarity with you in the March of a Thousand Gowns.

Currently, a party functionary, appointed in violation of the Constitution and the rules of appointment of judges in a democratic state, is attempting to control the Supreme Court. This person not only reverses the decisions of the legal First President of the Supreme Court, ignoring the judgements of the Court of Justice of the European Union, but also symbolizes a lawyer who sold his legal integrity for political loyalty. His actions are intended to lead to political subordination, destruction of authority and marginalization of the SC – an independent EU court – in the international arena.Thus, the process of subjecting the Polish judiciary to the control of the current ruling party and its subordinate authorities will be completed.

A day of trial for SC judges is approaching. The envisioned new way of selecting the First President, with participation of judges who lack the right to adjudicate, enables the appointment to this post of a person who has marginal support among SC judges. This represents a threat to the very foundations of the institutional independence of the Supreme Court and can lead to its transformation into a politically subservient puppet. The Constitutional Tribunal (since 2016) and so-called neo-National Council of the Judiciary have already been captured and morphed into facade bodies. We cannot let the Supreme Court meet the same fate.

Convened by a person unlawfully appointed to the post of deputy First President, legally elected judges will have to vote on an equal footing with those whose legitimacy has been judged as flawed by the Supreme Court itself in its previous rulings based on the groundbreaking CJEU ruling of 19 November 2019. This decision was based on the unambiguously negative assessment of the politically captured, so-called neo-NCJ, established in violation of the Constitution and the principles of selection of European judges. The Supreme Court itself questioned the legitimacy of the members of this Council in several requests for preliminary rulings, pending before the CJEU, even before its ruling of November 2019.

Now, as a result of political pressure and constantly changing provisions, running contrary to the Constitution, these persons are expected to participate in the “legal” elections of candidates for the First President of the SC. Such a way of selecting candidates can have dire consequences for the legal security of Polish citizens, and doing so with the participation of independent judges can lead to an irreversible legitimisation of lawlessness. If the assembly is to take place with your participation, it is necessary to conduct it with suitable social and media oversight, allowing the national and international public to stay fully informed on its course and register any potential procedural or technical irregularities.

The so-called Disciplinary Chamber and the Chamber of Extraordinary Control cannot be regarded as independent courts in light of the Constitution and CJEU rulings, nor their members regarded as Supreme Court judges. We are convinced that all possible steps should be taken to remove them from any judicial activity and functioning within the Supreme Court. This can be done by assessing the already submitted interim measures, which indicate the deficiencies in their status. We can not overestimate the importance of such decisions in the face of the controversies related to the upcoming presidential elections in Poland.

That is why we appeal to the judges of the Supreme Court to take any steps necessary to halt the process of destroying one of the last and key pillars of the democratic state of law.

We pay tribute to you for your fight for the rule of law until today. We are aware of the difficulties and challenges you face. We are, however, convinced that this battle is now entering a critical phase and your determination will play a decisive role in it. You can count on our solidarity and support. Today, not only the rule of law in Poland is at stake, but also its European future and the legal order of the EU itself.

Council of Bars and Law Societies of Europe (CCBE) 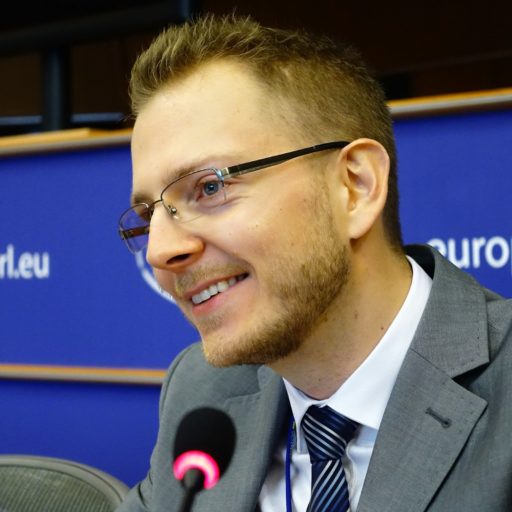 Other posts about this region:
Polen 6 comments Join the discussion
Go to Top