Are We in for a New Wave of Investment Arbitrations?

In response to the invasion of Ukraine, Russia has been subjected to a set of crushing sanctions purporting to induce its compliance with the Charter of the United Nations and jus cogens prohibitions against unilateral use of force and continuing forcible annexation of territory in Ukraine. In addition, a growing number of foreign companies have announced to halt their operations in Russia, either in compliance with the sanctions or on their own initiative due to increasing uncertainty and a reputational risk related to continuing doing business in Russia. While Russia has acknowledged its economy is taking a huge bow, there is nothing to suggest sanctions and foreign investors voting with their feet have so far affected its aggressive foreign policy. Instead, Russia has doubled-down and announced a set of retaliatory measures affecting investors from ‘unfriendly’ countries, including placing restrictions on transfer of funds outside Russia; authorizing the repayment of foreign currency-denominated debt in rubels; blocking the selling of shares and bonds in Russian companies; lifting patent protections etc. Furthermore, Russia has announced that assets of foreign investors suspending their operations could be seized or even nationalized.

The scale of potential losses foreign investors face in Russia is probably the largest since the aftermath of the revolution in 1917 which saw mass nationalization and Russia’s default on the foreign debt. There are important differences, however. First, Russia is currently in war which could shape legal justifications for its measures. Second, in 1918 repudiation of foreign debt and uncompensated nationalizations of alien property were accompanied with a change of regime and were ideologically motivated. In contrast, last week Russia made clear that it needs foreign investors and some of its measures are designed to prevent them from leaving. Third, the legal landscape protecting foreign investors has significantly changed since 1918. In fact, the failure of international law to protect Western capital in the face of the Russian revolution, was one of the factors propelling the design of modern international investment law as we know today. Consequently, foreign investors have much better legal options for redressing their financial losses.

Russia is a party to over 60 bilateral investment treaties (BITs) including with countries which have been designated as ‘unfriendly’ and whose investors could be affected by Russia’s measures such as the UK, Canada, Ukraine, Japan, Korea and many EU member states. These treaties impose on host states certain substantive obligations of protection towards investors who have the nationality of the opposite state party to a treaty. While the effectiveness of protections depends on how such obligations are articulated in a specific treaty, typical standards  included in many Russian BITs provide for obligations to treat investors in a fair and equitable manner, to not expropriate their investment except under stipulated conditions and upon payment of fair market value compensation, to ensure that investors can freely transfer investment-related payments such as profits, dividends and royalties out of Russia; and to not discriminate investors on the basis of nationality.

Many of the retaliatory measures targeting foreign investors on the basis of their ‘unfriendly’ nationality could amount to violations of Russian BITs, in particular obligations of non-discrimination and a fair and equitable treatment standard. Suspending transfer of funds outside Russia, and measures mandating that payments to foreign investors be made in rubles could amount to violations of free transfer obligations. Furthermore, a number of measures could substantially reduce the value of investment and amount to unlawful expropriation or constitute unfair and inequitable treatment, e.g. measures restricting foreign investors from selling their shares and bonds in Russian companies, measures authorizing Russian citizens and entities to pay foreign currency-denominated debts to creditors in rubles, measures permitting Russian entities to use patents without payment of compensation to patent holders from ‘unfriendly’ countries. The contemplated measures to seize or transfer the assets of foreign companies exiting Russia could also amount to expropriation.

Undoubtedly, Russia will allege that its measures are justified under investment treaties and customary international law. Since most Russian BITs do not contain specific security exceptions, Russia could invoke general defences in the law of state responsibility to preclude wrongfulness of its actions, such as force majeure, necessity and countermeasures. In the past, countries, including Russia in 1918, often characterized wars and revolutions as force majeure events to preclude any claims by aliens and their home states. Such carte blanche approach was rejected by the International Law Commission (ILC) when it codified conditions for invoking force majeure in Article 23 of the Articles on the Responsibility of States for Internationally Wrongful Acts (ARSIWA), setting a high threshold for raising the plea. In particular, the fact that a situation of force majeure (i.e. a war and related sanctions affecting Russia’s ability to meet its BITs obligations) must not be due to the conduct of the state invoking the defence, could create a challenge for Russia.

Furthermore, Russia will likely argue that its measures are justified under ‘necessity’ as reflected in customary international law. The rule of necessity, as laid down in Article 25 of ARSIWA, can be invoked to preclude the wrongfulness of a state act, provided that the act is the only means for the state to safeguard an essential interest against a grave and imminent peril. When addressing a plan to seize and nationalize assets of foreign investors who are closing their businesses, President Putin stressed that Russia would rely on existing legal instruments, without explaining what those are. He reportedly said: ‘[W]e must act decisively[…] By no means must we allow any harm to local Russian suppliers’. Russian officials further explained that the measures are needed to avoid Russia’s bankruptcy and protect jobs. This rhetoric signals urgency and the importance of measures for saving Russian economy from a total collapse. It prepares the terrain for justifying the measures under a plea of necessity. While investment treaty practice, especially cases emerging in the aftermath of Argentine financial crisis, confirmed that economic survival of a state could constitute ‘essential interest’, most arbitral tribunals held that rigorous conditions for invoking necessity, as stipulated in Article 25 of ARSIWA, were not met. Russia may especially struggle with proving that its measures were ‘the only way’ available to respond to the crisis and that invoking the defence is not precluded by its contribution to the situation of necessity.

Lastly, the fact that many measures are designed specifically to target investors from ‘unfriendly’ countries, suggests that Russia perceives its conduct as a legitimate countermeasure to wrongful measures of investors’ home states. In other words, Russia’s argument is that sanctions directed against Russia are illegal under international law, which permits Russia to direct its own sanctions against investors from countries violating international law. Whether countermeasures can justify the violation of BIT obligations will also depend on how investors’ rights are conceptualized. Thus, theoretically Russia’s conduct could be justified under countermeasures if investors’ rights are seen as belonging to home states only. If, on the other hand, investment treaties are seen as bestowing on investors direct rights, the defence of countermeasure would fail since such measures infringe on the investors’ own rights rather than the rights of their home state. The latter approach seems to be gaining more support in investment law jurisprudence.

For a long time, armed conflicts have been a driver for the development of international investment law. They gave rise to rich post-conflict jurisprudence, inspiring policy developments and provoking doctrinal discussions. It is thus not surprising that many law firms were quick to post client alerts encouraging investors to bring investment treaty claims against Russia. Indeed, most Russian BITs provide foreign investors with a right to initiate arbitration against a host state, a procedural privilege that many Ukrainian investors utilised in the aftermath of annexation of Crimea in 2014. While Russia’s initial strategy was to refrain from participating in those arbitrations and refuse their legitimacy, this did not prevent tribunals from conducting proceedings and issuing awards ordering Russia to pay damages for violations of investment treaty obligations. Russia’s unsuccessful attempts to challenge ‘Crimea’ awards and thwart their enforcement in national courts, probably contributed to a change of its defence strategy in 2019, paving the way to a more proactive approach in subsequent arbitrations.

While one could infer from this that Russia will fight prospective investment treaty claims from their earliest stage rather than boycotting them altogether, this may as well depend on the scale and number of arbitration claims. As argued elsewhere, in large-scale responsibility matters, like in the situation in question, a single post-conflict tribunal or mixed claims commission with jurisdiction to address claims for losses of foreign investors in Russia and Ukraine as well as Russian investors in other countries, may be a more appropriate remedial structure, especially in the context of ensuring a smooth transition to sustainable peace. The establishment of such a tribunal, normally as part of a peace treaty, would presuppose sufficient political will of involved countries and a waiver of investors’ procedural rights under BITs. Given the uncertainty as to when the war will end and relative ease with which investors can sue Russia under investment treaties, a likelier scenario is that we will see several investment arbitrations challenging Russia’s measures over the coming years.

DOWNLOAD PDF
LICENSED UNDER CC BY SA
SUGGESTED CITATION  Zrilič, Jure: Are We in for a New Wave of Investment Arbitrations?: Russia’s Measures Against Foreign Investors and Investment Treaty Implications, VerfBlog, 2022/3/21, https://verfassungsblog.de/are-we-in-for-a-new-wave-of-investment-arbitrations/, DOI: 10.17176/20220322-001156-0. 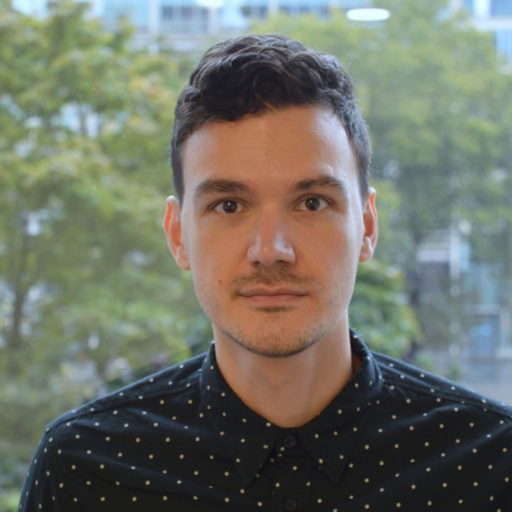 Jure Zrilič Jure Zrilič is Senior Lecturer at the School of Law and Social Justice, University of Liverpool, and the author of the monograph "The Protection of Foreign Investment in Times of Armed Conflict" (OUP 2019).

Other posts about this region:
English Articles, Russland No Comments Join the discussion
Go to Top