Whatever form Brexit takes (if it takes place), it will have major legal, economic, practical and political consequences. An extension of the withdrawal date will probably provide sufficient time for much needed scrutiny of the new Brexit Deal negotiated between UK and the EU. It is in that light welcome that calls for examination by both the House of Commons and the European Parliament are now raised. An issue that has however not come up yet is whether the Withdrawal Agreement complies with Article 50 TEU – a failure which might have profound consequences.

While the short- and long-term economic and practical consequences for citizens and business are of utmost importance in such scrutiny, the future legal and political consequences might prove to be just as important. If the EU survives long enough for Brexit to be seen as the past, there is a good chance that voices for withdrawal in other Member States will (re)emerge. If that happens, Brexit will be the only precedent and it will not matter at that point that it is now said that the solution is a one-off. One issue where future exit negotiating teams may look back at Brexit is whether the negotiations under Article 50 TEU can result in a legally binding agreement on the permanent future relationship between the EU and the leaving state.

The importance of this lies inter alia in the distribution of competences between the EU and the Member States. An agreement reached under Article 50 TEU may, as it seems, cover any issue of EU law, regardless if it is covered by the exclusive or shared competence. In practice, if permanent relationships can be concluded with Article 50 TEU as legal basis, that excludes national parliaments in the Member States from the process (given that the agreement is not limited to issues covered by the exclusive competence of the EU). As we have seen in the past (e.g. CETA) national parliaments may have plenty to say on international agreements concluded by the EU and its Member States.

When the EU negotiates and concludes international agreements, other provisions of the Treaties apply, specifically Articles 207 and 218 TFEU. Article 207 TFEU concerns the common commercial policy. It is stated in Article 207.3 TFEU that “where agreements with one or more third countries or international organisations need to be negotiated and concluded, Article 218 shall apply, subject to the special provisions of this Article”. Article 218.1 TFEU states that “without prejudice to the specific provisions laid down in Article 207, agreements between the Union and third countries or international organisations shall be negotiated and concluded in accordance with the following procedure”. In other words, international agreements with third countries should be negotiated and concluded in accordance with the provisions in Articles 207 and 218 TFEU, thus including approval by national parliaments. There is no exception in relation to Article 50 TEU to be found in Article 207 TFEU. However, since the leaving state is still a Member State before the withdrawal date an agreement under Article 50 TEU is not concluded with a third country. Strictly interpreted, Articles 207 and 2018 TFEU are thus not applicable in relation to the negotiations with the leaving state.

However, if one is to put Article 50 TEU versus Article 218 TFEU as to which of the provisions provide the most suitable legal basis for the future agreement between UK and the EU, the latter must prevail. The objective of Article 50.2 TEU is to provide a pathway for the negotiations on withdrawal. The withdrawal in itself gives rise to several questions including the rights of citizens and financial arrangements. The future relationship is not necessarily closely interlinked with those issues.

I have so far only touched upon the interpretations of the relevant provisions of the Treaties. However, I do not believe an exhaustive analysis can be made in this context. My aim with this brief introduction to the issue is to conclude that it is not clear without doubt whether an agreement covering the future relationship can be concluded with Article 50 TEU as a legal basis. Nevertheless, there are good arguments pointing to the conclusion that it cannot.

If it is accepted that the legal basis of Article 50 TEU only covers legally (in EU law) binding agreements with the leaving state regarding the withdrawal itself and all provisions that create a permanent future relationship fall outside the scope of Article 50 TEU, the question is inevitably: Does the Withdrawal Agreement legally bind the EU and UK in a permanent future relationship?

I will focus here on the Protocol on Ireland/Northern Ireland, even though there might be elements in the other parts of the agreement that could be put to the same test. The previous version of the Protocol (also referred to as the Backstop), included articles explicitly stating it was not permanent. Article 1.4 stated that “the objective of the Withdrawal Agreement is not to establish a permanent relationship between the Union and the United Kingdom”. Furthermore, Article 2 contained provisions on subsequent agreements and the preamble recalled “that the Withdrawal Agreement, which is based on Article 50 TEU, does not aim at establishing a permanent future relationship between the Union and the United Kingdom”.

Applying above understanding of Article 50 TEU, the Backstop would have been incompliant with the legal basis in Article 50 TEU because it might have had the effect of a permanent future relationship. In practice, it would probably have been proven difficult to conclude a subsequent agreement in time for the end of the transition period. Furthermore, from a strict trade perspective it is difficult to imagine an open border on the island of Ireland without Northern Ireland and the Republic of Ireland being in the same customs territory or customs union. However, only following the wording, it could be argued it was within the scope of Article 50 TEU since it clearly stated it was not a permanent solution.

The new Protocol on Ireland/Northern Ireland includes none of the above-mentioned guarantees that the solution is not permanent. Rather it must be regarded as a permanent solution. It can only cease to apply with democratic consent of Northern Ireland (Article 19 of the revised Protocol), a solution with much in common with Article 50 TEU (Compare Wightman, C‑621/18, para 65).

In summary, I am not saying that the new Protocol on Ireland/Northern Ireland definitely falls outside the scope of Article 50 TEU, but I am equally not saying it is not. As I remarked above, it should also be made clear that the aspects of this issue have only been touched upon briefly. All I may conclude is that if there is an extension of the withdrawal date, which gives both UK and the EU more time for scrutiny, this is an aspect that must be looked into further.

The Jurisdiction of the ECJ

The ECJ is the last interpreter of the Treaties and it is up to the ECJ to resolve issues of compliance with them (Article 19 TEU). However, it is not crystal clear how to bring a case on this issue to the ECJ. Though, the most probable route must be the special procedure to interpret an international agreement planned by the EU before it enters into force. That jurisdiction follows from Article 218.11 TFEU. There is no explicit legal link between Article 50 TEU and Article 218.11 TFEU but this would probably not be a problem for the ECJ as the court has interpreted its jurisdiction on this point widely. Furthermore, any argument implying the ECJ will not have time to resolve the case, even if there is an extension, has no traction after the Wightman case. In that case, a reference for preliminary ruling was made on 3 October 2018 and the final judgment was delivered on 10 December the same year.

The special procedure is only open to Member States, the European Parliament, the Council or the Commission to use. It is unlikely any Member State would use this opportunity given the political importance of the unified front of EU27, the same is true for the Council. Furthermore, the Commission has no reason to test the legality of its own product. Consequently, it is up to the European Parliament to decide whether to ask the ECJ for an opinion on this matter.

The Withdrawal Agreement can of course also be disputed in a national court which could result in a reference for preliminary ruling but that requires the agreement to enter into force. Practically, there is much to gain from testing the legality of any agreement before it takes effect.

Explore posts related to this:
Withdrawal from the EU, brexit, european law 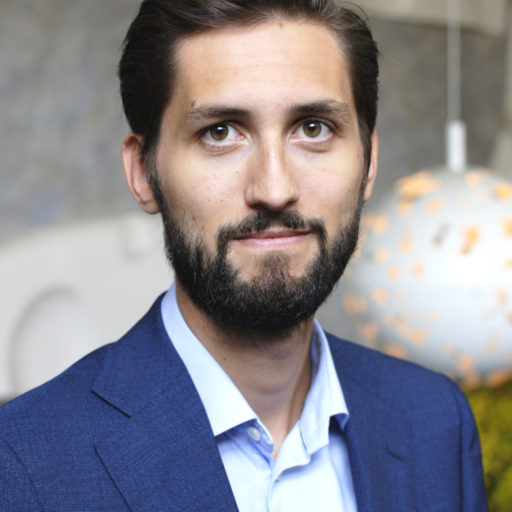 Andreas Eka Andreas Eka is a Special Adviser at the Government Offices of Sweden. The views expressed do not necessarily reflect those of the employer.

Explore posts related to this:
Withdrawal from the EU, brexit, european law