There are five main avenues in European company law that could be used to screen foreign direct investment: the Takeover Bids Directive in the context of listed companies, the lawful golden shares in privatized companies, the newly adopted Shareholders Rights Directive II, and the Cross-border Mergers Directive as well as the European Company Statute to block the process of a cross-border merger or the establishment of an SE.

Starting with the Takeover Bids Directive (Directive 2004/25/EC), the two main provisions are:

1) the board neutrality rule, which does not allow the board of the target company to adopt defensive measures against a hostile bid submitted by an unwelcome bidder (Article 9), and

2) the breakthrough rule, under which any restrictions on the transfer of securities or on voting rights constituting unsurmountable barriers to the takeover bid do not apply (Article 11).

However, these two main provisions of the Takeover Bids Directive are optional. Art. 12 of the Takeover Bids Directive introduces a complicated multi-level optionality and reciprocity system. According to the optionality system, Member States may reserve the right not to require companies to apply the board neutrality rule and the breakthrough rule. Moreover, where a Member State makes use of optionality, it shall nevertheless grant its companies the option, which shall be reversible, of applying the board neutrality rule and the breakthrough rule. According to the reciprocity system, Member States may, under the conditions determined by national law, exempt companies which apply the board neutrality rule and/or the breakthrough rule, if they become the subject of an offer launched by a company which does not apply the same Articles as they do, or by a company controlled, directly or indirectly, by the latter.

Moreover, the Takeover Bids Directive has certain provisions obliging the bidder to disclose its plan and intentions regarding the target company. Art. 6 is dedicated to important information concerning bids. According to Article 6(2), the “offeror is required to draw up and make public in good time an offer document containing the information necessary to enable the holders of the offeree company’s securities to reach a properly informed decision on the bid”. Art. 6(3) requires the offer document to provide certain details about the identity of the offeror, the number of securities which the offeror undertakes to acquire and its other holdings, the offeror’s intentions regarding the future business of the offeree company and its strategic plans for the two companies, information concerning the financing for the bid and the identity of any persons acting in concert. All this required information could be used as a screening mechanism of foreign investors by both the target company and the relevant supervisory authority. In addition to the information disclosed by the offer document, any other important information about the bid must be provided on an ad hoc basis by the companies participating in a bid to the relevant supervisory authority on its request. Similar disclosure obligations are also prescribed for cross-border mergers of companies.

The Belgian golden shares scheme prescribed a right to oppose, ex post facto, some corporate decisions in privatized companies. More specifically, these shares entailed a right to oppose only specific decisions, did not allow any arbitrary exercise of the rights deriving from these prerogatives, required full justification of these decisions to oppose and opened the door to the possibility of judicial review by Belgian Courts. These conditions for lawful golden shares could be used by Member States in order to structure an effective screening mechanism for foreign investments. Lawful golden shares could either block a foreign investor from investing in the capital of a privatized company or could control and restrict its actions when the foreign investor is already the (controlling) shareholder of the privatized company.

The newly adopted Shareholders Rights Directive II (Directive 2017/828) could also play a major role in this field. There is a new provision for the identification of shareholders (Art. 3a), which could assist in the screening of foreign investors participating in the capital of EU companies. More specifically, companies have the right to identify their shareholders. There are also provisions obliging intermediaries holding shares to transmit specific information from the company to the shareholder (Art. 3b). The exercise of shareholder rights is also facilitated: “Member States shall ensure that the intermediaries facilitate the exercise of the rights by the shareholder, including the right to participate and vote in general meetings” (Art. 3c).

Hence, foreign investors, who are shareholders in EU companies, cannot hide behind intermediaries as easily as in the past. Additionally, foreign investors must disclose specific aspects of their plans for the investee company (Art. 3g regarding shareholder engagement policy). There are also provisions for the investment strategy of institutional investors and arrangements with asset managers (Art. 3h) and for transparency of asset managers (Art. 3i).

The Shareholders Rights Directive II has also some new provisions on transparency and approval of related party transactions which are crucial for screening certain activities between the investee company and other subsidiaries of the foreign investor. These provisions could restrict transactions planned by the foreign investor and aiming at technology transfer or asset stripping from the investee company. In addition to the Shareholders Rights Directive II, the foreign investor should be obliged to provide certain information (e.g. information about major holdings) in accordance with the Transparency Directive (Directive 2004/109/EC).

Screening of foreign investments could also take place through public interest considerations in the context of cross-border corporate restructuring. Member States enjoy discretion under the Cross-border Mergers Directive (repealed and consolidated into Directive 2017/1132) and the European Company Statute (Societas Europaea-SE) to block the process of a cross-border merger or of the establishment of a European Company (SE), when such processes are against public interest. Article 121 of Directive 2017/1132 regulating conditions relating to cross-border mergers states that: “The laws of a Member State enabling its national authorities to oppose a given internal merger on grounds of public interest shall also be applicable to a cross-border merger where at least one of the merging companies is subject to the law of that Member State. This provision shall not apply to the extent that Article 21 of Regulation (EC) No 139/2004 is applicable.”

Moreover, a foreign investor might be interested in acquiring the control of a company through the formation of a European Company (SE), an EU supranational corporate type. The formation of an SE by merger could be prohibited by Member State’s competent authorities on the basis of grounds of public interest, which are subject to judicial review (Art. 19 of Regulation on the Statute for a European company (SE)). The transfer of the registered office of an SE and the confidentiality duty of members of an SE’s organs are also subject to public interest considerations (Arts. 8 and 49 of Regulation on the Statute for a European company (SE)). These public interest considerations capable of restraining a foreign investor to participate in the capital of a company (domestic public or private limited company or SE) could constitute an effective screening mechanism against undesirable foreign investors.

It is clear that EU company law could play an important role in investment screening. The optionality and the reciprocity regime of the Takeover Bids Directive could operate as a screening mechanism. However, we should not forget that the EU needs a special legal framework for investment screening. These company law instruments cannot play alone the role of a strong and consolidated institutional framework for screening of foreign direct investments, but they can contribute significantly to this goal. 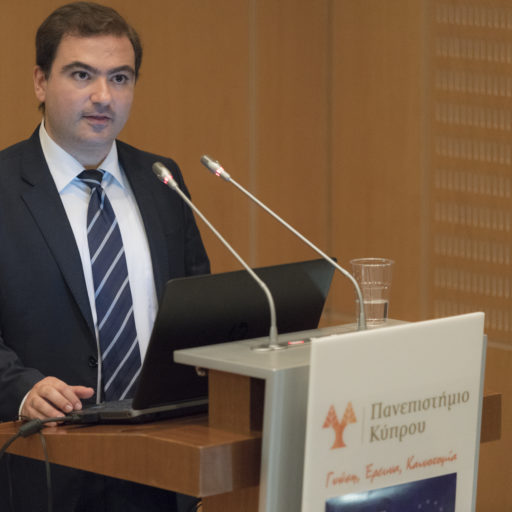 Other posts about this region:
China, Europa No Comments Join the discussion
to receive information about new articles and services of Verfassungsblog.de. I know that I may withdraw my consent at any time. More information in the privacy policy.
Verfassungsblog complies with the new GDPR.
Read about it in our Privacy Policy. I opt-out
permanently of anonymized tracking via Google Analytics on Verfasssungsblog.de. This will create a cookie on your device to save your decision.
Go to Top