Avoiding the Elephant in the Room Once Again

In its long-awaited Grand Chamber judgment, the EU Court of Justice (CJEU) dealt with the question how the effective functioning of the European arrest warrant (EAW), built upon the principle of mutual trust between the judicial authorities of all Member States, can be safeguarded against the backdrop of the deficiencies in the Polish judicial system. The judgment specifies the conditions under which the national judicial authorities executing a European arrest warrant may refuse to surrender the requested persons, but still fails to reach its full potential.

The key legal question brought before the CJEU is whether the criteria of the so-called “two-step test” should still be applied in times of unprecedented challenges to the rule of law in Poland, even triggering some judges to take “bold steps” (Holmøyvik). The two-step test was established in Minister for Justice and Equality in 2018 and confirmed in Openbaar Ministerie (Independence of the issuing judicial authority) in 2020, defining that even in the event of a real risk of breach of the fundamental right to a fair trial in light of the general situation of the issuing Member State, the executing judicial authority must still, as a second step, examine whether there is a real risk that the requested person’s fundamental right will be undermined, thus requiring an individual assessment of the case, too. In its preliminary ruling of 22 February 2022, the CJEU yet again confirmed the need to apply this “unworkable test” (Bárd and Morijn), offering further guidance for the judicial authorities to that end.

The preliminary ruling was given in response to questions raised by a court in the Netherlands (Rechtbank Amsterdam, District Court) that received the request to execute two EAWs issued by Polish courts in April 2021 against two Polish nationals for the purposes of executing a custodial sentence and of conducting a criminal prosecution. Mindful of the recent reforms in the Polish judicial system, the Dutch court was confronted with doubts concerning its obligations under the Framework Decision EAW. In essence, the Dutch court doubts whether it should apply the criteria of the so-called ‘two-step test’ to assess whether the affected persons run a real risk of breach of their fundamental right to a “tribunal previously established by law”.

The Dutch court holds that there have been systemic or generalised deficiencies relating to the independence of the judiciary in Poland since 2017, inter alia resulting from the role of the Polish National Council of the Judiciary (Krajowa Rada Sądownictwa, KRS) in the appointment of members of the Polish judiciary. As the KRS is subordinated directly to political authorities, the Polish Supreme Court (Sąd Najwyższy) declared in its resolution adopted in 2020 that the KRS is not an independent body.

Referring to the lack of any effective remedy to challenge the validity of the appointment of judges on application of the KRS, the Dutch court finds that these deficiencies risk affecting the right to a fair trial before an independent and impartial tribunal previously established by law, as guaranteed by the second paragraph of Article 47 of the Charter of Fundamental Rights of the European Union. This also raised the question before the Dutch court whether it should apply the criteria considered by the European Court of Human Rights in its case-law for the purpose of assessing whether irregularities in a judicial appointment procedure entail a breach of the right to a tribunal previously established by law (Article 6 (1) ECHR).

In its judgment, the CJEU confirms that the executing judicial authority is required to carry out the two-step test (para. 66), following the Opinion of Advocate-General Rantos. The CJEU further provides guidance on how to apply these two steps by underlining that the right to be judged by a tribunal established by law encompasses, by its very nature, the judicial appointment procedure (para. 71).

Firstly, the executing judicial authority must carry out an overall assessment of the judicial system in the issuing Member State, to assess whether there is a real risk of breach of the fundamental right to fair trial. This assessment has to be based on any factor that is objective, reliable, specific and properly updated concerning the operation of (judicial appointment in) this judicial system (para. 77).

Significantly, the CJEU stresses that the fact that a body involved in the judicial appointment procedure is predominantly made up of members representing or chosen by the legislature or the executive, such as the Polish KRS, is in and of itself not sufficient to justify a decision to refuse the surrender (para. 76). Factors that are particularly relevant for the purposes of this assessment include, inter alia, the information contained in a reasoned proposal addressed by the European Commission to the Council on the basis of Article 7 (1) TEU, resolutions of the Polish Supreme Court and the case law of both the CJEU as well as the ECtHR (cf. Ástráðsson v. Iceland  and Reczkowicz v. Poland), as specially asked by the Dutch court (para. 78). Interestingly, in rather general yet unmistakably terms, the CJEU adds another relevant factor to include:

“(…) the constitutional case-law of the issuing Member State, which challenges the primacy of EU law and the binding nature of the ECHR as well as the binding force of judgments of the Court of Justice and of the European Court of Human Rights relating to compliance with EU law (…)” (para. 80)

Here, the CJEU indisputably hints at the judgment by the (fake) Polish “Constitutional Tribunal” (Trybunał Konstytucyjny) of 7 October 2021 that set off a “legal and political bomb” in the EU legal order.

As a second step of the test, the CJEU explains that it is for the person subject to an EAW to adduce specific evidence to demonstrate that these deficiencies in the judicial system are liable to have a tangible influence on the independent handling of their particular criminal case (para. 83, 88, 97). This can be achieved by referring to their personal situation, the nature of the offence, the factual context of the issuance of the EAW, the composition of the panel of judges, the procedure for the appointment of those judges concerned, and the availability of any legal remedies in that respect (para. 88). However, the CJEU underlines that it is not sufficient to solely point to the fact that one or more of the judges who participated in the proceedings that led to the conviction of that person were appointed on application of a body like the KRS (para. 87).

The CJEU clearly holds the refusal of surrender only for highly exceptional cases and therefore stays close to the principle of mutual trust, which is the basis for EU judicial cooperation in criminal matters (para.45-47). However, the CJEU also attempts to compensate for the much-criticized lack of giving sufficient guidance for national judicial authorities on how to uphold that trust in the framework of the execution of EAWs against the backdrop of systemic deficiencies in terms of judicial independence and, therefore, the rule of law.

It is still disputable whether the essence of the myriad of requests to provide guidance has been clearly understood by the CJEU. By sticking to the second step, the need for an individual assessment of the case even after having established the existence of an extremely problematic situation, documented by its very own case-law, it seems that such calls have to some extent fallen on deaf ears. Although recognizing the potential impact of, for example, the judgment by the (fake) Polish “Constitutional Tribunal” is welcome, the CJEU could have taken bolder steps to safeguard the protection of fundamental rights under EU law.

Although the CJEU emphasizes the role of dialogue between the judicial authorities and the tools provided for this purpose in the FD EAW (para. 84, cf. Dorobantu), the CJEU does not go as far as to recognize that, in the second step, the burden of proof should be shifted from the individual subject to the issuing judicial authority. Moreover, the Court seems to disregard the fact that national judicial authorities might not be equipped with the necessary tools to conduct the individual assessment as a second step. Consequently, they may refrain from assessing, or even conclude too quickly to refuse the EAW. Both approaches risk endangering the effective protection and uniform application of EU (fundamental rights) law.

These evolutions are notably worrisome as the lack of judicial independence does of course not only jeopardize the right to a fair trial, but also potentially all other fundamental rights, of which the protection cannot be effectively guaranteed in the absence of an independent tribunal (in that respect, see also the interesting contribution by Bárd and Van Ballegooij).

Prevention of Impunity as Legitimate Counterweight for Refusing to Surrender?

Even though considerations related to the prevention of impunity as one of the objectives of the Framework Decision EAW, which was adopted in the post-9/11 context, can indeed not be omitted (see para. 47), it is important to carefully scrutinize the weight attributed to these when justifying the execution of EAWs. An interesting contribution in that regard is provided by Ouwerkerk, who compellingly argues that the ‘prevention-of-impunity-argument’ cannot convincingly be invoked, and instead proposes an integrative approach of judicial cooperation mechanisms in the EU criminal justice area.

Instead of focusing on specifying the criteria of the second step, the CJEU could have tackled the proverbial elephant in the room whether the requirement of an individual assessment in the two-step test is still sustainable when confronted with this unprecedented lack of respect for the rule of law. 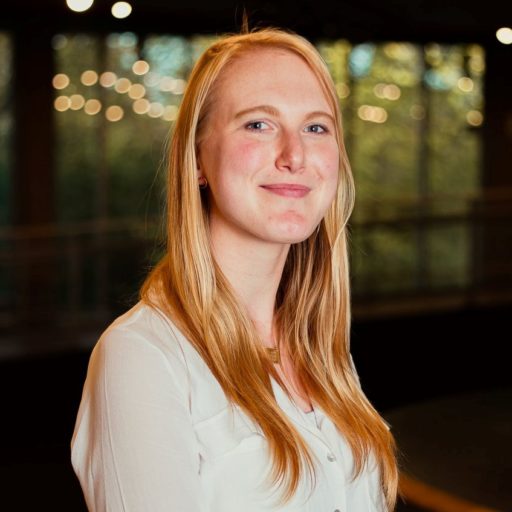 Other posts about this region:
English Articles, EuGH, Gerichte, Themen No Comments Join the discussion
Go to Top