The Erosion of Freedom of Press in Czechia

Just before the parliamentary elections on October 8 – 9 2021, the Czech populist Prime Minister Andrej Babiš banned a group of journalists from Czech and foreign media outlets from attending his press conference with Hungarian PM Viktor Orbán, even though there was still enough space in the conference venue. This incidence at the press conference should not be underestimated. What might have been in other circumstances a regrettable mistake of Babiš’s PR team can in this case be understood as just another piece of evidence that freedom of press is eroding in CEE countries. It is telling of Babiš’s disregard for the rules of the democratic game in which the press plays a vital part. The erosion of freedom of press in Czechia continues, but the parliamentary elections might change the state of play.

Czechia in the context of the Visegrad countries

The developments in Czechia are not an isolated case. If we take the World Press Freedom Index by Reporters Without Borders as an indicative tool, all four Visegrad countries fell back in the ranking dramatically over the last years: in 2015, Czechia occupied the 13th place worldwide, in 2021, it fell down to 40th; over the same years, Hungary was at the 65th place, then fell to 92nd; Poland slipped from the 18th place to 64th, and Slovakia from 14th to 35th. While sharing some political development features, the situation in each of these countries differs and brings diverse challenges to media freedom. In 2018, Slovakia suffered a great shock after journalist Ján Kuciak and Martina Kušnírová were murdered because of Kuciak’s investigative reporting on mafia-like structures with links to the highest levels of politics; the OSCE and civil society also recorded more subtle ways of restricting the work of independent Slovak media. In Hungary, Fidesz’s domination since 2010 allowed Viktor Orbán to rewrite legal rules concerning many aspects of journalistic work while his wide network of allies used its money to capture the majority of privately owned media outlets (see the Country Memorandum by the Council of Europe‘s Commissioner for Human Rights and Beata Bakó’s report on Verfassungsblog). Kaczyński’s government in Poland compromised the public broadcasters and has been inventing new ways of harassing privately owned media; Pawel Marcisz has recently analysed a proposal to limit ownership of broadcasting media to European Economic Area-based entities on Verfassungsblog.

Eroding media freedom, made in Czechia

In Czechia, PM Andrej Babiš personally exemplifies how political and economic pressure affects media pluralism. As a billionaire who turned into a politician in 2011, he acquired MAFRA, one of the largest Czech media houses in 2013, thus concentrating a considerable share of press and radio media in his hands while candidly admitting the acquisition ought to secure that ‘the media stop lying about him’. Later, allegations of editorial freedom violations appeared alongside an exodus of journalists from Babiš-owned media. The ownership itself is made less transparent by the fact that Babiš transferred his Agrofert conglomerate into a trust fund ― for details, see Vladimír Naxera and Ondřej Stulík’s blogpost.

Meanwhile, Babiš has been employing a populist anti-media rhetoric, suggesting that those who criticise him participate in the establishment’s ‘smear campaign’. This has served as a pretence for keeping the critical journalists in distance, while tolerating other journalists, who are less critical and can thus be handled more easily. At the press conference with Orbán, for instance, there were several journalists from daily MF Dnes, owned by Babiš. MF Dnes did not run any front-page article on the Panama Papers scandal until the elections, but printed an exclusive interview with Babiš just the day before the polls opened. Coincidentally there is always enough space and time for ‘the good ones’. As a very welcomed bonus such media coverage helps to escape the statutory expenditure limits for election campaigns. Babiš’s modus operandi towards the critical press started with not being available for interviews, followed by ignoring journalists’ questions. The Covid-19 pandemic presented another opportunity to eliminate uncomfortable questions, when the government used public health concerns to limit the number of journalists permitted to cover government press conferences in person, even though in-person reporting and confrontation of the governmental representatives was in vital public interest precisely because of the public health crisis.

The problem of eroding journalistic freedom in Czechia is, of course, not limited to Babiš. There are other oligarchs, such as Zdeněk Bakala, Daniel Křetínský or late Petr Kellner, who made significant acquisition of media (see the analysis by Martina Vojtěchovská). Because of their political and economic interests, the independence of ‘their media’ might be questionable. But the difference is that Babiš also holds the raw political power. With the largest number of MPs in the Chamber of Deputies and help of other anti-systemic parties (SPD, Communists) with strong anti-media stances, Babiš’s party ANO has managed to elect several of its favoured nominees to independent media councils overseeing the two public service broadcasters, the Czech Television and the Czech Radio. The councils’ members can be nominated by any association representing cultural, regional, religious etc. interests and there is no requirement as to the expertise of the candidates since the rationale was to promote pluralism at the councils. Reports from the councils suggest that the nominees elected over the last few years questioned the objectivity and investigative scope of news. The director of the Czech Television also came under attack from one of the council members on poorly substantiated allegations of a conflict of interest. At the same time, several legislative proposals concerning the financing of public service broadcasters were introduced. They would either lead to restricting their current financing or to financing them directly through the state budget, which would in both cases make them more economically vulnerable, and consequentially less independent.

The ECtHR as a guardian of press freedom

There is not much disagreement that the media constitute one of the essential elements of a functioning democracy. The democratic process relies on the people being able to make informed choices at the ballot box and beyond. The role of the media is essential in processing information flows from the government to the public and back, but their role extends beyond this mere informative function. As the ECtHR routinely stresses, free media provide a forum for debate about matters of public interest and they themselves play the critical role of a ‘public watchdog’ (cf. e.g. Stoll v. Switzerland, §§ 101-106). To fulfil this role, however, information and opinions do not only need to be circulated and reach their audience. The public discussion requires a plurality of voices that needs to be free from undue influence. Any restrictions of journalistic conduct could therefore give rise to freedom of speech issues, both from the perspective of negative and positive obligations of the state. Council of Europe soft-law (e.g. Recommendation on media pluralism and transparency of media ownership) considers that states have positive obligations ‘to foster a favourable environment for freedom of speech’. The ECtHR rules that states are obliged to take positive measures to protect and maintain media pluralism (Manole and others v. Moldova, § 99).

Recent ECtHR case-law shows that the act of restricting journalists’ access to places that are important for information gathering purposes might in itself constitute a violation of Article 10 of the Convention, at least in particular circumstances. The same scrutiny could be applied to restrictions to attend otherwise open press conferences, as happened in Czechia. In Mándli and others v. Hungary for instance the ECtHR found Hungary in breach of Article 10 of the Convention for excluding several journalists from the Parliamentary premises because they violated the Parliament Speaker’s ordinance prohibiting recording interviews outside the designated areas. The ECtHR observed that a five-months-long ban from the Parliament adversely affected the performance of the applicants’ journalistic functions, since they could not gather the news personally in the Parliament building. According to the Court, that by itself amounted to interference with Article 10 of the Convention. Other cases, in which the ECtHR reviewed restrictions on journalists’ access, included Selmani and others v. FYROM and Szurovecz v. Hungary.

The Czech Struggle for Press Freedom

The infamous Babiš-Orbán press conference, mentioned earlier, only confirms that both politicians involved see media as instruments for their own objectives. And unfortunately, the positive legislative measures taken by Czechia to tackle the concentration of political and media power fell short of bringing a solution in case of Babiš until now. In 2015, a group of MPs introduced a statutory provision on the elimination of media ownership by specified high-ranking public officials. The provision obviously refers to Babiš’s far reaching conflict of interest; which explains the bill’s nickname ‘lex Babiš’. After a long legislative battle that ended in 2017, a group of MPs from Babiš’s party ANO and president Zeman petitioned the Constitutional Court, alleging, inter alia, that the provision specifically targeted Babiš and was therefore unconstitutional. But the Czech Constitutional Court confirmed the provision and reiterated the importance of an independent and pluralistic media, free from direct or indirect political influence (§ 161 of the judgment). So far, however, the PM has not taken any action, even though a national authority found him in breach of the provision.

The general elections as an opportunity for change?

In the elections to the Chamber of Deputies, the lower chamber of the Parliament, a coalition of three centre/right conservative parties (ODS, KDU-ČSL, and TOP 09) pulled ahead of Babiš’s ANO and is able to form a majority government with another centrist coalition (Pirates and STAN). Both coalitions declared commitment to the rule of law and liberal values including the protection of media freedom. Pirates and STAN vowed to transform the media councils into expert organs. Nevertheless, the upcoming development heavily depends on the political moves of defeated Babiš and his ally, president Zeman, whose health condition has become the topic of the day. Zuzana Vikarská provides more details in her post on Verfassungsblog.

Even if the new government is formed soon, we should not celebrate prematurely. While some of the media freedom deteriorations could be reversed by a legislative or executive action, its roots also lie in the structure and ownership of the media that will not change just because of the elections. Additionally, the anti-media narrative of some significant political figures, most prominently president Zeman, will continue to nurture distrust of media among wide segments of the public. In short, there are enough reasons to remain vigilant. 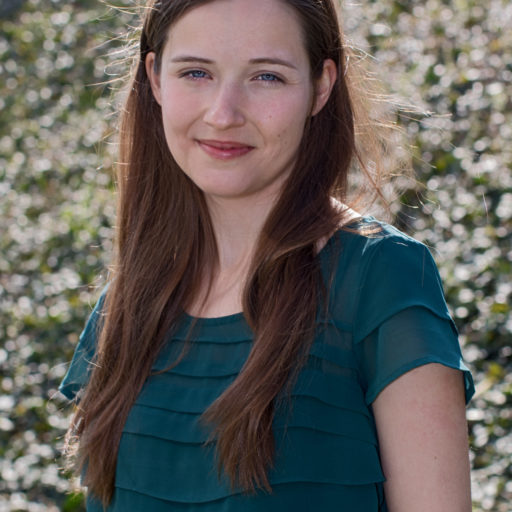 Terezie Boková Terezie Boková is a PhD-student at the Faculty of Law, Masaryk University in Brno. She also works as an assistant to a judge at the Supreme Administrative Court in Brno.