Criticism against the procedure through which Switzerland elects its judges to its (highest) courts is nothing new, but recent events brought this issue once again to the forefront. The main point of concern is that any hopeful candidate must be a member of a political party represented in parliament: party membership is a de facto requirement to be elected even to the Federal Supreme Court. Federal Supreme Court judgeships – until retirement age unlimitedly renewable six-year terms (Art. 145 FC; Art. 9 FSCA) – are “distributed” among the parliamentary groups according to their proportional representation in the Federal Parliament (so-called Fraktionenproporz). These days, a civil society organisation spread reports about an unforeseen attempt to politicise the upcoming elections. According to these reports, the Swiss People’s Party – which is by far Switzerland’s strongest party, but does not nearly control a parliamentary majority – endeavours to prevent one of “its” judges’ re-election because of his support of judgments contrary to the party programme.

Elections to the Federal Supreme Court of Switzerland

38 judges (plus 19 supplementary, part-time judges) divided in seven divisions constitute the Federal Supreme Court of Switzerland seated in Lausanne. The judges are elected by the United Chambers of the Federal Assembly (i.e. the joint meeting of the two parliamentary chambers; Art. 168 FC) by absolute majority (Arts. 136-137 ParlA) on nomination by the all-party Judiciary Committee which consists of members of both parliamentary chambers and works closely with the parliamentary groups (Art. 40a ParlA). The Judiciary Committee’s nominations ensure that the judges’ party memberships approximately correspond to the parliamentary groups’ proportional strengths. Already the Committee’s public announcements of vacant judgeships indicate the parties to whom successful candidates (de facto) must belong. Suitable candidates are then invited to hearings before the Committee, but also before the different parliamentary groups which report their views back to the Committee before the latter decides on its nominations. This practice of electing judges according to their political orientation and the parliamentary groups’ proportional strengths is customary and lacks any written legal basis.

Once elected, a judge’s ordinary term lasts six years, a duration which is considered sufficiently long to guarantee the constitutional principle of judicial independence (Art. 191c FC). Exceptionally, if a judge was elected in a supplementary election to replace a judge who retired or resigned, his or her initial mandate lasts shorter, viz. only until the next general election (Art. 9 FSCA). Though there is no right to be re-elected, incumbent judges who apply for a further term are commonly re-elected. In fact, according to the Judiciary Commission’s own Principes d’action (Art. 15; French), in case it intends to refuse a judge’s nomination for re-election, it respects the fair trial principles it follows in impeachment procedures concerning judges of federal courts of first instance (there is no impeachment procedure for Federal Supreme Court judges). The Committee thus seems to largely equate non-re-election to impeachment. In line with this, the re-elections take place prior to and separate from supplementary elections to seats that have become vacant (Art. 137 ParlA).

Until today, the Federal Assembly has never definitely declined to re-elect an incumbent judge, but it has happened that an incumbent judge was not re-elected in the first round. In any case, the current system subjects judges, who often serve 15 years and longer, to a “political long-term control” (Niccolò Raselli, Bundesrichterwahlen und richterliche Unabhängigkeit, in: Beatrice Luginbühl/Juana Schmidt (Hg.), Diskriminierung und Integration, Dike Zürich 2006, 33ff., 39). This is mostly justified with arguments relating to democratic legitimacy. Seen from the perspective of the constitutionally guaranteed judicial independence, the current procedure is not unproblematic, however: more than once, members of the Federal Assembly have expressed their political disapproval of certain jurisprudence by “castigating” the involved judges with withholding their votes such that these judges’ re-election results were conspicuously below-average.

It is not yet definitely known, what strategy the Swiss People’s Party will pursue on the upcoming elections. However, it has already made abundantly clear that it considers the blunt politicisation of judicial elections entirely legitimate. Already this spring, it invited Judge Danzolloz for some sort of reconcilement (Aussprache) and asked him on this occasion to use his judicial discretion in favour of the party’s interests, which he reportedly rejected. With regard to the upcoming elections, Judge Donzallaz has been invited for another hearing. Before this meeting, the Swiss People’s Party will not officially comment on its position with regard to the upcoming elections.

Regrettably, the Swiss People’s Party’s comportment may already have impaired public confidence in the judiciary’s independence. Some of its most senior exponents have publicly exercised heavy criticism of “its” judge as though he was obliged to decide in line with the party programme. Some politicians even expressed the utterly absurd idea of impeachment (neither constitutional nor statutory law provides for an impeachment of Federal Supreme Court judges). More generally, the party has been quite forthright about its undertaking of intensified endeavours to strengthen the representation of its interests at the Federal Supreme Court. To that end, the party’s parliamentary leader himself chose to join the Judiciary Committee. Thus, even if Judge Donzallaz will eventually be re-elected as one of the Swiss People’s Party’s judges, the party’s comportment is apt to increase the (perceived) politicisation of elections to the Federal Supreme Court.

Judicial independence is an important aspect of the rule of law and the separation of powers. The election procedure described above is doubtlessly questionable. The most charitable assessment might hold that this procedure has not been to the obvious detriment of the actual independence of Federal Supreme Court judges until today: as no judge’s re-election has ever been blocked, there has not been a strong factual basis for the judges to fear non-re-election. Presumably, the parties, being aware of the highly problematic potential of the current system, tacitly agreed to abstain from abusing the judges’ dependence on re-election for exercising political pressure. Arguably, this has worked reasonably well. Nonetheless, it seems plausible that the re-election requirement has a chilling effect on the judges which may deter them from deciding in ways that are likely to stir political discontents.

The events reported above may further darken the picture. It also dims, if two further considerations are taken into account: First, even if one assumes that the current system does not affect the judges’ actual independence, it may still impair the judges’ apparent independence. That is, the appearance created by the current election procedure, widespread knowledge thereof, and media reporting on judges’ party memberships run counter to the principle that justice must not only be done, but seen to be done. The most recent developments certainly increase the appearance of a politicised court system, regardless of the eventual election outcome. Second, an assessment must not overlook a further peculiarity of Switzerland’s court system, the so-called “Obolus” paid by judges. Judges more or less voluntarily agree to deliver a part of their remuneration to their party’s funds. These contributions are non-negligible for most parties. A judge may pay several thousand Swiss Francs (i.e. several thousand Euros) per year. The parties’ consequent financial dependence on “their” judges – besides diminishing the chances for a system change – casts a negative light on the judges’ political impartiality. In short, these payments increase the appearance of judges as quasi-political office holders.

Switzerland does not conform to pertinent international standards, such as the European Charter on the Statute for Judges and the Council of Europe’s Committee of Ministers’ pertinent Recommendation. The Groupe d’États contre la corruption (GRECO) has expressed criticism and invited Switzerland to implement changes. Although these opinions and standards are non-binding, they enjoy considerable persuasive authority on grounds of these bodies’ epistemic authority. The events discussed suggest that these bodies’ concerns are justified, indeed.

How the problem could be solved

Efforts are being made to change the system radically. A popular initiative asks to change the current system fundamentally by amending the Federal Constitution: it suggests selecting judges by lot from candidates whose qualifications are approved by an expert body. No doubt, this is a radically innovative – an entirely unusual and unconventional – proposal. Whatever opinion one holds with regard to this proposal, lesser changes would suffice to solve the most serious of the current problems. If judges were elected for a fixed, non-renewable term, their dependence on their sponsoring parties would largely disappear. The judges would still be democratically legitimate and representative of a broad political spectrum. This would set the judges at liberty also as regards the “Obolus”. If they were not any longer dependent on further “electoral assistance” by their parties, they could much more easily refuse these payments. In sum, quite limited measures would seem to suffice to solve the worst problems of judicial independence and impartiality or appearance thereof. Needless to say, the Swiss People’s Party rejects this initiative for reasons of democratic legitimacy. Paradoxically, its comportment may well boost the initiative.

So, while it remains to be hoped that Judge Donzallaz’s re-election will happen as smooth as possible in three weeks, if not, one might at least hope that these events induce change for the better in the long run. Some things are rotten in the state of Switzerland’s justice system. Betterment would be most welcome! 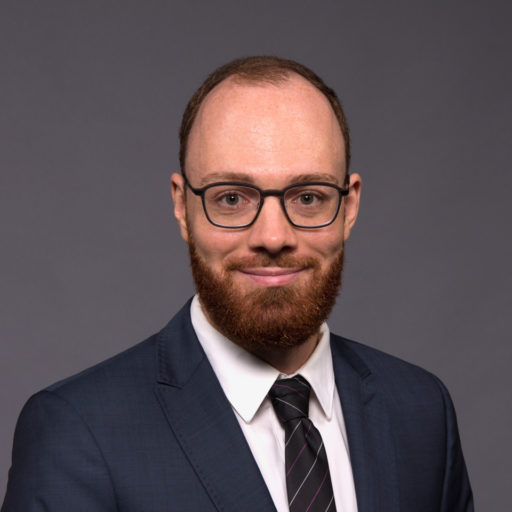 Reto Walther Reto Walther is a PhD candidate at the University of Zurich and a Swiss National Science Foundation Doc.CH recipient (2018–2021).

Other posts about this region:
Schweiz 1 comment Join the discussion
Go to Top