From a Belgian point of view, even after the deepest reform the Senate has known (2011-2014), the issue of the Senate reform has never really been bicameralism per se. When political parties talked about Senate reform they had less bicameralism as such in mind but saving public expenditures. That being said, we may not totally reject an attempt to reduce the federal character of the country. Indeed, we may hypothesise that some political parties try to target a symbol of the – still young – Belgian federal organisation.

In a federative system, the second chamber usually represents the States while the first chamber represents the people of the country (with only few exceptions to the rule). Therefore not only the composition but also – especially – the designation system has to be different. That is almost the only way to ensure a different composition. Since the 6th State Reform (i.e. a major reform of the Constitution and new constitutional laws), implemented since July 2014, Belgian Senators are not elected anymore, but designated for the main part (50/60) by the federated entities or coopted (10/60) according the results of the Chamber’s election. This arithmetical arrangement constitutes an element of a broader compromise (the splitting of the Brussels-Halle-Vilvoorde constituency). It allows taking into account ‘lost ballots’ (especially votes from French-speaking voters around Brussels to French-speaking parties and that were insufficient to give right to a seat) and therefore giving value to what could have been a pointless vote.

Of course, before raising the question of performing tasks, we should scrutinise their types, their scope and their impact on policies. Regarding the Belgian case, since the 6th State Reform the Senate’s competences have been considerably reduced. The Senate has become a meeting place between the federal and the federated authorities. That means that Senators have seen their legislative powers shrinking and will from now on be mainly limited to further Constitutional reforms.

Within this framework, to perform its new tasks the new composition of the Senate – now different from the first chamber – should reinforce the legitimacy of its decisions as, for the first time, the polities that benefit by the State reforms will be involved in the further decision-making process. Of course in a partitocratic political system like Belgium, this involvement is purely formal as the decision are the products of a sophisticated compromise made between the political parties leaders, while the parliamentary assemblies are strictly the place for official approbation more than a debate forum.

With respect to federal systems, there are several models that are frequently referred to. There is the US model (equal representation for each States regardless their size) or German one (representation according to the size of the Land). Belgium has chosen a proportional solution close to the German system, with the difficulty that the constituent assembly had to decide which type of entity would be represented in the new Senate, as the Belgian federal system is made of two types of federated entities that overlap: Regions and Communities. Finally, the compromise provides the following balance:

This distribution matches closely the current linguistic distribution (although official figures do not exist). However, most decisions in the Senate need a special majority to be adopted. The new Belgian Senate’s remit does actually cover mainly constitutional changes (2/3 majority needed) or special laws (2/3 majority + majority in each linguistic group). Besides, a State’s reform requires the adoption of the same text in the House of Representatives too.

Until now, the new Senate has not held any meeting except to validate its composition after the election and to designate its chairwoman. It is supposed to be a non-permanent assembly, meeting from time to time. We should nevertheless stress the absence of a true federal culture and, above all, a strong party discipline in Belgium. That implies that the vote will less follow a federal logic and that Senators will give maximum priority to the party’s instructions on their Community or Region’s interests.

We do not have any return on experience so far as the new Senate has not had the opportunity to deal with any case. But considering the role of the political parties in Belgium, at a point that some describe the political system as partitocratic, we may be doubtful as to the benefits of a second chamber. Of course, it allows more democratic control or decisions (as far as they are bicameral decisions) which is invaluable. However as every law is strictly reviewed (if not written) by the parties’ leaders, the benefits of a second chamber are very limited.

Governement’s stability is a key – if not the major issue – of the decision-making process. Bicameralism slows down any reform or even a standard legislative process. In a highly fragmented political landscape like Belgium, safeguards are always appreciated. Bicameralism is also considered as characteristic of consociative democracy, for this reason among others. From a consociative point of view, bicameralism is clearly a way to share, to disperse and to limit power. However, due to the imbalance between executive and legislative powers, a bicameral process implies less cost than in a more ‘perfect’ parliamentary system (representative democracy). In contemporary Belgium, the federal government stability is ensured (or challenged) by the House of Representatives only; therefore bicameralism does not really impact the stability and does not imply any cost of such nature.

The principle of majority rule is particularly hard to apply to a consociative model like Belgium, quasi ontologically opposed to it. Used to large coalitions, the Belgian political system does not content itself with a simple majority. On the contrary, the minority enjoys de facto a veto right and the decision cannot be the product of a simple majority. Safeguards block any attempt to play the law of large numbers. For instance, the alarm bell process is a constitutional provision that allows the Parliament to suspend any decision formed by a Community (majority) against the other (minority).

On the other hand, despite the recent (2003) introduction of a 5% electoral threshold, the fragmentation index is relatively high as a corollary of a PR system. The composition of the delegation from the federated entities to the Senate follows the D’Hondt formula and does not therefore limit proportionality. Besides doing that would contravene the consensus model.

The slowness of the law-making process is compensated by a higher legitimacy (more safeguards). Actually the costs are strictly controlled by the political parties and framed by party discipline. The risk of discordant vote and instability (i.e. the true costs) are therefore limited.

As far as Belgium is concerned, two situations could lead to change the cost-benefit ratio. First, in the case of a higher instability, parties might want to increase their leadership and to reduce bicameralism. However it seems difficult to limit the current process without simply abolishing the Senate. Second, a reform could be considered in case of an emancipation of the Senate, which would require for the federated delegations to revolt against the parties positions. A more neutral (or federalist) way to express this concern would be to evoke an imbalance between the representation of the people and the representation of the States. However, that seems very unlikely to happen, as the parties would go out of their way to keep both assemblies under their control.

Some, and not only in Belgium, find bicameralism generally in need of reform, which might be partly explained by the general diagnosis of crisis of democracy or – as Bernand Manin has shown – in the mutation of the parliamentary system. While voters’ demands are ever more individual and fragmented, their individual influence in a representative democracy dwindles and the link between him and his MP tends to loosen. Besides the upper house is often seen as – at best – an assembly of the wise men or as – at worst – an inefficient and expensive chamber of old men that impedes the law-making process. Social media might have opened the path towards other forms of democracy with more emphasis on discussion and participation.

Considering the safeguards that already exist in Belgium, I would say that a Senate is neither desirable per se nor undesirable. The least we can do today in Belgium is to let it prove its utility. But a priori the new Senate will not bring a renewing or reinforcement of democracy while giving the voice to federated entities. Under existing conditions and given the high partitocratic control of politics, an upper house has only few assets in a democratic perspective. Time has probably come to introduce some degree of participatory democracy.

[1] The Flemish Region and the Flemish Communities have merged in the 1980s. 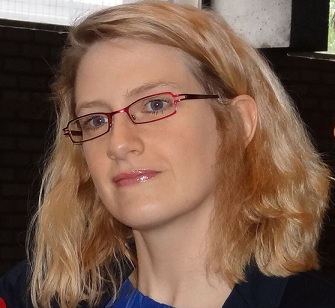 Caroline van Wynsberghe Caroline van Wynsberghe is a lecturer of Political Sciences at the Catholic University of Louvain.
Other posts about this region:
Belgien No Comments Join the discussion
to receive information about new articles and services of Verfassungsblog.de. I know that I may withdraw my consent at any time. More information in the privacy policy.
Verfassungsblog complies with the new GDPR.
Read about it in our Privacy Policy. I opt-out
permanently of anonymized tracking via Google Analytics on Verfasssungsblog.de. This will create a cookie on your device to save your decision.
Go to Top