Call it by its right name

On 23 July 2021 – only a few days before the end of his term – the former High Representative (HR) of Bosnia and Herzegovina (BiH), Valentin Inzko, has imposed a law, which bans genocide denial and the glorification of convicted war criminals. According to his official press release this was a response to BiH’s violent past and current political situation. In the ethnically rooted Bosnian war (1992-1995), the country was the scene of war crimes and crimes against humanity, which culminated in the Srebrenica genocide. Following the conflict, the Dayton Peace Agreement of 1995 split the country into two entities – the Bosniak-Croat Federation of Bosnia and Herzegovina and the Serb-majority Republika Srpska – a solution that ended the war, but also maintained and reinforced divisions along ethnic lines. Over the past twenty-six years, nationalist rhetoric denying war crimes, including the crime of genocide, and celebrating the perpetrators persisted in the public sphere. It even increased in recent years – a trend that represents a serious obstacle to lasting peace, stability, and reconciliation in the country.

In this scenario, the imposed legislation is important because it represents the first concrete attempt to fight against the culture of denial regarding the mass atrocities committed in the Bosnian war of the 1990s. The law, which is an amendment to BiH’s criminal code, has been enacted by the HR using his so-called Bonn powers, according to which the HR has the authority to adopt binding decisions and remove public officials in order to carry out his mission of overseeing the civilian implementation of the Dayton Peace Agreement. Considering that this special set of powers has not been used in the past decade to not interfere with BiH’s sovereignty, the imposed law seems to be even more relevant. The new denial ban in BiH represents a potentially powerful instrument to combat an alarming normalization of genocide denial, and a shameful glorification of war criminals. It is, however, unlikely that an internationally imposed memory law can contribute to reconciliation in a deeply divided society.

Breaking the wall of denial

Officially entitled “Decision on Enacting the Law on Amendment to the Criminal Code of Bosnia and Herzegovina” (No. 26/21), the imposed legislation can be ascribed to the category of punitive memory laws criminalizing the denial of the Holocaust and crimes against humanity. This type of legislation, which exists in most European countries, has often been criticized for imposing an official, state-approved interpretation of history, thus limiting the freedom of expression and historical research. Proponents of punitive memory laws, on the other hand, view them as a pre-emptive measure, which uses criminal law against racism, anti-semitism and xenophobia by prosecuting the incitement of violence or racial hatred.

In the case of BiH, the amendment changed Article 145a of the criminal code by introducing prison sentences from six months to five years for anyone who publicly condones, denies, grossly trivializes or tries to justify a crime of genocide, crimes against humanity or war crimes when three conditions are met: a) the crimes are established by a final adjudication of the International Military Tribunal, the International Criminal Tribunal for the former Yugoslavia (ICTY), the International Criminal Court (ICC), or a court in BiH; b) the offense is directed against a group of persons or a member of a group defined by  race, color, religion, descent or national or ethnic origin, and c) the act is likely to incite violence or hatred.  Prison sentences of not less than one year are further envisaged for public dissemination or distribution of tracts, pictures or other material related to those crimes. If the criminal offense disturbs public peace and order, is threatening, abusive or insulting, or is committed by a public official, it is punished by not less than three years of imprisonment. Glorifying convicted war criminals, by giving them a recognition, award, memorial, any kind of memento or privilege, or by naming a public object after them is also punishable under the new regulation.

The law does not introduce an overall ban of genocide denial but limits the persecution to judicially established crimes and to expressions motivated by violence or hatred based on ethnic or other discriminatory grounds. Alternative approaches and interpretations of past events remain possible for scientific reasons, for example, or in dissenting opinions of national judges. The new legislation thus offers a balance between protection from hate speech and protection of freedom of expression.

Although the amendment does not exclude a much broader application (it implicitly includes a Holocaust denial ban for example), it primarily aims at preserving the judicially established truth regarding the mass atrocities committed in the Bosnian war, and especially its darkest chapter, the crime of genocide. More than 7.000 Bosnian Muslim (Bosniaks) men and boys were executed by the Bosnian Serb Army and more than 25.000 women, children and elderly were forcibly deported from the UN “safe area” of Srebrenica in July 1995. In its landmark case Prosecutor v. Radislav Krstic in 2001, the ICTY ruled that the crimes committed in Srebrenica fit the legal definition of genocide. Following this verdict, the ICTY and its successor found several other officials of Republika Srpska guilty of genocide, most notably the former President Radovan Karadzic and the General Ratko Mladic – both sentenced to life imprisonment. In 2007, the International Court of Justice also ruled that the massacre committed in Srebrenica was an act of genocide.

A land where war criminals are heroes

Despite these rulings and the overwhelming forensic evidence, political leaders and institutions in Republika Srpska and neighboring Serbia continue to engage in a systematic genocide denial. Mladen Grujicic, the first Serb mayor of post-war Srebrenica has repeatedly denied that the ICTY has ever proved that the Srebrenica massacre was a genocide and publicly questioned the number of victims. Milorad Dodik, the Serb member of BiH’s tripartite presidency, has called the Srebrenica genocide “a fabricated myth,” promoted conspiracy theories to contradict the judicially established facts on genocide, and even named a student dormitory after Radovan Karadzic, one of the convicted war criminals. In 2016, the Parliament of Republika Srpska awarded several convicted war criminals with honors. More recently, it set up a “truth commission,” largely composed of foreign academics, “Investigating the Sufferings of all Peoples in the Srebrenica Region in the Period from 1992 to 1995.” On 21 July 2021, the commission issued a report which concludes that a genocide did not happen in Srebrenica, minimizes the number of victims, and portrays Bosniaks as the aggressor and the Bosnian Serbs as victims. Menachem Z. Rosensaft called this report an “embarrassment to scholarship” and a “legal and factual abomination.” Murals and graffiti celebrating convicted war criminals as heroes, and streets and squares named after them are decorating many cities in Republika Srpska and a poll in 2018 revealed that 74 percent of Serbs in Republika Srpska consider Radovan Karadzic to be a war hero. The persistent glorification of war criminals resulted in the normalization of genocide denial and the implicit affirmation of genocide as an “acceptable” act. It goes without saying that all of this is blocking any possible path to reconciliation.

A much needed law

In the 10-stage model of genocide, elaborated by Gregory H. Stanton, genocide denial is the final stage following a genocide and among the surest indicators of its repetition. In BiH, in addition to a widespread genocide denial, the trend even went a step further culminating in the glorification of convicted war criminals. Hariz Halilovich calls this phase, in which war criminals are celebrated and honored as war heroes, “triumphalism.” BiH might be a singular case of triumphalism, but it shows what can happen when a post-conflict society lacks an appropriate legal framework punishing genocide denial. Analyzing the situation using Stanton’s 10-stage model suggests that without the continuous presence of the international community, BiH represents an ideal ground for the repetition of violent conflicts. A punitive memory law thus appears to be much needed in this disturbing context of normalization of genocide denial, triumphalism, and a growing culture of impunity. As has been rightly observed, revisionism in BiH has nothing to do with allowing a plurality of approaches and interpretations of historical atrocities, but is a rewriting of history “with little or no respect for facts.”

One brick at a time

What remains unlikely, however, is that an internationally imposed memory law can create internal reconciliation. The existing literature generally agrees on the fact that reconciliation cannot be imposed from the outside. International actors may be present and support national initiatives, but reconciliation will remain an internal affair. In other words, a law banning genocide denial should have been adopted by national institutions. That would have been a clear signal of former enemies coming together to create a shared understanding of the painful past and build a bridge towards a common future. Previous attempts to pass such law by the BiH Parliament have, however, all failed mainly due to Bosnian Serb opposition.

In the absence of an internal political will to address past wrongs, the imposed legislation risks to trigger an internal memory war and further exacerbate divisions. This has already been proven in practice. The law was welcomed by the relatives of the victims and Bosniak politicians, but firmly rejected by politicians and institutions in Republika Srpska. Milorad Dodik immediately announced that Serbs will not accept this legislation, that genocide did not happen, and called the new law the “last nail in the coffin of BiH.” He further threatened with the dissolution of the country, and encouraged the Parliament of Republika Srpska to decide on an “institutional response” to the imposed denial ban. As a result, on 30 July 2021, the Parliament adopted a law on the non-implementation of the HR’s decision, and an amendment to the criminal code of Republika Srpska, which introduced prison terms of up to fifteen years for calling Republika Srpska a “genocidal creation” or for disrespect of its symbols, independence and territory.

Yet, despite these newly emerged tensions, the imposed genocide denial ban represents a necessary instrument. It provides for a legal framework capable of combatting the deep institutional and social acceptance of denialism and triumphalism. The ending of which would be the first brick for unblocking the path to reconciliation. In fulfilling this primary mission the imposed law has already shown some positive effects: genocide denial on media reports and social media rapidly decreased after the ban came into force.

This publication is part of the project We-R (Illusions of eternity: the Constitution as a lieu de mémoire and the problem of collective remembrance in the Western Balkans) that has received funding from the European Union’s Horizon 2020 research and innovation programme under the Marie Skłodowska-Curie grant agreement No 898966. 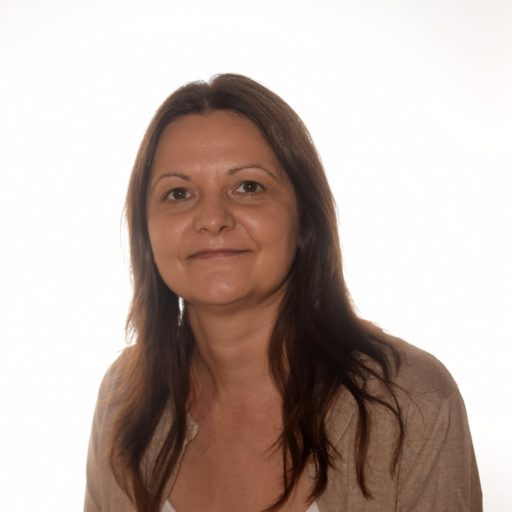 Carna Pistan Carna Pistan is a Marie Skłodowska-Curie Global Fellow at the Harriman Institute, Columbia University (US) and a Senior Researcher at the Institute for Comparative Federalism, Eurac Research (Italy).

Other posts about this region:
Bosnien und Herzegowina No Comments Join the discussion
Go to Top