Can the Election make the Law Unconstitutional?

The question raised by Maximilian Steinbeis already discloses the core problem: If on Sunday the five percent barrier clause became unconstitutional, what would suddenly have provoked its unconstitutionality? Can an election be capable of rendering the electoral law unconstitutional? Or is it the elector himself in the end who does so?

Additionally, the current election result discloses the tension between the efficient functioning of parliament and what Maximilian Steinbeis has referred to as “representativeness of the election” and the federal constitu-tional court names “Assurance of the character of the election as a process of integration for the forming of the political will of the nation”. If more than 15 percent of the votes are left unconsidered for the allocation of seats at the Bundestag, considerable doubts may occur whether these requirements are still fulfilled. In other words: If with regard to the equality of votes not the individual electorate but the quality of the election as such is brought into focus, the derogation gets more severe when more second votes are being left unconsidered and thus greater voting blocs are treated uneven. This unequal treatment therefore demands special justification.

Eventually, it may be noted that the five percent barrier clause in the latest elections even provoked a further problem to occur: the constitutional function of the opposition is threatened to virtually disappear. In case that a grand coalition will be realized – the option most likely at the moment – the parliamentary majority would be equipped with 80 percent of the seats. Fundamental constitutional control mechanisms, such as the initiation of an inquiry board or the ability to request a constitutional review by the federal constitutional court, would not be at the opposition’s disposal even for mathematical reasons since they could never attain the required quorum of 25 percent of members of parliament. Due to the fact that in case of a grand coalition at least one coalition partner would be engaged in every single Länder (federal state) government, the otherwise existing option of a “federal opposition” regarding the ability to request a constitutional review would become inapplicable as well. Under the given political terms on could think about in how far this effect could be viewed as a structural attribute to the five percent barrier clause and must be considered for its justification.

The possibility of such an election result to be realized nonetheless has always been there due to the applicable electoral law. So does the current election result therefore cause the unconstitutionality of its legal foundation? Would the five percent barrier clause become constitutional again if the distribution of votes changed during the next election? The question leads back to a central issue of the applicable electoral law: It assumes a certain behavior of the voters but is unable to guarantee it.

Up to now this has mostly become apparent regarding the range of excess mandates. In this respect the legislator as well as to a certain degree the Federal Constitutional Court have implicitly based there considerations on the assumption that the electorate would not excessively and unilaterally use the option of splitting ones vote, since this would cause an increase of excess mandates. This presumption even endures under the new electoral law, although an augmented splitting of votes does not raise the amount of excess mandates on the expense of equal suffrage any longer, instead it does increase the seats of the Bundestag through compensating mandates. Similarly the electoral law seems to be based on the proposition, that not too many electorates give their votes to smaller parties and as a consequence loose them regarding the allocation of seats within the Bundestag.

Other than the libertarian, secularized state, who according to the often-quoted Böckenförde dictum lives by prerequisites which it cannot guarantee itself, the electoral law, which is neither able to guarantee the adher-ence with its own expectancies, is struggling with a paradox: Whilst the state can positively influence the existence of its own prerequisites, the electoral law is incapable of doing so. With regard to the constitutional requirements it is even the duty of the law to guarantee the electorates liberty towards this premise adjournment. If the Federal Constitutional Court in its early states that the five percent barrier clause is justified particularly through the “danger of fragmentation of parliamentary par-ties”, this is by all means mistakable. The freedom to create new political parties is guaranteed by constitution without restrictions, even if it threatens a fragmentation of the established political parties. So the freedom to vote for any of the running parties is. In this respect electoral law may be misused to allusively regulate electoral behavior, exacerbate the creation of new parties and commit the electorate to the established parties. If the will of the electorate has to assimilate to the voting system for the benefit of solid majorities and not the opposite, prerequisites of free elections are no longer complied with.

How should law react to electors, if they no longer fulfill the implicit ex-pectations directed towards them? German constitutional law contains a solution for the problem of political actors no longer fulfilling certain expectations – for example the creation of a strong government – however there is no solution for the case of the electors disappointing certain ex-pectations. There is a good reason for the lack of such mechanisms: As long as the basic prerequisites of a democratic state are met, an elector always fulfills all constitutional expectations just by voting. To provide a comprehensive electoral law as an instrument to create, in a constitutional way, a functioning parliament is precisely a legislator’s obligation.

In its latest decision concerning the barrier clause in the European Elections Act the Federal Constitutional Court seems to solve the problem in a similar way, referring to the procedural obligations of the legislator, who has a continuous obligation to inspect the actual developments that allude to the constitutional assessment of electoral law. Putting an emphasis on the procedure though in the end only leads to a concealment of substantial problems. For even if the procedural obligations were to be violated, the electoral law would equally not become unconstitutional likewise as with the occurrence of a certain election result. Unconstitutionality would only occur, if certain unconstitutional consequences were to arise with sufficient probability.

The fact that lately the constitutionality of the federal electoral law is more and more questioned can be traced back to the point that electoral law legislation – and unfortunately partly even the jurisdiction – argues with relatively superficial criterions consisting of a mixture of historical experiences and gut instinct for example the “party fragmentation”. These arguments neither disclose their logical limits, nor are they sufficiently based on related disciplines’ expertise concerning the probability of achieving these limits.

In its latest decision on the negative voting weight the Federal Constitutional Court has made at least a step towards a solution by no longer for-mulating an open request to examine and in case change the law, but deciding in contrast to older dispositions concerning the highly controversial question of excess mandates. It therefore stated clearly that the electoral law becomes unconstitutional when the number of excess mandates exceeds 15. As licentious and decisionistic this precise number seems, the new gained awareness concerning the fact that the legislator has to anticipate certain quantifiable actual consequences of the electoral behavior in the voting system just to ensure its constitutionality, is nevertheless extraordinary. If electoral law is required to create a balance between different constitutional interests, it has to consider the adjournments in the emphasis of these interests, which are produced by a certain electoral behavior.

If it is therefore possible to consider the electoral behavior in electoral law in a way that an absolute upper limit of uncompensable excess mandates can be defined, why shouldn’t it be possible for the legislator to embellish a barrier clause in a manner that only a specific quorum of second votes is disregarded in the seating? So even if one was unwilling to disclaim the five percent barrier clause, it would still be possible to use it, as long as no more than a certain percentage of votes would be disregarded. It could be lowered automatically to a three percent barrier clause, as soon as this merit is reached. This kind of eventuality settlement would not be completely new in electoral law. For instance the electoral law of the state of Brandenburg allows balanced mandates solely if a party has more than two excess mandates – in this case a complete adjustment occurs.

Summing up, in my opinion under the current political conditions, which are shown in the elections to the Bundestag, the five percent barrier clause can barely be constitutionally justified. The problem however is based in the electoral law, not in the election itself. 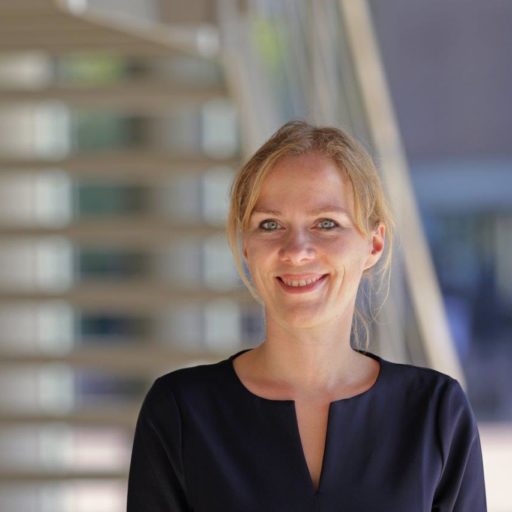 Sophie Schönberger Prof. Dr. Sophie Schönberger is a Professor of Public Law at the University of Düsseldorf.
No Comments Join the discussion
to receive information about new articles and services of Verfassungsblog.de. I know that I may withdraw my consent at any time. More information in the privacy policy.
Verfassungsblog complies with the new GDPR.
Read about it in our Privacy Policy. I opt-out
permanently of anonymized tracking via Google Analytics on Verfasssungsblog.de. This will create a cookie on your device to save your decision.
Go to Top