Catalonia and Spain: A View from the Future Past

I have started to write this article four times over the past two weeks, and each time I failed to complete it. The reason is, I think, fairly simple. I have been trying to write a dispassionate political analysis of the current situation in Catalonia and Spain, and have realized that I cannot do it, not right now at least. What you are reading, then, is a series of intuitions and reflections of somebody who studies multinational states professionally, but who has also lived through the dissolution of one such state – Yugoslavia.

I want to make this clear: I am not suggesting Spain and Catalonia are headed for the same result as Yugoslavia and its republics. The conditions necessary for such a confrontation are simply not present. At the same time, the similarities do suggest danger of further escalation, with the possibility of unrest that should be taken seriously.

In the beginning was the word

The first and most obvious parallel between the two situations, and one that gives me the most persistent sense of déjà vu, is the escalation of rhetoric that preceded institutional rupture and the use of force. In both cases, this escalation was a product of attempts at major institutional reform, and in both cases it took years to develop. It first took hold among political elites and activists, but then spread throughout the society. While it is tempting to see this process as a matter of elite manipulation, this is too simplistic a view of both the Spanish and Yugoslav dynamics. Anybody following pro-independence mobilization in Catalan civil society since 2009 (and before) knows this was not just a matter of Convergència’s use of nationalism in order to shift attention from its corruption scandals. Similarly, while many observers believe that nationalist mobilization in Yugoslavia was a largely top-down affair, the story was far more complex.

In each case, rhetorical action produced mutually exclusive narratives, based on fundamentally symbolic constructs with great emotional resonance (On the side of majority elites the protection of the Yugoslav/Spanish state from fragmentation, and on the side of the independentist parties, either the right to decide or, in Croatia for example, the right to the thousand-year-old dream of statehood or simply ‘being on one’s own ground’ (‘Svoj na svome’)). This rhetorical escalation accomplished two things First, it provided an incentive for political leaders to continue radicalizing, especially where they faced even more radical political options ‘on their side’ (one example is the dynamic between ERC and PDeCat). Second, it gave those leaders a sense of messianic duty – they were transformed from grey suits into leaders of the people. So, both the rational and emotional motives pointed them in the direction of greater confrontation. De-escalation became increasingly costly – in terms of possible loss of political support, and collective and individual pride.

In Yugoslavia and Spain, those who would not or could not position themselves behind the main narratives were at first dismissive of the growing polarization, often literally laughing about it. The famous Yugoslav sketch comedy show ‘The Surrealist Top Chart’ seemingly predicted Bosnia’s division, in one episode staging a fight between garbage collectors across the newly built ‘Sarajevo Wall’ (a clear allusion to the Berlin Wall). The Surrealists have their near-equivalent in Catalonia’s Polònia. As the political conflict intensified and satire increasingly became reality, these people found themselves either taking sides, or falling silent. This is yet another parallel we can observe with the Catalan society – a number of individuals who were in the minority in their neighbourhoods, workplaces, or families became afraid of the social cost of speaking out. In both cases, each escalation in tone and behaviour delegitimized moderate voices in the conflict.

By the time of the first institutional rupture, the following paradox developed both in Spain and Yugoslavia. Political leaders, supported by mobilized populations, became willing to risk real lives and livelihoods in the name of abstract ideas and sacralised political projects. What is particularly dangerous in such situations is the politicians’ belief that they can control the course of events. This is dangerous conceit.

No fight without two fighters

At this point, the similarities between the two countries end. First, in contrast with Spain (and Catalonia), Yugoslavia was a heavily militarized society in the broadest sense of the word. This was the precondition of its non-aligned status between East and West. Not only did each republic have its own security structures, stocks of armaments, and numerous weapons factories, the entire society was trained for war. Moreover, the political elites that emerged in most of the republics in 1990 were not versed in the politics of democratic compromise. Finally, the federal government was weak because of the de facto confederal institutional structure of the Yugoslav state.

In other words, the use of force in pursuit of independence was technically feasible (due to availability of equipment, organization, and training) andpolitically legitimate. In fact, by the time they declared independence in June of 1991, both Slovenia and Croatia had in place their own armies, capable of resisting the Yugoslav military. Moreover, they were facing an enemy that was politically weak. None of this applies to Catalonia and Spain today. There is little in both the discourse and actions of the Catalan independence movement to suggest that this option is being considered. Even if it were, it would be exceedingly difficult to carry out.

Second, the two countries differ in terms of international standing. Spain is a member of the EU and NATO, and the fourth largest economy in the Eurozone. It is also a member of the club of democratic states, regardless of the skepticism on this score emanating from Catalonia’s independence camp. Yugoslavia was none of those things. Slovenia gambled on the possibility that armed resistance would either result in victory or, in case of a loss, enough international sympathy to increase the possibility of recognition. Indeed, early on, the relevant actors in the international community were all in favour of Yugoslavia’s territorial integrity. However, with the onset of armed conflict, matters changed rather quickly. Using armed struggle to separate from a state as well integrated into Western institutions as Spain, however, would not help the cause of Catalan independence.

This is why it is imperative that the two governments move toward de-escalation. The Catalan government suspended its declaration of independence in favour of negotiations and mediation on October 10th, a move praised by Pablo Iglesias and Ada Colau, among others. Mariano Rajoy has suggested that he is willing to open negotiations on constitutional reform. Yet, his government simultaneously issued an ultimatum to Puigdemont, preparing the path for the application of Article 155. It has asked that the government of Catalonia clarify whether it has proclaimed independence by October 16, and if the response is positive, reverse the decision by October 19th.

Thus, despite the enormous expenditure of emotional energy over the past several days (or perhaps because of it?), and despite temporary appearances to the contrary, the confrontation has only gotten worse. We are likely closer to a unilateral declaration of independence, and certainly closer to the application of Article 155 than we were on October 9. Rajoy’s demands are a step too far for Puigdemont, whereas Puigdemont’s demands are far beyond what Rajoy is willing to countenance.

If neither side blinks by accepting a step they currently find unacceptable, they will be wading into dangerous waters indeed. If, either steps back, they will pay a high price in terms of political capital and reputation. Yet it is a price worth paying. With stakes as high as they are, that is what courage looks like.

This article was previously posted on Agenda Pública and is republished here with kind permission.

Other posts about this region:
Bosnien, Spanien 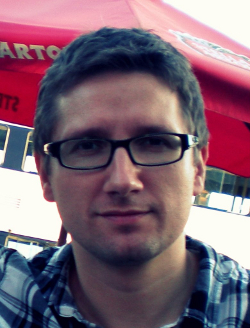 Karlo Basta Karlo Basta is an Assistant Professor of Comparativ Political Science at the Memorial University of Newfoundland, Canada.

Other posts about this region:
Bosnien, Spanien 2 comments Join the discussion
Go to Top