The Chilean response to COVID-19 has adopted two approaches: first, the use of emergency powers; and second, the use of ordinary legislation and constitutional amendment. Among the measures imposed under the constitutional state of exception, two measures are highly questionable: (1) a national overnight curfew, and (2) a heavily-policed use of identity control. Through a constitutional amendment, the 2020 electoral calendar has been modified, delaying the most important political event of the year: the April referendum for a new constitution. While the postponement is reasonable considering the current sanitary situation, recent suggestions that there be a further postponement due to a possible post-pandemic economic crisis threaten the democratic legitimacy of the process. As argued in this post, these measures and opinions, when read together, put the government close to an authoritarian use of the constitution.

We cannot understand this claim without considering the prior state of civil unrest in Chile. Briefly, the protests which began against price hikes in public transport rapidly turned against the extreme social inequality present in contemporary neoliberal Chile. These public protests reached more than one million people in Santiago on several occasions, with the last one taking place on the commemoration of International Women’s day, in March. At the beginning of the protests, the government decreed a state of emergency using the military to control the population. During that time, and afterwards, serious human rights violations have been committed by both the military and the police, including deaths, torture, hundreds of eye mutilations and thousands of protesters injured, as some international organisations have reported. Meanwhile, as a consequence of political negotiations in the Parliament during the civil unrest, a national plebiscite about the possibility of enacting a new constitution, and the kind of assembly responsible for its drafting was scheduled for April 2020. This referendum was seen as an opportunity to overcome the still present authoritarian norms of the Pinochet’s constitution; and to give the Chilean people, for the first time in history, the power to make their own constitution.

The Chilean Constitution belongs to those which have a comprehensive regulation of emergency powers. This regulation includes not only what explicitly appears in the Constitution (Articles 39 to 45), but also within a constitutional State of Exceptions Act (the Ley Orgánica Constitucional de los Estados de Excepción) which provides further details and clarity to what is already stated by the Constitution. The explicit constitutional framework has varied over time, from a conception of states of exception as devices of dictatorship’s authoritarian constitutionalism to a more democratic version, following constitutional reforms in 2005. Before this, constitutional emergency powers were examples of what has been called “protected democracy”, through the involvement of the “National Security Council” (NSC), which has mainly composed by the military (Barros, 2002, pp. 36-37). Consequently, democratically legitimate bodies (in this case, the President) were subjected to the will of the military. After 2005, the NSC’s functions were reduced to a consultative one, whereas Parliament’s role was expanded. Despite these changes, the States of Exception Act which was enacted under the dictatorship, has not been modified since 1990. The Dictator Pinochet modified the Act just before leaving power as part of a strategy of constitutional abuse, which also involved other important areas of regulation, making its democratic reform very difficult  (Atria, 2013, pp. 61-62). Nowadays, this unreformed act appears as outdated and unfocused on the challenges of current emergencies. Finally, responding to the human rights violations during the civil unrest, a new Presidential decree on the use of force by Armed Forces during states of exception was promulgated. This decree has been fiercely criticised however, due to its incompatibility with international human rights law.

The Constitution establishes four kinds of “states of exception”, equipped with distinctive emergency powers and rights’ limitations in each case. To that extent, it closely follows the trend in Latin American Constitutions (Gross & Aoláin, 2006, p. 42). Every case is based on a description of facts that can recommend the declaration of emergency. The intensity of powers, the requirements before their declaration, and the consequent degree of limitation of rights permitted are given according to the gravity of the fact that justifies the state of exception.

In cases of “internal” or “external” war (estado de asamblea) and “severe internal disturbance” (estado de sitio), the President requires Parliament’s approval, although it can decree a provisional declaration in the meantime. Once enacted, it can allow both the “suspension” and “restriction” of a list of rights (personal liberty, reunion, work, association, privacy, and private property). The other two states of exceptions are justified for other emergencies, namely, “severe alteration to the public order” and “severe damage to national security” (estado de emergencia), and “public calamity” (estado de catástrofe). The requirements for their declarations are less strict than the previous ones and reflect the hyper-presidentialism that characterises the Chilean political system. The President can declare them without Parliament’s acquiescence for a certain period, but parliamentary approval is required for further extension or use (in the Chilean model, there is no “supermajoritarian escalator” as in Ackerman, 2006). Regarding the limitation of rights, in these low-level states of exceptions only the “restriction” of some rights is authorised (movement, freedom of assembly, private property). It is worth considering that in any case, the courts can review emergency measures, but the declaration of the state of exception itself cannot be subjected to judicial review, according to the Constitution. Parliamentary control is applied in two ways, either through the rejection of the declaration of every state of exception, or through its general oversight powers.

Application of Emergency Powers during COVID-19: Threat of the “Normalisation of the Exception”

As a response to the COVID-19 crisis, the Executive first engaged general sanitary powers allocated to the Health Department (dictating “sanitary alerts”). On March 18th, the President declared an estado de catástrofe with a sunset clause of 90 days, activating its constitutional emergency powers, through a Presidential Decree. Arguably, the most concrete measures (including lockdown, border control, sanctions for positive-tested people who infringe rules) applied on behalf of the state of exception are acknowledged as necessary and reasonable. Notwithstanding, two measures stand out due to the potential that they strengthen the authoritarian approach still present in Chilean constitutionalism. First, through a Health Department Resolution, a national overnight curfew (toque de queda) was imposed without an end date. Second, the military official in charge of the state of exception in Santiago informed the press of the introduction of widespread identity controls in the zone.

Both controversial measures are justified on the argument that these measures are included within the constitutional emergency powers and are truly necessary to deal with the pandemic. By so doing, a “compulsion of legality” (Dyzenhaus, 2008, p. 39) appears in the Executive’s discourse. However, the suitability of these measures to fulfil the goal of sanitary precaution is dubious, as they seem to become devices of general social control, going far beyond the other widely accepted measures that have been applied so far.

As these measures are not strictly necessary to deal with the pandemic, they seem to be the mere continuation of governmental attempts to curb civil unrest and repress protesters. Particularly in the case of the overnight curfew, its application over the entire population is a step forward in the “normalisation of the exception”, whereby stronger restrictions are accommodated into the regular legal system (Gross, 2018). A pernicious consequence of this strategy is that whenever a further difficult situation emerges (concretely, when the pandemic disappears and the massive protests return to Chilean cities), it will be easier for the government to upgrade to a higher level of state of exception, however an overreaction and unjustified. From the point of view of ordinary people, both suspension of rights and even repression of citizen protests will appear more normal than before. In that sense, the recurrent phrases of Chile’s President that the government is fighting a “war” – first against protesters, now against the pandemic – can be read as attempts to normalise the use of higher levels of public force. Considering the Chilean constitutional debate and current socio-political scenario, these measures strengthen an authoritarian conception of the constitution, by restricting freedoms and generating fear into the population.

A Constitutional Amendment to deal with COVID-19: Postponement of the Referendum on a New Constitution

The Congress has passed several acts able to deal with different consequences triggered by the pandemic, in areas such as social security, criminal indult,  judicial processes, economic support for small and middle companies, working from home, and the extension of several public documents. In addition, two constitutional reforms have taken place because of COVID-19: the authorisation of electronic attendance and vote in parliamentary sessions (ruling that the vote of MPs must be personal, substantiated and non-delegable); and the deferral of the most remarkable political fact of this year: the referendum for a new constitution (the “national plebiscite”).

A Constitutional Amendment postpones the date for the referendum, from April 26th to October 25th, 2020. Because of this change, the complete electoral calendar of this year was altered: elections of mayors and local councils as well as the first election of regional governors were rescheduled to April 11th, 2021.

Despite its capital importance, all political forces considered necessary to defer this national plebiscite, to a date when the circumstances will not require a general quarantine. This decision was correct, for two kind of reasons. Firstly, due to the sanitary context, considering the likely insufficiency of measures to protect the health and even the life of the electorate (IIDH/CAPEL, 2020). Secondly, the decision protects the democratic credentials of the constituent process initiated in 2019. As it is not possible to gather anymore once the estado de catástrofe was enacted, the political campaign was inevitably suspended. Massive demonstrations in favour of a new constitution have stopped. Therefore, the required space for deliberation in the referendum campaign seems unachievable in this context. Additionally, considering the insufficiency of sanitary measures, high levels of abstention would result if it is not postponed.

However, Chilean political forces should not confuse these arguments with partisan-related reasons for postponing the ballots, particularly the referendum for a new constitution. In the last few days, the President has suggested that the national plebiscite may be deferred again, arguing that this decision could be advisable not only if the pandemic persists, but for the occurrence of an expected post-pandemic economic crisis (although days after the head of the Home Office Department reaffirmed the arranged calendar). These kinds of comments threaten the democratic legitimacy of the process and strengthen the authoritarian side of Chilean constitutionalism who would like to undermine the first participatory constitution-making in Chilean history. 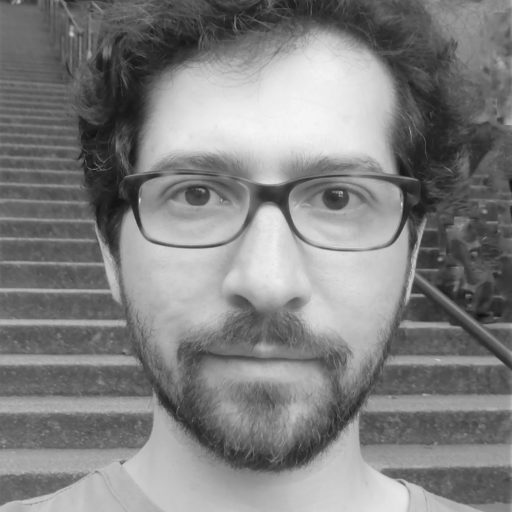 Other posts about this region:
Chile 6 comments Join the discussion
Go to Top