City-zenship and national citizenship: complementary and competing but not emancipated from each other

Global trends in urbanisation demonstrate not only population shifts from rural to urban areas, but also an increase in the political power of cities. While cities are typically characterised as sub-units of the state, they are increasingly becoming semi-independent political actors. Their activity in global politics (e.g., supranational city-based networks) and within the state (e.g., regulations which challenge national laws) indicate a desire for greater political autonomy vis-à-vis the state. To that extent, it may seem as if cities and city-zenship are headed towards an emancipation from nationality, calling for the expansion of civic capacities at the city level.

However, while applauding this trend, I want to deepen the ambivalence in Rainer Bauböck’s account of urban citizenship and suggest a skeptical but friendly critique towards notions of emancipating urban citizenship from nationality. The relationship between urban and national citizenship should not be seen as mutually exclusive; claims for enhancing city-zenship and decentralising state power are warranted only insofar as they provide forward-thinking urban response to the decline in democratic participation and civic solidarity at national levels. While these claims highlight the tensions between cities and states, they do not obviate the role of the state as the polity that safeguards the autonomy of city-dwellers and enables them to act individually and collectively towards shaping the city’s public sphere and its conception of the good.

To complement Avner de Shalit’s story about changing sociopolitical attitudes when thinking like a city or state, I open my response with another story, also from Berlin. In the summer of 2016 I was researching the nexus of ecological citizenship and political city-zenship, part of which entailed conducting interviews with urban environmental activists (Barak 2019). One of the projects I visited was an area in the city centre squatted by activists.  Originally slated to become a parking lot, the activists had transformed it into an urban forest, with a community food-garden and café in which local city-zens could relax, practice urban agriculture and meet. The activists justified their opposition to the municipal plan by passionately declaring their right to the city:  “we have a political mission! For us, the main question was who decides how to use urban space. We have tailored this space according to the real needs of the people who live here.” They further justified their action by making a connection between themselves and the history and civic memory of the city, whereby their successful struggle was viewed as building on the local legacy of resistance to urban development projects characteristic of West Berlin in the 1960s. However, when I inquired more deeply into their oppositional stance vis-à-vis the municipality, one of the activists responded: “We negotiate with the municipality because they always want to close us down (…) and there’s always the danger of privatisation, which is what the municipality really wants to do (…) [My actions are legitimate because] I’m a citizen; I have rights.”

Indeed, in interviews in other German and Israeli cities, I found similar responses: the forms of participation that activists take and their justification for action are associated with membership-residence in specific cities, implying that different civic meanings and justifications are attributed to similar projects. Ius domicilii is not only a good criterion for determining membership in the city’s political community, but residence in a city is also associated with cities’ intrinsic logic (Löw 2012), civic ethos (Bell and de Shalit 2011), and civic memory (Dagger 1997). In this regard, the city seems like a discrete political arena where city-zens promote the common good. However, especially in civic struggles that oppose municipal planning and social policies, city-zens/ urban activists recognise that political participation in cities is not independent of the state, but rather dependent on the political and civil rights enshrined therein.

While seeing like a city is distinct from seeing like a state (Barak and de Shalit 2020), it is crucial to acknowledge the institutional hybridity of city-zenship and the state’s fundamental role in securing individual civil and political rights. Recognising this aspect does not eliminate the challenges that cities pose for states by filling policy lacunas or challenging national legislation in domestic and global issues. In this respect, city-zenship ought to be distinct from national citizenship and seen as complementary. However, adding to Rainer Bauböck’s focus on the international status of national citizenship and the stability it provides across generations, it is no less important to recognize how national citizenship facilitates urban citizenship and, to a large extent, enables civic engagement at the city level. Thus, urban citizenship is not only complementary to national citizenship, it is also contingent upon its functioning and, therefore, cannot be emancipated from it.

What is true at the level of individuals is, I believe, also applicable at the institutional level of cities and states. Indeed, cities are boldly facing up to local and global problems insufficiently addressed by nation-states, and putting forward urban responses (e.g., cities action in global climate politics). In this regard the post-national conception of urban citizenship is certainly a good argument for enhancing cities’ political autonomy and for deepening the schism between cities and states. However, thinking about emancipating urban citizenship from nationality raises three points for consideration.

While cities are quite successful in the untraditional issues they are tackling, they lack the political capacity to address these issues comprehensively, which suggests that their emancipation from nationality would not only impose impossible burdens on them, but would also absolve the state from its responsibilities. For example, regarding climate and environmental policies, C40 and other cities are effectively reducing their carbon emissions, divesting from fossil fuels, and transitioning to more sustainable development schemes. However, structurally, cities lack the capacity to legislate and regulate resource extraction, industrial policies and other necessary factors for effective climate policy (Wachsmuth, Cohen, and Angelo 2016). With regard to income inequality, cities lack access to effective tax and welfare policies (and as suggested in de Shalit’s response – issues of material inequalities are more closely associated with state capacities). Divorcing city-zenship from national citizenship might change this situation; however it is quite difficult to see how cities could be effective in addressing these issues while maintaining their socio-political attributes as non-sovereign entities.

Also, think about the following political architecture: the principle of ius domicilii is equally applied not only to properly urban communities (i.e., cities) but also to sub-urban and rural local governments (or else it would entail an inegalitarian political arrangement), and this form of citizenship is fully emancipated from nationality. When these local governments convene as equals in attempts to devise effective climate governance, or any other national and global collective action problem, this would introduce additional veto players who can block global efforts, and therefore deepen already existing urban-rural schisms. In this regard, binding urban citizenship to national citizenship serves as a mechanism for restraining declining urban-rural solidarities. Moreover, this political architecture is quite different from the current situation in which supranational city-based networks are challenging national legislation in virtue of their economic and political power, and due to their ability to cooperate, learn and transfer effective policies (and I should clarify that in no way do I suggest that these actions are illegitimate). Lastly, I tentatively suggest that, in virtue of their power, the bigger and richer cities have a normative duty to be more attentive to this concern to justify their enhanced capacities further.

My final point in addressing the relationship between urban citizenship and nationality relates to the downplayed role of the state in contemporary urban narratives about dysfunctional nation-states and highly competent cities. The high-functionality of cities is tied with the functionality of the state and/or federal government in many, supposedly invisible, domains – primarily in providing national security and the protection of civil and political rights, in employing fair and just income tax and many more fields which do not, and probably cannot, have a city-based equivalent. Apropos his most radical suggestion – to change the global order of states through city-based cooperative networks – Benjamin Barber admits:

“Cities can cross borders easily, but they exist only within borders as subsidiary civic entities inside of states, subject to statist powers, sovereignty, and jurisdiction. Cities can govern globally where states can’t, but only insofar as national states let them or look the other way.” (Barber 2013, 166)

The authors of the ‘new localism’ complement this notion:

“The devolution of power and problem solving to local levels is not an argument against the importance of federal and state governments… The federal government must do things that only it can do, including safeguarding national security, providing a stronger social safety net than it presently does, providing guarantees of constitutional protections and civil rights, making smart national infrastructure investments, protecting natural resources, protecting the integrity of markets and funding scientific research, innovation, and postsecondary education to keep the nation competitive.” (Katz and Nowak 2018, 10)

These caveats swallow the premise of any attempt to emancipate urban citizenship from nationality. An autonomous and empowered city will ‘solve problems’ very efficiently given the condition of a competent, just, and functional federal and state government. If so, the implicit attempt to short-circuit state and federal politics in favor of a city-based ‘problem solving’ by emancipating urban citizenship from nationality is off the mark. Depicting the relationship between cities, states, and federal governments as a zero-sum-game over political power is thus likewise misguided, politically dangerous, and normatively undesirable (Therborn 2011). Just think where New York City would be if there had been no 2008 federal bailout.

Bringing all these aspects into consideration it becomes clear that while enhancing the schism between cities and states, divorcing urban citizenship from nationality is unwarranted. It would impose an impossible burden on cities and change their fluid dynamic; to a large extent, it would also absolve the state from its responsibility to address collective action problems. Additionally, a divorce might lead to even more complex policy deadlocks, and deepen the already painful schism between urban and rural communities. Lastly, a divorce of this type overlooks the significance of state-functioning for meaningful civic engagement at the city level, and the enhancement of municipal capacities.

This being said, the time is ripe for a new division of political labor between cities and states. In a multilevel political architecture, the role of cities, especially the powerfully-networked global cities, not only complements nationality but also rightfully legitimises cities’ contestation of state policies. This multilevel political architecture locates cities as polities that are not preoccupied with an inter-urban parochialism, positing them instead as polities that live up to their contemporary challenges as national and global leaders.

DOWNLOAD PDF
LICENSED UNDER CC BY NC ND
SUGGESTED CITATION  Barak, Nir: City-zenship and national citizenship: complementary and competing but not emancipated from each other, VerfBlog, 2020/1/21, https://verfassungsblog.de/city-zenship-and-national-citizenship-complementary-and-competing-but-not-emancipated-from-each-other/, DOI: 10.17176/20200121-182024-0. 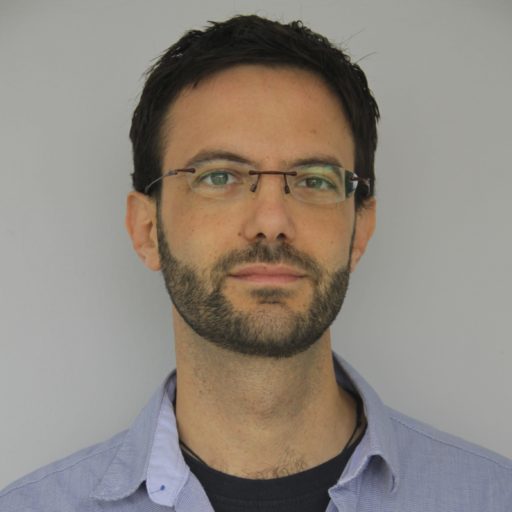 Nir Barak Nir Barak is a Postdoctoral Research Fellow at the Faculty of Town Planning and Architecture at the Technion – Israel Institute of Technology.