It remains to be seen whether the German Chancellor’s speech at the special session of the Bundestag on 27 February 2022, on the occasion of the Russian attack on Ukraine, has indeed turned the entire coalition agreement 2021–2025 of the German ‘traffic light coalition’ into an ‘antique’. Regarding the promise made on page 144 of the agreement – to present a comprehensive national security strategy in the first year of the new government – important steps have been made. At the same time, the new security threats and the dedication of considerable resources make a comprehensive security strategy both more urgent and more challenging than before the Zeitenwende. The Federal Republic’s previous policy of ‘strategic restraint’ has been justified mainly – and rightly – on historical grounds; however, it also has to do with the legal parameters set by international security law and the German constitutional law on military affairs. We should take this legal framework into account when we explore the options for a fundamental reorientation of security and defence policy and a departure from ‘strategic restraint’.

This framework is largely shaped by the informalization of international security law. Informal processes are not only replacing formal treaty amendments within existing treaty-based organizational structures, as was the case of NATO’s new Strategic Concepts, where the North Atlantic Treaty was put ‘on wheels’. Informalization is especially prevalent in the field of global security governance and in the activities and arrangements detached from international organizations such as NATO. These are not entirely new phenomena, as exemplified by the 1995 Wassenaar Arrangement for Export Controls of Conventional Arms and Dual-Use Goods and Technologies and its predecessor, the Coordination Committee on Multilateral Export Controls (CoCom). Nowadays, informalization has come to play a critical role in international law and security law in particular. Other examples include the Proliferation Security Initiative (PSI), the Container Security Initiative (CSI), the Global Initiative to Combat Nuclear Terrorism (GICNT), the Nuclear Security Summit (NSS), the Global Counterterrorism Forum (GCTF) and the Financial Action Task Force (FATF) (Rodiles 2018).

Informal coalitions and activities allow powerful states to cooperate selectively and ad hoc to effectively enforce their preferences. This applies to both the implementation and the progressive development of international law. It is obvious that this usually happens to the detriment of less powerful states, thus jeopardizing the principle of sovereign equality of states. In their interactions with formal international law and as ‘orchestration strategies’ for international organizations, informal developments and procedures also have lasting effects on international treaty and customary law. In his prizewinning study of ‘Coalitions of the Willing and International Law’, Alejandro Rodiles demonstrated how, in the law of the sea, the right of innocent passage in the territorial sea (Art. 17 et seq. of the UN Convention on the Law of the Sea) has been reshaped by a dynamic interplay of the Proliferation Security Initiative, the United Nations Security Council and the International Maritime Organization.

In light of their far-reaching de facto and normative consequences, the accountability of informal structures and processes and the legitimacy of informal norms of security governance emerging in these contexts are of central concern. Their complexity and dynamic development, as well as the ‘fluidity’ or ‘liquidity’ of the authority exercised within these structures and procedures, challenge national parliaments, whose function for broader societal debates is also rightly emphasized by Isabelle Ley. A national security strategy for the Federal Republic of Germany, which is developed in conjunction with the participation of both the parliament and the public, can be part of a response to these challenges. At the same time, the relatively ‘volatile’ international environment of informal security governance and its ‘ad hocism’ pose a problem for developing a principled and long-term security and defence strategy. It is certainly no coincidence that the ‘Strategic Compass for Security and Defence of the EU’ is also confronted with the question of whether this ‘compass’ is just a ‘wind chime’.

In a manner that was certainly not intended, the constitutional requirement of a parliamentary decision on the deployment of armed forces abroad, as established by the Federal Constitutional Court in 1994 in its ruling on the ‘Out of Area’ missions, reflects this ‘ad hocism’.

Parliamentary involvement in the decision on Bundeswehr missions abroad only concern individual cases (deployments limited in time). The concept of the parliamentary decision on the deployment of armed forces abroad is based on the double compensatory function that the Federal Constitutional Court associates with it: On the one hand, the requirement should compensate for the substantial indeterminacy of the constitutional constraints of a deployment of armed forces abroad. On the other hand, it was intended to counterbalance the far-reaching powers of the federal government in the progressive development of international treaties. The court wanted to adjust the resulting power imbalance in favor of the executive branch by strengthening parliamentary participation in the individual deployment decisions.

By contrast, it is the established understanding of Article 59 (2) of the Basic Law and the requirement of ‘consent or participation, in the form of a federal law,’ of the ‘bodies responsible in such a case for the enactment of federal law’ that this only applies to the formal conclusion of international treaties and formal treaty amendments. If the ‘age of treaties’ is over and ‘jurisgenerative processes’ in security law are shifting to the informal, while security-related activities are taking place outside of formal international organizations, the requirement for parliamentary participation is largely inapplicable (beyond the decision on the foreign deployment of the armed forces in individual cases).

Informal developments in international security governance thus regularly fall into a procedural ‘gap’ between parliamentary participation in the conclusion of treaties as an exercise of its legislative and control functions, on the one hand, and parliamentary decision-making on the deployment of the armed forces abroad in individual cases, on the other. This affects parliamentary oversight of the executive but also the legislative function of parliament in areas sensitive to fundamental rights. Parliament’s law-making power is restricted not only by legislative treaties but also by the Federal Republic’s de facto involvement in informal structures and cooperative ventures and the resulting ties. The balance of power between parliament and government, as redefined by the Federal Constitutional Court through the requirement of a parliamentary decision on each individual deployment of the armed forces abroad, has thus shifted to the disadvantage of parliament as a result of the informalization of international security governance.

Prospects for a Sustainable Security Strategy

How could we nevertheless achieve an increased involvement of parliament and the public? Which institutional approaches would be promising in this regard? An increased involvement of parliament and the public would enhance the legitimacy of informal international processes in which the Federal Republic of Germany participates. Answers to the legitimacy problem of informal governance (which is admittedly to be evaluated in a differentiated manner when compared to traditional international law) are certainly to be found in these processes themselves and in ‘procedural meta-norms’ discussed in the international law literature. Relevant factors include the respective actor, the transparency, the openness and the neutrality of the procedures in which informal norms (which influence the norms of formal international law) are established, as well as the substantive quality, consistency, general acceptance and objectivity of the norm.

These criteria suggest that domestic procedures must also play a role. Answers to the legitimacy problem of informal governance must thus also be sought in foreign relations law. The question lies thus in how far the Bundestag, with its deployment decisions (not only within the framework of NATO and the EU, but also of ‘coalitions of the willing’) which are taken in an almost routine manner, fulfils its publicity, oversight and legislative functions in foreign and security policy matters. Parliament’s difficulties with its decisions on the deployment of armed forces abroad, which is considered to be a particular relevant aspect of the ‘parliamentarization’ of foreign affairs, are thus exemplary for how parliaments cope with informal processes of international (security) governance in general.

In a different context, the complex legal concept of ‘responsibility for integration’ (Integrationsverantwortung), as developed by the Federal Constitutional Court, has been brought into play as a means of strengthening parliamentary participation in international soft law processes. However, in light of the variety of informal instruments and their diverse effects, a comprehensive answer has not yet been found. Rather, parliaments seem to be structurally overburdened with the control of a new mode of governance. In addition, as is often noted internationally, parliaments lack a ‘culture of democratic scrutiny’ of the executive in foreign affairs. Parliamentary initiatives and resolutions are by no means excluded here. To facilitate them, the foreign and security policy structures, procedures and capacities of parliament must be strengthened. This is something that needs to be considered. The solution will not come down to a ‘reformalization’ of informalized international governance at the domestic level. A longer-term orientation of policy approaches may also remain wishful thinking. Nonetheless, domestic procedures for legitimizing informal international action need to be reviewed. In this regard, parliamentary committees and their interaction are of central importance. 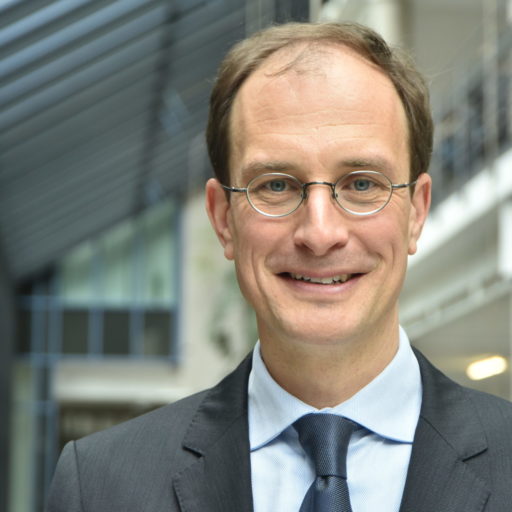