The Conference on the Future of Europe – Finally, an opportunity for more top-down bureaucracy?

On Wednesday, 10 March, the Presidents of the European Commission, the European Parliament (EP), and the Presidency of the Council signed the Joint Declaration on the Future of Europe. It establishes a Conference on the Future of Europe (CoFoE), which is intended to give citizens a greater say over the political agenda for the years to come. It is set to be launched on 9 May 2021 – the official Europe day – a year after its intended start date. This one-year delay is not only owed to the Covid-19 pandemic, but also caused by inter-institutional skirmishes over the CoFoE’s leadership and governance structure. While the Joint Declaration advertises the CoFoE as a „citizens-focused, bottom-up exercise“ [emphasis in original], it is fair to say that from the start, the Conference has been everything but a citizen-led initiative.

Inter-institutional wrangling over the governance structure of the Conference

The idea of holding a CoFoE was first aired by French President Emmanuel Macron in an opinion piece published in several newspapers across Europe in March 2019, in a move to raise his profile as the leader of the decidedly pro-European Renew Europe movement. Encouraged by the overall increase in voter turnout at the 2019 European Parliament elections, the newly appointed Commission under the helm of Ursula von der Leyen integrated the idea of the CoFoE in its Political Priorities, advertising it as a “new push for democracy.”

This idealistic framing soon gave way to the inter-institutional wrestling reminiscent of the assignment of top positions in the EU after EP elections. The row between the EP and the Member States over who should chair the conference illustrate that the CoFoE is a top-down initiative. Its governance structure confirms an iron-clad rule of EU politics: Inter-institutional compromises tend to produce lowest common denominator solutions and foster bureaucratic expansionism. Thus, the Conference will be chaired by a Joint Presidency composed of the Presidents of the EP, the Commission and the rotating Council Presidency. The Joint Presidency will be assisted by an Executive Board, whose tasks are primarily administrative, and which will, in turn, also be co-chaired by representatives from the three institutions. Alongside these representatives, each EU body may nominate four additional observers – an apparent compromise for the EP to alleviate concerns raised by smaller party groups about being side-lined in the process. In an additional bureaucratic layer, the work of the Executive Board will be assisted by a Common Secretariat “of limited size and ensuring equal representation of the three institutions.”

A Conference Plenary will constitute the interface with the citizens’ panels at the European and Member State level. It will be composed of representatives from the EU institutions, the national parliaments, the committee of the Regions and the Economic and Social Committee, the social partners, civil society organizations and ordinary citizens. A multilingual digital platform serves as a gateway for online submissions by citizens and stakeholders from civil society and business. It can be questioned whether the intricate the governance structure which has been the object of protracted squabbling will have any added value in guaranteeing that the voices of European citizens are indeed given greater weight in the debate. Relatedly, it remains unclear how exactly the CoFoE would be able to activate citizens from less affluent and educated segments in society that are known to be least likely to participate in politics, let alone EU affairs.

Beyond the bureaucratic governance structure, the scope of the CoFoE also raises suspicions that it may be nothing more than “organized hypocrisy”: An exercise in “democratizing” the EU that yields only symbolic results. Worse, it risks frustrating citizen participation because high expectations will not live up to the political realities of the EU. As the inception of the CoFoE has once again illustrated, it may merely react to initiatives led by political elites. What is more, any substantive reform towards a democratization of the EU will require, at the very least, inter-institutional compromise and in many cases unanimity in the Council. Even reforms that stop short of full-fledged treaty amendments, such as the introduction of transnational party lists for elections to the EP, face this hurdle.

For the CoFoE to be a meaningful democratic endeavour that lives up to its grandiose announcement of being citizens-focused, it will require more than a commitment to a fair representation of citizen panels in terms geographic origin, gender, age, socioeconomic background and/or educational attainment – although these considerations are necessary and important. As a working document drafted by the Committee on Constitutional Affairs (AFCO) has rightly expressed, “from the outset, citizens must be able to understand and assess whether and how exactly their involvement and input finally feed into political decision-making.”

Yet the Joint Declaration reflects ambivalence and undecidedness when it comes to this question. It remains vague with regard to the feedback mechanism envisaged to transform citizens’ input into concrete recommendations and subsequent political action. While citizens are supposed to be free to bring up issues that matter to them, and the Plenary ought to ensure that topics “are debated without a predetermined outcome and without limiting the scope to pre-defined policy areas”, the Declaration reflects the Council’s position that “[t]he scope of the Conference should reflect the areas where the European Union has the competence to act or where European Union action would have been to the benefit of European citizens.” In the same vein, the Declaration includes a reference to the Commission Political Guidelines 2019–2024 and the Strategic Agenda of the European Council as the frameworks for potential topics to be addressed by the CoFoE.

But what if the issues that matter to citizens are beyond the EU’s competences, although citizens would like them to be? For instance, what if consensus emerged in the citizens’ panels or the Conference Plenary on the need to extend the Union’s competence in the context of civil protection and public health, including stronger powers to coordinate border closures? What if a majority of citizens called for a fiscal union that would give the Commission the power to levy taxes and to spend without the restrictions of a balanced budget laid down in Art. 310 TFEU? Or conversely, what if citizens agreed on the need to abolish the Common Agricultural Policy altogether? All these proposals would require a change of the Treaties in accordance with the ordinary amendment procedure (Art. 48 (2) TEU), entailing an intergovernmental conference that would need to agree unanimously to Treaty amendments and a subsequent veto-prone ratification process in all 27 Member States. While the EP has been the most forceful proponent of a reform process that should include amendments to the Treaties and re-configure the balance of power in the EU, the Joint Declaration reflects the Council’s reluctance towards such a step and avoids any reference to Treaty changes. Two decades after the Convention on the Future of Europe set out to draft a Treaty establishing a Constitution for Europe, which was subsequently rejected in referenda in France and the Netherlands, Treaty reforms have become somewhat of a daunting task for Member State governments.

Citizen participation in the EU – lessons from the European Citizens’ Initiative

The history of citizen participation in the EU is one of disillusionment, as exemplified by the European Citizens’ Initiative (ECI). Macron himself initially raised the expectations of the CoFoE very high. He considered Treaty changes no anathema and proclaimed a Europe in which “the peoples will really take back control of their future.” Likewise, when the ECI was introduced in the Treaty of Lisbon, there were hopes that it would become an instrument of direct and participatory democracy to complement the principle of representative democracy, enshrined in Art. 10 TEU.

In practice, the restriction of ECIs to matters that fall within the scope of the Commission’s legislative right of initiative and the strict interpretation of its prerogatives have caused most ECIs to fail at the registration stage. Even a formally successful ECI does not oblige the Commission to follow up with a legislative proposal. Of all ECIs that fulfilled the criteria, only one (Ban Glyphosate) has thus far resulted in legislative action – although an all-out ban of the herbicide was rejected by the Commission. What is more, it took a decision by the CJEU to establish that an ECI may also be directed at rejection or amendment of a legislative act, and that this is a legitimate expression of citizen participation in the democratic process of the EU, which neither interferes with the legislative process nor undermines the institutional balance.

Against this backdrop, it is everything but certain that the CoFoE will spur legislative action on topics debated in citizens’ panels and the Conference Plenary, let alone induce treaty amendments. This is by design. The Joint Declaration merely makes a commitment to “to listen to Europeans and to follow up on the recommendations made by Conference”.

A realist view of citizens on the Conference?

The disconnect between the citizens and the EU is patently obvious. A recent Eurobarometer survey revealed that a vast majority of citizens (92%) in the EU believes that their voice should be taken into account more when making decisions related to the future of the EU. A majority of 55% deem voting in European elections as the most effective way to make their voices heard in EU politics, while participating in an ECI ranks far off at only 9%, even behind the participation in online consultations (10%). However, when it comes to the most important actors to be involved in the CoFoE, EU institutions are only ranked at a fifth place (31%), roughly 10 percentage points behind national governments (42%). Although a majority of respondents (51%) mention “ordinary citizens” as the most important actors to be involved, this item being the top choice in ten countries, national governments are the top choice among respondents in seven countries. These results indicate not only varying preferences across Member States about the key actors in the CoFoE, but also show that overall, citizens may indeed be aware of the preponderant role that Member State governments will play in deciding on the future of the EU. At any rate, citizens should reserve a healthy dose of realism about the prospects of being empowered to take control of the future of the EU. Indeed, “[c]itizens never ever had that control.”

Explore posts related to this:
Conference on the Future of Europe, European Union 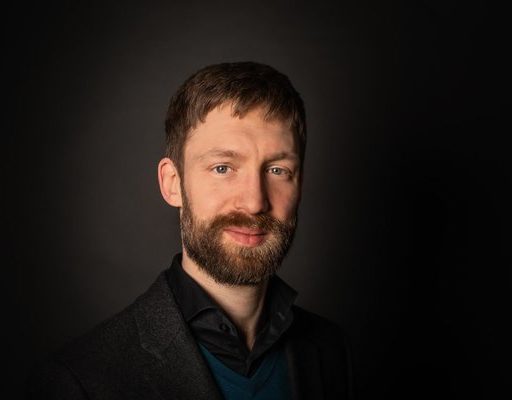 Explore posts related to this:
Conference on the Future of Europe, European Union