„Colorblindness is the norm“

Prof. Haney-López, how do you think the Supreme Court will decide on the NYPD‘s stop-and-frisk practice?

It is unclear whether the Supreme Court will agree to hear any eventual appeal. That said, the underlying facts of the case highlight a basic inconsistency – or hypocrisy – in colorblind reasoning. Conservatives on the Supreme Court insist they are implacably hostile to any use of race, yet the state repeatedly uses race in many situations, especially in the police context and in enforcing immigration laws. In these areas, where race often becomes a basis for expressing suspicion of nonwhite persons and frequently results in the demeaning experience of being stopped and interrogated by state agents, the conservative apostles of colorblindness suddenly change their tune, and typically see nothing wrong with the state using race to treat people very differently. Perhaps the best example of this is Johnson v. California (2004), where the Court struck down the California practice of racially segregating prison inmates. Astoundingly, Clarence Thomas and Antonin Scalia dissented, objecting that colorblindness had no role in the special circumstances associated with prisons. Among conservative jurists, colorblindness is an inviolate principle when it can be used to undercut efforts to promote integration; but it is an inconvenient doctrine easily set aside when oppressive uses of race are called into question.

What does the term „colorblindness“ mean in this context and where did it originate?

Colorblindness is a very powerful term. It originates in this 1896 case Plessy vs. Ferguson, which is a whitely reviled case in the United States. It’s Plessy vs. Ferguson, where the Supreme Court first confronts the question whether states can forcibly mandate racial separation in all sorts of spheres of public life. From transportation to schooling to courthouses to movie theaters to restaurants. When the Supreme Court does so, eight of the nine justices say, “Yes, racial segregation mandated by law is constitutional.” But one of them, John Marshall Harlan, dissents. And he says, “Our constitution is colorblind and knows no caste.” Historically, we could talk about what Justice Harlan meant, but what’s important is, that this was the rejected position. The term colorblindness then came to signify a general resistance to racial segregation. It was later adopted by the civil rights movement during the 1940s and 1950s.

Colorblindness was the goal of the movement?

How did this play out in practice?

Immediately after the US Supreme Court began the process of dismantling American Apartheid, this is, in 1954 with Brown vs. Board of Education, all of the sudden you see conservatives adopt the language of colorblindness. They start to say, “The constitution is colorblind, and the state cannot notice race to segregate – or to integrate.” This version of colorblindness is now dominant on the Supreme Court today, and is being used in a number of different cases: The state is wrong when it tries to use race as a basis for integration of previously segregated schools. In Ricci vs. De Stephano of 2009, which dealt with a test used for promotions in the New Haven fire-fighting department, the Supreme Court went so far as to say that colorblindness is violated when the state notices race in order to prevent discrimination. The Court argued, that one of the federal statutes that is designed to end racial discrimination itself is racial discrimination because it requires that race be noticed. The five conservative even argued, “By talking about the discrimination of minorities, you discriminate against Whites.”

What role did colorblindness play in Fisher vs. University of Texas?

Colorblindness was the elephant in the room in Fisher. Four justices — Roberts, Scalia, Thomas, and Alito — stand prepared to use colorblindness to end race-conscious corrective efforts like affirmative action. Kennedy, who wrote the Fisher opinion, is also hostile to affirmative action, but so far has hesitated to adopt the straightjacket of colorblind reasoning, which rejects the notion that promoting racial integration is socially beneficial. Reflecting this hesitancy, Kennedy wrote an opinion that at once imperils affirmative action by imposing onerous rules regarding the need to prove there are no alternatives, and yet stopped short of declaring affirmative action unconstitutional in all cases. In other words, this was death by a thousand cuts, rather than in a single blow.

What is the state of anti-discrimination law in the United States today?

What form of understanding of racism in the American society is the basis for this jurisdiction?

It is the claim that we are now living in a post-racial society. Post-raciality as a claim about social reality is actually coming out of a conservative response to the civil rights movement that says, “a) We’ve solved the racial problems, so, b) we don’t need to do anything else.” It isn’t the old conservatism that says racial hierarchy is just fine and we want to defend white dominance. This is a new sort of conservatism that says we too believe in racial equality, we too really oppose Jim Crow segregation laws and Apartheid, but the civil rights laws have been successful, they’ve solved the race problems. And now you need to get back to the bottom line: we don’t need to do anything more about race. Then they turn around and say, “All of you lefty liberal types who keep talking of race, you’re the real racists, because you’re constantly trying to provoke racial divisions by complaining about racism.” So, what they call „colorblindness“ is really a very potent conservative attack.

What would be an adequate progressive reaction?

We need to talk about race and racism again. The silence of the liberals on race and racism has allowed conservatives to capture and redefine the meaning of the term racism. In the course of the civil rights movement, we came to understand that racism is not only personal bigotry. Racism is also deeply embedded in culture and built into the structures of society, for example, access to schools or to jobs. But we have lost those alternative meanings of racism over the last 40 years. And we’ve seen conservatives define racism as only personal bigotry. If liberals don’t contest that, then we really have no language in which to talk about the way in which racism continues to be a problem in society.

Does that mean conservatives must express themselves in a more subtle way?

That’s exactly right. “Race” is basically a story that connects up culture, temperament, behavior and biology. An old version of racism put the biology first. For example, somebody is Black, and we know from their black skin that they are intellectually stupid, criminal and dirty. We know that if somebody is Latin or Mexican, that they are likely cowardly, criminal, and lazy. The new racism drops explicit references to biology, maintains the old stereotypes, but insists that since it never mentions biology, it can’t possibly be racism. So, the new discourse in the United States is one about lazy people on welfare, criminals, illegal aliens invading the country, and all of these terms strongly trigger old racial stereotypes. But so long as conservatives don’t mention biology, or don’t use a name like „the black“, let alone racial epithets like „wetback“, they can claim they are not talking about race. So what we are seeing here is a coded way to continually talk about race, and yet to insist that since no reference to biology is made, race can’t possibly be part of the conversation

That sounds as if American racism had been almost fundamentally transformed. Would you say that this is a form of success for the civil rights movement or have conservatives won ground through this subtle form? Where would you say is the state of emancipation in the US today vs. 50 years ago?

I think it’s a very mixed result. The greatest success can be measured in the fact that the caste like nature of racism is now over. 50 years ago in the United States, race had a caste-like feature in that almost all minorities were worse off than almost all Whites. Today, there is a much larger African American middle-class, a much larger Hispanic middle-class. That is a real measure of progress. As part of that, Barack Obama’s election is a harbinger of incredible changes in how race works in the United States, so we need to acknowledge that there have been major changes. There are now opportunities of inclusion in the United States for people who would have been previously excluded.

That being said, it would be naive to think that race in the United States has gone away. You come to any American city and you see the way in which race correlates to poverty, the way in which race correlates to privilege, or you look at the United States Congress for example. Or the board rooms of American corporations. You can see that race continues to be really powerful.

The interview was conducted by Doris Liebscher and Carl Melchers and was first published in Jungle World 34/2013 in an abridged version. 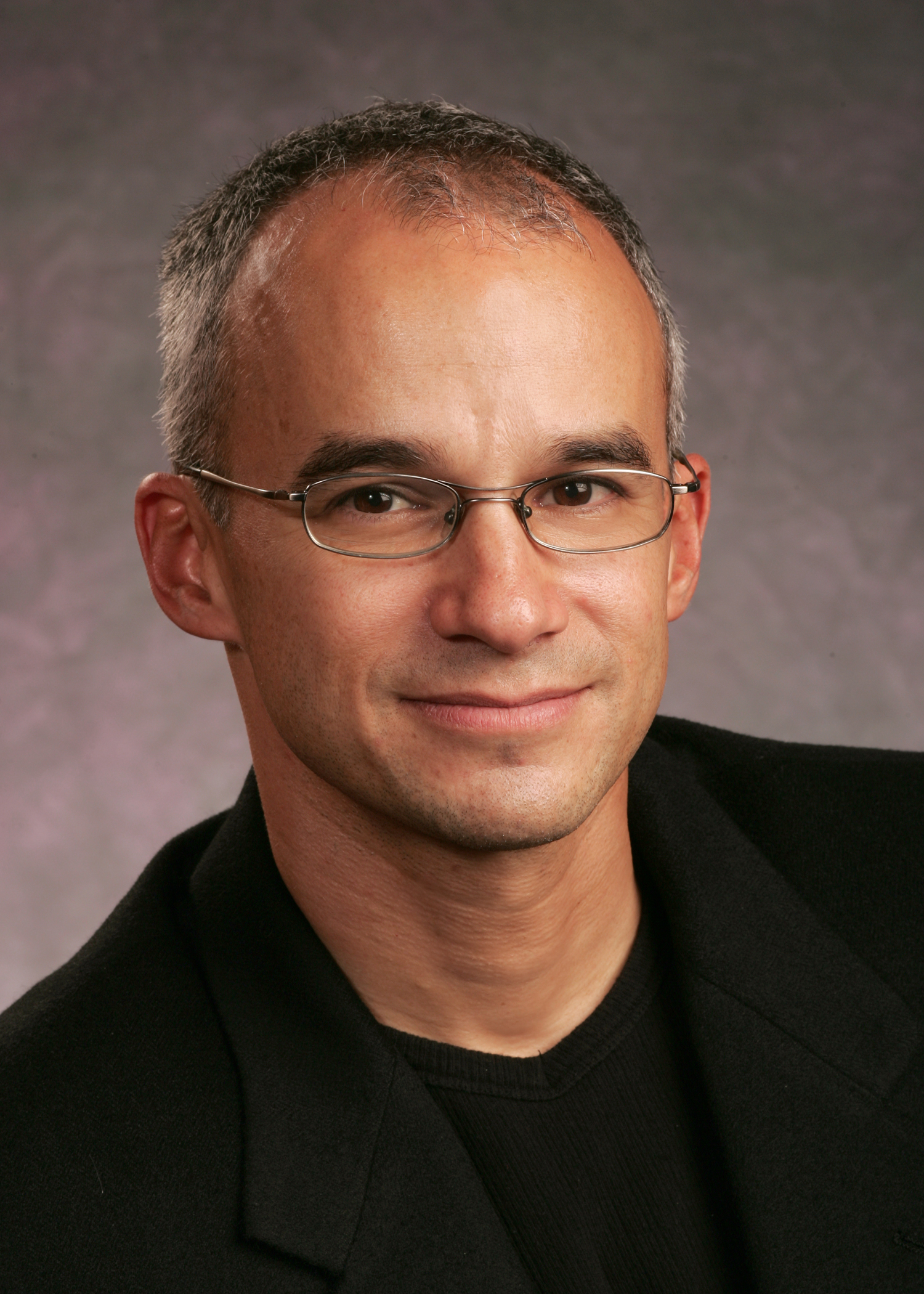