Recently, the German Federal Constitutional Court (FCC) has decided that certain cuts on wages for civil servants in the Land Baden-Württemberg are unconstitutional because they violate the principle of equitable and equal alimentation according to Art. 33(5) of the German Basic Law. The judgment reveals interesting parallels to the jurisprudence of the Portuguese Constitutional Court (PCC) regarding pay cuts for public employees in the context of austerity measures during the Eurozone crisis. Both courts rely on the principle of equality and require the legislator to provide a reasoned justification during the legislative procedure as well as the explicit consideration of alternative measures. While this form of proceduralization of judicial review significantly interferes with the political margin of appreciation of the legislator, it also sets clear limits to austerity measures. It establishes a constitutional answer to the so-called “there is no alternative” (TINA) rhetoric that has largely dominated the political discourse on budgetary consolidation in the past. From this perspective, this line of jurisprudence allows for opening up a political and constitutional discourse that has become somewhat colonized by purely economic and financial considerations.

Civil servants cannot be subjected to greater burdens than others

The German FCC had to decide on the constitutionality of a provision of the Remuneration Act of the Land Baden-Württemberg according to which the basic remuneration and any additional allowances paid inter alia to judges during the first three years of service have been cut by eight percent. Shortly before this measure, a four-percent cut had already been put in place. This case exclusively concerned a particular group of public servants, whereas Portuguese pay cuts over the last years concerned all public employees (extended English summaries available for the rulings delivered in 2012, 2013, and 2014a and 2014b). Therefore, the FCC had to decide on the issue of equal treatment amongst public servants (principle of equal alimentation), while its Portuguese counterpart had to decide about the equal treatments of employees in the public and in the private sector (equality before public burdens).

However, in an obiter dictum the FCC nonetheless stated that while pay cuts for civil servants based on purely financial considerations are only possible in exceptional fiscal situations, civil servants are in general not expected to shoulder more financial burdens than other groups. The FCC decided that pay cuts for civil servants always interfere with the principle of equitable alimentation, which requires remuneration based on the actual tasks and responsibilities of the respective office. Therefore, the object of fiscal consolidation alone does not justify additional sacrifices of civil servants. Instead, in assessing the constitutionality of pay cuts for civil servants, the cumulative effects of various measures and cuts have to be taken into consideration. Also, the legislator has to make sure that civil servants entrusted with the same tasks are treated equally even when it comes to additional financial burdens. In the case at hand, these requirements were not fulfilled as the additional cut only applied to R1-judges who have just entered public service whereas R1-judges that have already been in service were not affected.

The reasoning of the FCC is fully in line with the reasoning applied by the PCC in its austerity jurisprudence between 2011 and 2014. While the PCC accepted a first round of pay cuts in the light of the severe and exceptional financial crisis, it later applied a stricter standard. The PCC based its reasoning on a peculiar interpretation of the principle of proportional equality that requires public pay cuts to be proportionate both to the pursued goal but also when compared with the financial burden shouldered by other societal groups. Hence, while public employees can be expected to shoulder significant financial burdens in a situation of extreme financial emergency, in the long run there has to be a fair distribution of public financial burdens amongst the different groups of society.

A core line of reasoning in the FCC’s recent judgment is that if the legislator wishes to cut remuneration for civil servants for the sake of fiscal consolidation, it needs to provide a “coherent and comprehensive concept of budget consolidation”. Although the legislator in principle only owes a valid law, cuts in civil servant remuneration need procedural safeguards according to the FCC’s second senate. Because the principle of equitable remuneration does not require a particular amount, constitutional demands can only be effectively met if review is based on procedural requirements. This line of reasoning is not new, but has long been developed by the second senate of the FCC (see only here). While for the first senate it suffices that the legislator can provide a justification for a given law that is in line with the constitution during the proceedings (on the debate see here), the second senate requires the legislator to prove that such a reasoned debate has already taken place during the legislative procedure. Hence, a mere constitutional justifiability is not enough. The judges of the second senate argue that otherwise the intended added rationalization of the legislative process could not be guaranteed. After all, the whole idea of a duty to justify pay cuts is that the legislator really takes into consideration the relevant and sometimes contradictory constitutional requirements, assesses different possible measures to reach the intended goal and fully considers the consequences of the respective measures for the affected civil servants. Similarly, the PCC required the Portuguese legislator to provide a sound justification of the respective pay cuts and show that it has considered the opposing interests and constitutional demands at stake.

The PCC decided that the legislator, when deciding pay cuts for public employees, needs to actively consider alternative measures that would also lead to the aspired fiscal consolidation. Hence, it suggested that the legislator in particular also considers complementing or substituting pay cuts with higher tax rates to a certain extent. Moreover, in its first decision on pay cuts (Portuguese only) during the Eurozone crisis, it explicitly justified the cuts by reference to the coherent and rational strategy of the legislator that also included raising tax rates and cutting other public expenditure.

The requirement for a coherent strategy also echoes in the FCC’s recent judgment. The German court however, goes even beyond the requirements developed by the PCC. According to the FCC, a strategy requires that the legislator first clearly defines the aim pursued in a quantifiable manner. Next, the legislator has to consider different possible measures that can contribute to the pre-defined goal. Notably, the legislator is required to give reasons for why a particular measure has been chosen and not another and in how far the chosen measure leads to achieving the desired result or still needs to be complemented by other measures. In the view of the FCC, such a detailed justification is necessary to assess the coherence and plausibility of the measures under review. Although such reasoning was not fully articulated in the PCC’s initial case law, a systematic reading of the rulings points to the same conclusion. Initially, the court was very receptive towards the legislator’s argument that the urgent need to address the budgetary imbalance required the adoption of cuts in public wages as this was an evidently apt mechanism to swiftly reduce public expenditure. However, as time passed by, the Portuguese top court progressively demanded that the legislator devised other political options to cope with the financial situation as well as provided not only a stronger justification for the restrictions but also the different possible alternatives.

In demanding not only that the legislator thoroughly discusses austerity measures, but also requiring the cuts to be part of a coherent concept to achieve the pursued fiscal goal, the two courts at first sight restrict the discretion of the legislator. However, a different assessment of the judgments lends itself to support. By clarifying that the mere reference to a fiscal consolidation and the need for austerity does not in itself justify public pay cuts, the two courts set clear limits to economic arguments as trumps in constitutional discourse. Both courts have managed to establish constitutional requirements that set meaningful and perceptible limits to a purely economic rationale. By doing so, they have strengthened the relevance of their respective constitutions as points of reference for the political handling of economic and fiscal crises. In this sense, the developed constitutional requirements may also serve to ensure the openness of the political discourse about crisis reaction by requiring the legislator to explicitly consider alternatives and to assess the fundamental rights consequences of the measures taken.

Of course, one might argue that the democratic legislator should be free to even neglect alternative political options. Such an argument however, ignores the factual circumstances of political and parliamentary decision-making in times of exceptional financial situations. Typically, in these situations the parliamentary debates are strongly accelerated, dominated by governmental financial expert opinion and, under the urgent threat of financial collapse, do not leave room for the thorough deliberation of potential alternatives. In that respect, there is a clear distinction between the PCC and the FCC. While the former has developed its jurisprudence in an acute financial crisis, the latter was not confronted with a political debate based on fiscal emergency. The PCC made it explicit that it allows the legislator more discretion in times of an acute fiscal threat, but that the standard of review becomes stricter the longer the crisis lasts. Thereby the PCC ensures that considerations and discursive limitations that have been expectable in times of fiscal emergency do not persistently limit the legislative debate.

The FCC’s judgment, on the other hand, can be understood as a clarification and adaption of constitutional requirements in the light of a recent constitutional amendment. Lifting the debt brake to the constitutional level, however, does not mean that fiscal arguments in and of themselves become trumps in any constitutional discourse. Nor is the constitutional commitment to sound public finances a justification for cutting off political discourse with a reference to a lack of viable alternatives. Such a commitment does not predetermine the means by which to achieve the end, nor does it discredit a particular political option automatically. By clarifying that the debt brake cannot serve per se as a justification for whatever austerity measure, the FCC, just like the PCC, has re-articulated the constitutional standard in times of fiscal consolidation and strengthened the constitution’s role as the core normative reference point of our political community. From this perspective, the judgments of the two constitutional courts can be understood as an attempt to ensure through procedural requirements that the political discourse is actually kept open and that fundamental rights are duly taken into account even in times of crisis.

Other posts about this region:
Deutschland, Portugal 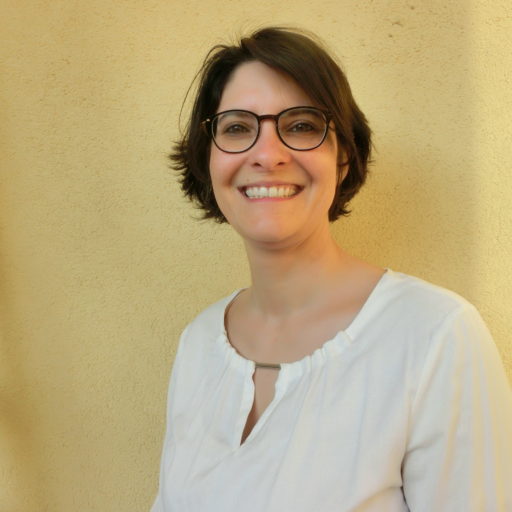 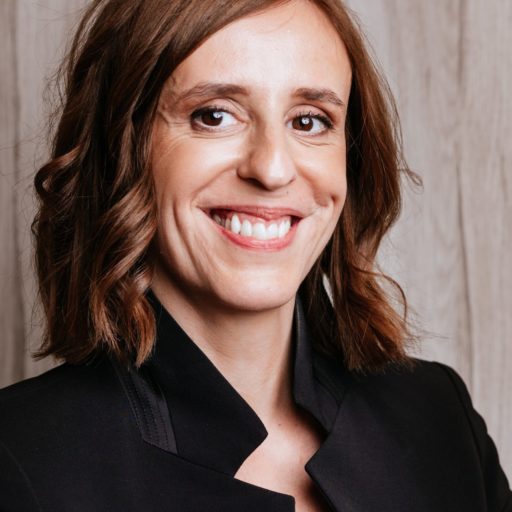 Other posts about this region:
Deutschland, Portugal No Comments Join the discussion