Conditionality Mechanism: What’s In It?

As from 1 January 2021 the Regulation on a general regime of conditionality for the protection of the Union budget will become applicable. A lot has been said about the outcome of the negotiation process of this new regulation for which all parties involved claimed victory, as it is usually the case once an agreement is reached. Comments in press ranged from the expression of disappointment to the label of a success story. We would like to take this as an opportunity to evaluate the outcome from the personal perspective of two people engaged in the process of the negotiations at opposite sides – the European Parliament on the one side and the Council of the EU on the other side.

The trilogue meetings between the European Parliament and the Council started off with many contradictory positions. One of the main issues of the negotiations was the scope and aim of the regulation. The discussions around this issue were very much determined by the legal standpoints of the institutions. The second big issue was the procedure for the adoption of measures, in particular with regard to the so called emergency brake. On top, it is part of the saga of the emergence of the conditionality mechanism that after the provisional agreement of the European Parliament and the Council had been reached, it was used by certain Member States to block in Council the adoption of the MFF Regulation and the Own Resources Decision. This deadlock was eventually resolved by interpretative conclusions of the European Council. This declaration, even though political in nature, may very well have an actual impact of the application of the regulation. It is the third issue that we discuss below.

(1) Scope and aim of the regulation

As already outlined by Dimitrovs in an earlier contribution, throughout the process of the trilogues, the European Parliament was pressing for an expansion of the scope of the regulation, while the Council was pledging for a more restrictive approach. These different approaches, which can best be summarized whether the aim of the regulation was to protect the rule of law principle through the protection of the EU budget (European Parliament) or to protect the EU budget through the protection of the rule of law (Council), rested on the political negotiation mandates of the two institutions, but were also closely linked to their respective legal standpoints.

The Council relied on the opinion of its Legal Service (CLS), which argued that the regulation on the conditionality mechanism must not pursue the same aim as the procedure envisaged in Article 7 TEU. As a consequence, the CLS claimed that the final text of the regulation would need to make sure that infringements of the principle of the rule of law can be clearly identified and have a concrete and traceable impact on the implementation of the EU budget, allowing the Commission to be capable to demonstrate the budgetary effect of such an infringement through serious and reasonable elements of proof. It further argued that the financial consequences of a violation should be calculated on the basis of the gravity of the actual or potential impact on the financial interests of the Union, and not only on the basis of the severeness of the the breaches of the rule of law.

The European Parliament, instead, did not or at least not entirely share the legal concerns of the Council. It was backed by legal literature that put into question the reasoning of the Council Legal Service, in particular with regard to the lex specialis doctrine of Article 7 TEU. In particular, it relied on the fact that the Commission in the case of Poland addressed the same facts through the prism of Article 7 proposal and infringement procedure – thus highlighting the non-exclusive nature of Article 7. Consequently, the EP opted for a wider approach, focusing on a broad understanding of the protection of the rule of law principle.

The compromise that was found eventually combines both, the legal soundness that was requested by Council and the ambitious approach defended by Parliament. The regulation does not anymore refer to „generalised deficiencies“ as originally proposed by the Commission, giving in to the concern raised that this term does not provide sufficient legal certainty. The European Parliament had addressed this issue by adding a more detailed explanation in its position (Article 2 (a)), while Council had argued for the use of the term „breaches“ instead, picking up a legal terminology known from other areas of law. The new terminology is supported by a non-exhaustive list of possible breaches of the principles of the rule of law in Article 3.

Further, Council had held the view that there was a need for a clear conditio sine qua non between breaches of the rule of law and its effects on the EU budget („affect[s] in a sufficiently direct way the […] EU budget“), whereas Parliament defended the initial Commission proposal („affects or risks affecting“), underlining the preventive nature of the regulation. The final text takes up both elements: the adoption of preventive measures in order to avoid negative budgetary effects is a well established mechanism in the EU financial regulation and therefore not entirely new in terms of legal certainty, at the same time „in a sufficiently direct way“ reinforces the level of proof to be provided by the Commission when proposing measures according to the regulation.

Lastly, in Article 5(3), the regulation eventually makes clear that the proportionality of measures proposed by the Commission at first „shall be determined in the light of the actual or potential impact of the breaches of the principles of the rule of law on the […] EU budget“, and only then „duly taking into account [the nature, duration, gravity and scope of the breaches of the rule of law]“, reflecting that it is the prime aim of the regulation to protect the sound financial management of the EU budget and the financial interests of the Union through the protection of the rule of law principle.

(2) Procedure for the adoption of measures

When comparing the timeframe proposed by the Council and the European Parliament for the adoption of measures in their respective positions, it becomes obvious that the European Parliament strove for a rather short procedure, whereas Council requested some more time. The outcome is a classic compromise, with, however, two special features.

The other feature is obviously the so-called emergency brake that was introduced into the legal text on pressure from the Council. This „brake“ is enshrined in Recital 26 of the regulation and gives a Member State the possibility to ask the President of the European Council to refer its case to the next meeting of the European Council before the Council votes on the measures proposed by the Commission. In such exceptional circumstances, this process – request for referral and debate in EUCO – must not take more time than three months after the Commission has adopted the measures in question.

It is worth noticing, however, that this mechanism is not put down in an article but only in a recital. As already stated by others, the reason for this is that the European Council is not a legislative body (Article 15(1) TEU). It can therefore neither replace nor suspend the voting in Council. Consequently, the European Council cannot stop the adoption of measures, as the name „emergency brake“ suggests, but can at most delay the voting process for a maximum of three months. The explicit reference in Article 6(10) of the regulation to Article 237 TFEU, requesting the Commission to use its rights to strive for a timely vote in Council within the given timeframe, underlines this reading. The „emergency brake“ is therefore mainly a symbolic win for those Member States most likely to be the first ones being targeted by measures proposed under the new regulation.

(3) EUCO Declaration on the conditionality mechanism

The emergence of the rule of law mechanism did not end after the provisional agreement of the European Parliament and the Council quite yet, but took an extra loop due to the blockage of the MFF package by two Member States. This blockage was only recently resolved by the conclusions of the European Council, to which the Commission has agreed ‘to the extent that they fall within the remit of its responsibilities’, while the European Parliament has strongly disagreed.

The declaration on the conditionality mechanism was heavily criticised for being unlawful by some authors, including by one of the two authors of this piece, as well as Scheppele/Pech/Platon and Alemanno/Chamon. The main critique arises from point 2 (c) of the declaration. According to this point, the Commission will not propose measures under the regulation until the ECJ has decided on a (yet to be submitted) action for annulment (Article 263 TFEU).

It is true that unlike in the legal orders of some Member States, in EU law there is no such thing as a judicial review before the adoption of a legal act (with the exception of international agreements under Article 218 (11) TFEU). Furthermore, Article 278 TFEU clearly states that legal actions brought before the ECJ have no suspensory effect, unless the Court decides otherwise (Article 160 – 162 of the Court’s Rules of Procedure).

Against this background, one can argue that, on the one hand, the commitment of the Commission not to apply the regulation before a decision of the ECJ infringes the institutional autonomy of the Court, because this would deprive the Court from its right to exceptionally grant the suspension of an operation. One other hand, it is not exclusive to the conditionality mechanism that it is a discretionary decision of the Commission to propose a measure when it has sufficient factual evidence and legal certainty to “win the case”. This does not per se force the ECJ to suspend the application of a legal act in individual cases. Consequently, there is an open question, how wide the Commission’s discretion is, and whether in some clear-cut cases the Commission’s failure to act can be addressed through the prism of Article 265 TFEU. In this context, it is also worth noticing that despite the Commission’s acknowledgement of the EUCO conclusions, at the same time it has declared that it will follow up all cases ex tunc „from day one“.

The evaluation of whether the conditionality mechanism is a success or a failure will – at least to some extend – always be dependent on the expectations that one has had at the start of the process. Depending on where you stay, you might argue that the regulation does not go far enough. The opposite goes for those interest groups that tried anything to prevent any kind of linkage of the budget with the rule of law principle. Putting all this together, Brussels apparently obtained what it is best at: it reached a compromise that makes everyone equally unhappy.

Explore posts related to this:
Rule of Law, conditionality 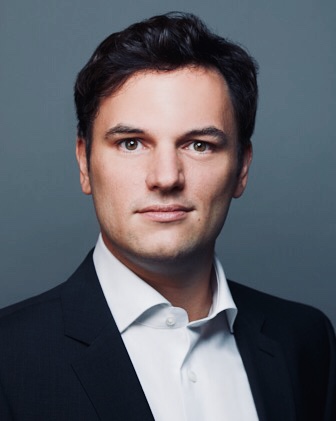 Explore posts related to this:
Rule of Law, conditionality