Consensus and the Crown

The late Queen was loved by many of those who felt no allegiance to her, and respected by many who did not love her. By contrast, prior to his accession, the new King had struggled to be respected, let alone loved. Will his Canadian subjects maintain their allegiance to him? The question, however inevitable, is largely idle in light of the political difficulties that any attempt to secure constitutional change in Canada has encountered for 30 years. The monarchy will remain, by default if not by desire, just as King Charles III rather than his more popular son succeeded regardless of his subjects’ feelings on the matter.

Any amendment to the Canadian constitution in relation to “the office of” the monarch or his representatives ― the Governor General of Canada and the Lieutenant Governors of the provinces ― requires authorisation by, at a minimum, the House of Commons of Canada and the legislative assembly of each province. Normally, the Senate of Canada is involved too, but obstruction from it can be overridden by a second vote of the House of Commons. Ostensibly, “amendment by unanimous consent”, as the Constitution Act, 1982 terms it, is the most demanding of the various amending procedures provided for different aspects of the constitution. In practice, however, there may be little to choose between the different amending formulae ― as Richard Albert has suggested, the addition of quasi-constitutional and indeed informal constraints to the law of Part V of the Constitution Act, 1982 means that any formal amendment to Canada’s constitution will be fiendishly difficult to secure.

Yet as this blog’s editor has suggested to me, there might be something interesting about the very fact that the process for abandoning the monarchy is clearly spelled out in the Constitution Act, 1982. Clarity, after all, is not its forte: we have learned that much from the Supreme Court of Canada’s hearings and opinions in 2013-14 on the constitutionality of various proposals for reforming the Senate and on attempts to clarify ― or change ― the eligibility to the Supreme Court itself. It is often maddeningly unclear which amendments must be done according to which procedure, and the Supreme Court’s opinion on Senate reform may have raised more questions than it answered. What’s different about the monarchy?

One theme of the abovementioned hearings on the Senate and Supreme Court reforms was that the amendment provisions of the Constitution Act, 1982 did not necessarily follow a grand coherent design. Instead, they reflected the immediate worries of their framers, especially of the provincial premiers whom Prime Minister Pierre Trudeau had to persuade to accept his project of patriating the constitution and enacting a Charter of Rights and Freedoms. Issues that were on people’s minds were addressed; others were not, or at least not effectively. Senate reform had been on the political agenda, so s 42 of the Constitution Act, 1982 refers to amendments to “the powers of the Senate and the method of selecting Senators”, as well as “the number of members by which a province is entitled to be represented in the Senate and the residence qualifications of Senators”. By contrast, no one seriously contemplated outright abolition of the Senate, so 30 years later the Supreme Court had to puzzle out the process for effectuating abolition by reading between the lines of the constitutional text.

The text’s explicit reference to the monarchy is, at one level, simply a consequence of the fact that the possibility of Canada becoming a republic would be on the table in the future was recognised by the politicians involved in the pre-patriation negotiations. Pierre Trudeau’s biographer John English has noted his “republican sensitivities” (which, as with so many others, did not prevent him from developing “an admiration, and eventually a fondness, for the Queen”). These were no secret; if anything, some might have made more of them than would have been justified. And so, an eventual abolition of the Canadian monarchy had to be addressed, and it was, by requiring the highest degree of consensus possible before it could be made to happen.

Monarchy and the Constitution

That said, whether or not any more elevated considerations entered the minds of the 1982 framers, there are in fact good reasons why any future decision to replace the monarchy with a republic ought to be conditional on the existence of broad consensus, and specifically of broad consensus involving the provinces. These reasons fall into two categories: the strictly constitutional ones on the one hand, and ones having to do with national identity on the other.

The constitutional reasons themselves are of two main kinds. First, there is the relationship between the monarchy and responsible government. A majority of the Supreme Court of Canada has cautioned, albeit in obiter dicta, that “[i]t may very well be that the principle of responsible government could, to the extent that it depends on … important royal powers, be entrenched to a substantial extent”. Of course, it would be possible to design a scheme of republican government for Canada and its provinces that would preserve the substance of “the principle of responsible government” as it now exists. But the point is that this is something that would need to be thought through if the monarchy were abandoned, and any substantial change to the system of responsible government would be so fundamental a transformation of the Canadian constitutional order that a requirement of consensus makes good sense.

Second, and relatedly, Canada being a monarchy imposes a symmetry on the constitutional arrangements of every province. The King is represented in each by a Lieutenant-Governor, whose position in the provincial constitution mirrors that of the Governor General ― and of the King, when he is available to act in his capacity as King of Canada ― in relation to the federal state. Every province, as well as the federal state, follows the Westminster system of responsible government. But if Canada were to become a republic, it is not obvious that the provinces should all set up the same kind of republican arrangements. A priori, there seems to be no reason why some should not be presidential republics while others prefer parliamentary republicanism. But perhaps there would be a desire to preserve the now-existing uniformity, possibly through some equivalent to the “guarantee clause” in the Constitution of the United States. Again, it makes good sense to ensure that the provinces ― all of the provinces ― are in agreement before any changes are actually made.

As for the reasons having to do with identity, they are perhaps best understood by contrast with Canada’s antipodean sister realms. Republic New Zealand welcomes visitors to its website by proclaiming that it is „campaigning for a Kiwi head of state”. On that of the Australian Republic Movement, you need to scroll down before being told that “You Should Be Represented By An Australian” ― but only a little. Antipodean republicanism is nationalism.

But, whatever one may think about that so far as New Zealand and Australia is concerned, nationalism creates special difficulties in the Canadian context. Rightly or wrongly, many in Québec will not be thrilled at the prospect of being “represented by a Canadian”, although, to be sure, many of the same people are no more thrilled at being subjects of the King of Canada (whom they misunderstand to be or indeed actively misrepresent as “the King of England”). But Québec nationalists are not the only ones who may not see themselves “represented” by a fellow Canadian.

Indeed, this is not simply a defect of Canadian unity, let alone a pathology of contemporary identity politics. Pierre Trudeau famously said ― in 1971 ― that “[t]here is no such thing as a model or ideal Canadian. What could be more absurd than the concept of an ‘all Canadian’ boy or girl? A society which emphasizes uniformity is one which creates intolerance and hate.” Even more famously, a few years earlier, the contest for the best way to complete the simile “as Canadian as…” was won by high school student Heather Scott’s “as Canadian as possible under the circumstances”. That Canadian identity is circumscribed, quite narrowly, by all manner of circumstances having to do both with Canada’s past and with its aspirations for the future is a feature, not a bug.

This has implications for any future decision to abandon the monarchy. Canada’s head of state, exactly like his subjects, is only as Canadian as possible under the circumstances. A judgment that the circumstances are now such that this position can be filled by a Canadian, with all the implications, however unintended, that this person would in some sense represent if not embody the nation ― that he or she would be that absurdity, the “‘all Canadian’ boy or girl” ―, requires careful consideration. Such a judgment must come from Canada in all of its diversity, which is to say Canada represented by its House of Commons and the provincial legislative assemblies. Just as the framers of the Constitution Act, 1982 required.

Other posts about this region:
Canada 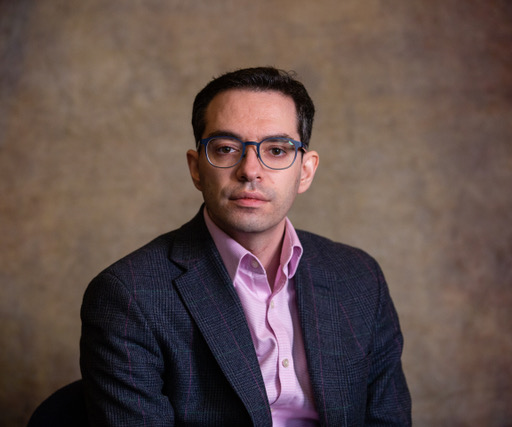 Leonid Sirota Dr Leonid Sirota is an Associate Professor at the Reading Law School, where he teaches public law, and the founder of the Double Aspect Blog.

Other posts about this region:
Canada No Comments Join the discussion
Go to Top