Constitutional Democracy and The Sound of (Academic) Silence

An Initial Reply to Jan Komárek

Jan Komárek has recently published a contribution in the European Constitutional Law Review that has already become controversial. He offers his perspective on what ‘European constitutional scholars’ are and should be doing. What they are doing, in short, is wrong and dangerous (for the profession). They are undermining the very idea of academic integrity, thus putting academic freedom in jeopardy, by abusing their academic power: individually (as in the case of Wojciech Sadurski and his scathing public criticism of the ruling Polish Law and Justice Party, for which he has been sued multiple times) and collectively (one example being the statement by a group of academics condemning the Weiss judgment by the BverfG). What they should be doing is, for Komárek, to limit themselves to what he takes to be the single ‘academic task’: the pursuit of knowledge, or – as Stanley Fish puts it – to ‘discover truths’. This is the only way, Komárek thinks, to protect ‘academic integrity’ and ‘trust in scientific expertise’ – and, ultimately, academic freedom.

In this initial, and necessarily brief, reply, I cannot engage with all the issues raised by Komárek’s contribution. I will limit myself to pointing out what I take to be the most problematic elements of his argument, leaving a fuller discussion for a later occasion.

Of the Argumentative Perils of Mixing Academic Apples and Oranges

First things first, it is unfortunate for Komárek’s own argument that he appears to bundle together cases that are very different from each other: like that of Sadurski mentioned above, and the one involving Dimitry Kochenov – at the time Professor of European Constitutional Law and Citizenship at the University of Groningen – and his consultancy activities with the Government of Malta on their ‘Individual Investor Programme’ (which included the issuing of EU passports to wealthy foreign investors). Komárek seems to think that these cases belong together because they both show academics engaging with ‘real-life issues’ and demonstrate the misuse of ‘academic power’. But in doing so, Komárek mixes academic apples with oranges, given that the questions generated by Kochenov’s case are of a very different kind from Sadurski’s. To put it briefly, and without entering into the substance of the accusations, Kochenov’s case prompted questions as to the effects of paid consultancies and additional, external roles on academic work. On this, Komárek has a strong point, one that many academics would agree with in a heartbeat. Even only apparent conflicts of interest can undermine the integrity of academic research and the trust by the general public in it, and this is clear in many fields beyond the legal one. As recently put by Liora Lazarus, ‘public confidence in academic independence must be safeguarded by a strong professional and public commitment to a duty of disclosure’ (at least, I would add). That is why, after having read the piece several times, I truly fail to see why the author would combine the discussion of the questions raised by Kochenov’s case with the very different ones raised by the other examples of ‘misguided’ exercise of academic power (Sadurski’s, the Verfassungsblog letter of support for him, or the letter by a group of academics denouncing the BVerfG’s decision in Weiss).

How to be a Constitutional Scholar in Times of Crisis

What is Komárek’s problem with Sadurski? In a nutshell, according to Komárek, Sadurski has abandoned his position as a scholar – an accusation also levelled, albeit implicitly, by András Jakab – by publicly going after the PiS Party, which is responsible for the recent democratic backsliding in Poland. For constitutional scholars must maintain at all costs at least the ‘appearance of neutrality’, and that precludes taking part in partisan politics or ‘public debate’ (for Komárek, the two are points on a continuum, rather than altogether different enterprises). In short, they cannot engage in ‘political activity’. At best, Jakab tells us, if they want to stay in the country and have a clean conscience, they can re-orient their teaching, focussing on theoretical (and/or comparative, historical, international) questions so as to avoid most references to the national positive law. And when they do refer to the positive law of their country in their teaching, the must do so through ‘cursory remarks’, among which they can throw, from time to time, ‘a few critical ones’ – but only by hiding them behind an ‘emotionless lawyerly style’. Speaking out is out of the question. Either you act as a constitutional scholar or as a ‘party politician’ – tertium non datur. In other words, for Komárek as for Jakab, taking a vigorous public stance on the rule of law or other constitutional issues, perhaps pointing out who is responsible for the process of backsliding, is incompatible with being a constitutional scholar.

The Ghost of the Pure Theory, Redux

For Komárek, as we said at the beginning, Sadurski’s behaviour is not just problematic in itself. It also endangers academic freedom more generally, as this latter has a collective dimension which rests on academics preserving (by self-restraint) their scientific authority and integrity in the face of external pressures of all kinds. And the best way to do so, argues Komárek, is through a ‘narrow’ and non-instrumental understanding of the academic mission and of what can be done as part of it. The academic task is to pursue knowledge; to ‘discover truths rather than adhere to truths already established’. Sadurski, and those 700 academics who have signed the letter in his support, have fallen foul of the academic mission. They have engaged in ‘partisan’ politics (or, as we might otherwise put it, public discourse).

Komárek adopts a narrow understanding not only of what constitutes the proper academic task – the pursuit of knowledge – but also of what this means specifically in the legal domain. Is it within the boundaries of ‘legal knowledge’ for a US constitutional law scholar to illustrate and discuss with her students how the US criminal justice system is institutionally racist? And would it make any difference if she were to say this outside the classroom, for instance during a rally of the Black Lives Matter movement? I suspect that for Komárek, this US professor would, like Sadurski, have too fallen foul of the demands and constraints of the academic role. And yet, what constitutes – or should constitute – legal knowledge is in itself not a fixed notion. By now, it should be clear that any knowledge of a legal system which does not include also awareness of how the law works in action (vis-à-vis the law in the books) is, at best, defective. This is particularly important because, as recent empirical work indicates, the perceived sense of justice in the system by citizens is a key driver of compliance with legal norms. The overall (perceived) justice of the system and its efficacy are interlinked. Therefore, a working legal system – a legal system that performs, at least at a minimally sufficient level, the function of organising conduct and resolving conflicts in society – cannot be unjust in the eyes of a significant part of the population. If this is not part of legal knowledge, I am not sure what it is.

Even if Komárek doesn’t mention it explicitly, the ghost of Kelsen’s Pure Theory of Law hovers prominently over his keyboard. One of Kelsen’s main aims was, in fact, to ‘purify’ legal scholarship from political ideologies – and to do so legal science must focus on cognition of the law, and cognition of the law alone. Komárek’s account echoes Kelsen’s ideas in many respects. The problem is that we now know, of course, that legal science doesn’t need to be purified of anything. The idea that scientific truth – at least in social sciences – can be established ‘objectively’, and independently of evaluative choices, has been thoroughly debunked for at least four decades now. As Jakab implicitly admits, even an action seemingly so ‘a-political’ as deciding which materials to include in a constitutional law course (or, mutatis mutandis, which areas to research) is laden with evaluative choices underpinned by individual preferences and beliefs. And some of those preferences might be completely unconscious.

Furthermore, there is another reason why legal science cannot be ‘pure’. It is because law is inherently and constantly responsive to, if not partially constituted by, its theoretical elaboration. As I put it in my forthcoming book, ‘legal science bears an inherent reflexive quality, in the sense that it can performatively impact and ultimately modify its very object of study’. For this reason, even claims that are not normative – i.e. claims about what the law in a given system is, not about what it should be – can pragmatically impact the law as it is. A clear example of this is a court adopting a definition of a legal institution as elaborated in a textbook or other scholarly contribution. And more generally, as masterfully put by Neil MacCormick, because of the type of thing laws are, ‘they exist by being believed in, rather than being believed in by virtue of their [mind-independent] existence’. Nowhere is this clearer, perhaps, than in the case of international law. But the point applies to constitutional law as well: if the violation of constitutional norms and principles by the government of the day is simply a neutral ‘fact’ to take note of in one’s classes (if at all), without explicitly denouncing it for what it is – an unlawful behaviour –, then what is the point of having an entrenched constitution in the first place?

This brings me to my last criticism. For a constitutional scholar it is not only possible, but actually a requirement, to denounce violations – by whomever – of constitutional norms and principles as such. This is not a matter of politics, as Komárek believes, but of law – at least if we take the paradigm shift brought by modern, entrenched constitutions seriously. Luigi Ferrajoli has illustrated this paradigm shift, perhaps more than anyone else, over the course of the last 30 years, starting with his 1989 Diritto e Ragione (Law and Reason). Because of modern constitutions, legislation is no longer the ‘supreme’ legal reference that can only be criticised from an extra-legal viewpoint. On the contrary, it can be the object of legal criticism if it is indeed adopted in violation of the formal or substantive norms on its production as established by the constitution. In Ferrajoli’s terminology, the ‘ought’ of legislation – the legitimacy conditions under which we can think of legislation as valid law – has become a legal one, that is, internal to the legal system itself. It is the basis on which, in countries with strong constitutional review, legislation might be struck down by the supreme or constitutional court. That is to say, violation of constitutional norms and principles is not a political, but a legal fact and, as such, part of any minimally sound understanding of ‘legal science’ in constitutional democracies.

The conclusion is that the kind of narrow (and frankly outdated) understanding of legal science, and of constitutional law scholarship in particular, defended by Komárek is not only untenable from an epistemic point of view, but also normatively precluded by the pragmatic revolution brought about by entrenched constitutions. Many of those constitutions, and the liberal values that permeate them, constitute the reaction to the mass atrocities committed by autocrats in the first half of the 20th century, often in the face of academic silence (if not full-blown endorsement). Therefore, a constitutional law scholar that does not denounce attempts to subvert the constitutional order as such is actually sacrificing the pursuit of legal knowledge at the altar of a misguided – and historically damned – attempt at ‘neutrality’. The sound of academic silence, in the face of constitutional regression, is deafening.

Acknowledgements: The author would like to thank Martin Kelly, Alex Latham-Gambi, and Felipe Oliveira de Sousa for incisive comments on previous drafts of this post. 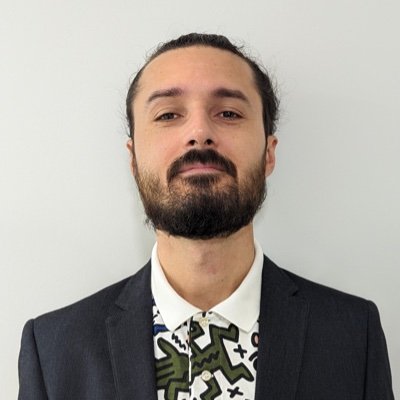