Mattias Kumm argues that the populist challenge to constitutional democracy is systemic, because it takes aim at all of the core features of constitutional democracy, as opposed to targeting one of those features in isolation from the others.  For Kumm, populists deny the idea of legitimate opposition and the claim that pluralism is the normal condition of politics, whereby those who lose electoral competition nonetheless have a right to oppose the government, hold it accountable, and contest for power in the future; reject the idea of legitimation of public decisions by independent, impartial institutions such as courts and bureaucracies, and instead take an opportunistic stance toward institutions and procedures; resist the embedding of the state in transnational legal structures that are thought to be part and parcel of constitutional democracy; and posit that the demos shares a pre-political bond of ascriptive identity such as ethnicity, religion, and/or language, in contradistinction to the Kantian notion of a contingent people of those who are subject to the state’s jurisdiction and therefore to whom justification is owed.

Is there a way to enhance the resilience of a constitution to ensure its survival in the face of an attack by this kind of populist challenge? I set out my argument in four theses.

But the better position is that constitutions can reduce certain risks, even if they cannot eliminate them. On the margin, constitutional design can make a difference by making decisions more difficult, by creating delays and roadblocks.  While these obstacles – what some scholars have called “speed bumps” – can eventually be overcome, in the interim they create focal points for political mobilization in defence of the constitutional order (as I have recently argued).  In some cases, all constitutional design has done is to forestall the inevitable, although the obstacles created in the meantime have been very real.  Take the example of Turkey.  While the AKP has appeared to have captured the state through successive waves of constitutional reforms, it is undeniable that the institutions and procedures of the Turkish constitutional order stood in its way, slowing down that process and introducing a degree of uncertainty into it.  In addition to the Turkish Constitutional Court, the practice of electoral democracy, including periodic, multi-party elections, was crucial.  Rather than posing a threat to constitutional democracy, democratic politics is integral to its defence – and constitutional design can assist in this task.  Those delays, especially if they occur across multiple electoral cycles, are the best we can hope for.  The prospects for survival can be enhanced, albeit not guaranteed.

Second, the populist challenge to constitutional democracy is widespread, but misunderstood.  Commentators often conflate autocrats with populists. Let us first consider how an autocracy may result from democratic backsliding.  It is a universal law of politics that incumbents attempt to reduce the risk of losing power in future elections by dampening political competition.  They frequently do so through means falling short of abolishing democracy outright – for example, by manipulating electoral system design and the laws governing political formation and financing, restricting the right to vote, capturing electoral oversight institutions, and so on.  An autocrat, in many ways, is a democrat who succeeds at entrenchment (such as the Democratic Party did in the American South after the Civil War).  If an autocrat wins successive elections under such conditions, it is hard to coherently conceive of an autocratic majority.  But in an important sense, that majority is a false one, because electoral competition is rigged.  Had elections taken place under free and fair conditions, a would-be autocrat might have lost.

Populists are different, because they claim to represent a true electoral majority, and might genuinely command majority support, even if the conditions of political competition are free and fair.  Elections are not a Potemkin exercise, a mere public ritual to ratify the rule of an autocratic elite; rather, they bring to power a party with a genuinely broad and deep political appeal.  But nonetheless, any political movement, even a populist one, is a coalition, and populist coalitions encompass at least two groups. On the one hand, there are autocratic elites, who have a cynical view of the electoral process, which they view as a means for seizing and maintaining power, and who invoke populism for instrumental ends.  And then there are voters, a significant proportion of whom lead lives of precariousness, insecurity, and risk – both material and cultural.  For these individuals, the existing political party configuration created a genuine “representation gap” which fuelled their turn to populism.

The distinction between autocrats and populists has important implications for the goals and means of constitutional resilience.  In relation to autocrats, constitutional resilience should consist of the entrenchment of baselines or fundamentals – what an Indian public lawyer would call a basic structure. To be sure, any basic structure would eventually fall victim to autocrats who, through the power of appointment, can capture the institutions of the state over time and undermine the basic structure from within by robbing it of practical effect, as a prelude to its legal dismantlement.  But with respect to populists, the fidelity to a basic structure must at the same time allow for politics that are responsive to the demands of those who have embraced populism.  We must extend an open hand to those who have turned to populism because of a representation gap.  Now needless to say, the boundary of what is basic and enduring, and what can be the basis of innovation and adaptation, is highly contested.  My point is that constitutional resilience must be careful to not overreach and entrench every aspect of the current economic and political order. Indeed, its stability rests on precisely the opposite.

Third, we should distinguish between two conceptions of constitutional resilience.  One view considers the threats to constitutional democracy as coming from populist political mobilization.  Politics is viewed negatively, at best a necessary evil.  This conception of resilience seeks to place the basic structure of a constitutional democracy beyond the reach of politics.  A resilient constitution is a constitution of absolute values that does not yield to countervailing considerations and is not vulnerable to the ebbs and flows of politics and transient majorities. It is entrenched to protect it from change through the ordinary law-making process; indeed, parts of it may be unamendable and eternal.  At the core of this conception of constitutional resilience are fundamental human rights, such as the rights to dignity and life, which populist majorities threaten.  Militant democracy hems in politics, by banning political parties whose combination of platforms and actions threaten the constitutional order.

Fourth – and finally – if the constitutional infrastructure for political competition is at the heart of constitutional resilience, we should broaden the institutional viewfinder of constitutional law behind its traditional and narrow focus on electoral system design and political party regulation.  A promising area of inquiry is the internal rules governing legislative proceedings.  These rules are at the core of so-called “parliamentary law” and are often located in the standing orders and internal regulations of the legislature, not in statutes and constitutions.  They may be adopted and amended by the legislature, albeit not through the multi-step legislative process; and they are enforced not by the courts, but by the speaker.  As the Polish contributors to the workshop highlighted, the weakening of “opposition rights“ in the legislative process has been an important dimension of democratic backsliding which has been largely overlooked, especially outside of Poland where attention has been focused on the capture of the judiciary.  While constitutional designers have imagined opposition rights in terms of voting rules (e.g. super-majorities, vital interest vetoes, etc.), they encompass other tools as well, such as committee chairs, agenda-setting, staff support, oversight powers, bottlenecks (that drive decisions through bodies with enhanced opposition power), and so on.  It is to these issues that our field must urgently turn. 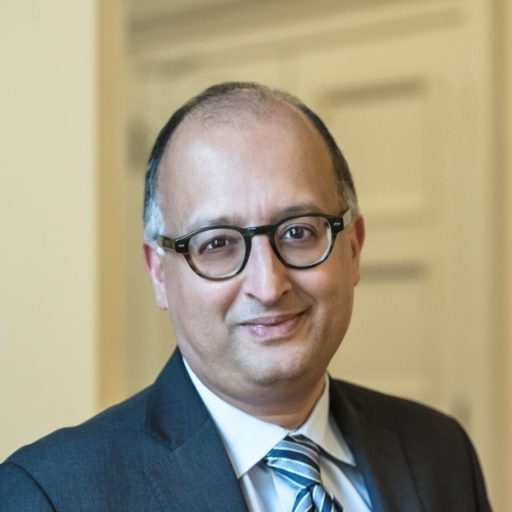 Other posts about this region:
Polen, Ungarn 1 comment Join the discussion
Go to Top